When her friend returns from Africa with a strange skin condition, a doctor suspects a pathogen from out of the past. 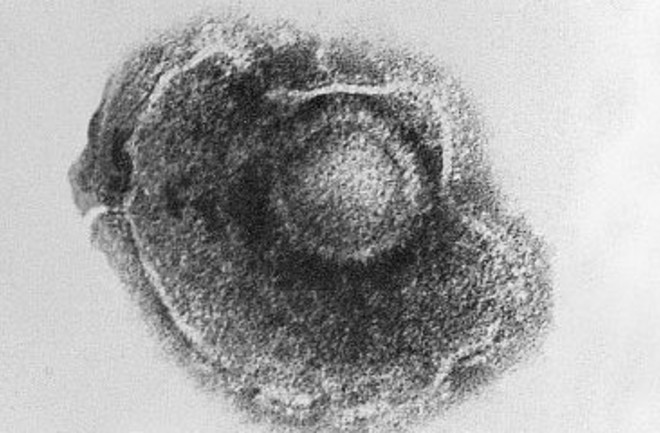 Ay-yi-yeee! the pain running down the back of my arm—like a jolt of current traveling a frayed electric cord—caught me off guard. I had never felt a sensation quite like it. On the other hand: Why not? I had just finished a grueling week of hospital consults. My middle-aged frame was simply complaining in a new way, right? I probably just needed rest. “Move over, Ollie,” I mumbled. My dozing spaniel made space on the living room couch and I soon drifted off, pain forgotten.

Two days later, my fingers found a roughened patch of skin in the same area as that high-voltage twinge. I craned my neck but couldn’t see it. Finally, angling a mirror, I found the telltale lesion: a single nickel-size spot studded with small, fluid-filled bubbles. Aha, I thought to myself. So that explains the burning nerve. That was the moment I realized my body had won a secret battle that I had barely noticed.

But this isn’t my story—it’s Penny’s. Dr. Penny Nelson isn’t just a patient; she’s a longtime friend who has spent decades tackling malnutrition in developing countries. It’s hard to believe the lively pediatrician is now in her 80s. She still travels to a research site in western Kenya where, I have no doubt, the sight of her warm smile, salt-and-pepper hair, and sturdy leather sandals is as beloved to her African coworkers as it is to her colleagues here in the United States. Most recently she has been studying the effects of high-protein foods on child growth and maturation.

Knock on wood, Penny’s health is as strong as her will to teach, trek overseas, and live a full, exciting life—and she does everything she can to keep it that way. Last year, however, something strange and disturbing happened to her. Out of the blue, a few days before leaving Kenya, she developed a low-grade fever, knifelike head pains, and one-sided hearing loss.

At first Penny thought an ear infection might be brewing. She started taking a penicillin-type antibiotic her dentist had prescribed her for an aching tooth. Nonetheless, over the next 48 hours the head and ear pain worsened, and strange bumps resembling fleabites began to erupt on a cheek as well as her chin and tongue. Although she couldn’t see them, she also felt bumps in her ear on the side where her hearing had been affected.

Could This Be a Tropical Disease . . .

By the time Penny landed in Los Angeles, several bumps had ulcerated, others had coalesced into small, scabby lakes, and a new theory had formed in her mind. Maybe chicken pox virus, which had been lying dormant in her body since she was infected in childhood, had escaped from her cells, multiplied, and started migrating down her local nerve tracts. In other words, she might have shingles—a skin eruption, commonly found on the chest and abdomen, stemming from a reawakened, often decades-old chicken pox infection. It was a logical diagnosis except for two facts. One: Shingles sufferers rarely develop lesions in their ears. And two: One year earlier, Penny had received a shingles vaccine, which re-primes aging immune systems to recognize and fight back against varicella-zoster, the virus that causes chicken pox and shingles.

Also weighing on Penny’s mind was the sheer number of exotic blights, from sleeping sickness to snail fever, that a person could contract in the part of Africa’s Rift Valley where she was working. After all, when an illness starts in the bush, you can’t help but worry. While overseas, Penny was exposed to people, insects, and livestock, all of which can harbor some pretty strange microbial stowaways. What if it wasn’t shingles but something more exotic? Because of this nagging worry, within 24 hours of Penny’s return, I received an email from her savvy internist, Joan Grant. Suspecting varicella-zoster, Grant had already prescribed acyclovir, an antiviral remedy. But she and Penny wanted a second opinion.

“Penny!” I cried the next morning after meeting my intrepid pal in my outpatient exam room. “Poor you!” Meanwhile, my eyes swept her face and my brain skidded through a list of skin infections both common and rare: crusty impetigo, an inflammatory infection caused by staph or strep bacteria; a rash caused by tick-borne parasitic bacteria called rickettsia; ulcerating sores from the bites of a sand fly laden with microscopic leishmania parasites. For a heartbeat I even considered anthrax acquired from handling infected animal hides, or orf, a pox virus that can pass from sheep and goats to humans.

As my mind whirred, Penny screwed her mouth into a wry smile and raised her eyebrows. “What do you make of this?” she asked, sticking out her tongue. Reddish lesions, like bumps on a pickle, dotted the tongue’s front two-thirds on the same side as her blistered cheek. Along with the pocks in her ear, the lesions were the giveaway. To reach those two disparate sites, varicella-zoster virus must have traveled specific branches of the facial nerve. Penny had shingles, all right—but in a far-from-ordinary location.

“Ramsay Hunt syndrome,” I breathed, “straight from the textbook. I haven’t seen it in years.”

In 1907, James Ramsay Hunt, a neurologist at Cornell Medical College, published a seminal paper in The Journal of Nervous and Mental Disease. In it he noted that virus-induced inflammation of a knot of nerves (“the geniculate ganglion”) near the auditory canal yields a facial eruption in the exact pattern revealed by Penny’s exam.

Today, the National Organization for Rare Disorders estimates some 15,000 people experience Ramsay Hunt syndrome in the United States each year. For contrast, an estimated 1 million Americans come down with shingles each year.

Penny remained perplexed. “Why did I get it now? And why here, of all places?” she asked, pointing to her ear. “I was immunized last year.”

“Some patients still break out in a modified rash,” I mused. “But this is not a place I would expect a vaccinee to develop lesions.”

I paused and thought harder. “Did something else stir up the dormant virus near your facial nerve, I wonder?”

That’s when an “aha!” look lit Penny’s eyes. “How about major dental work?” she offered. “Earlier this spring, I had several implants done.”

Of course—it was a perfect, recent trigger. The deep bite of the dental drill and fixing of the titanium “roots” of the implanted teeth would have rattled Penny’s immune system, explaining the reactivation of decades-old varicella-zoster virus. It all added up. Now I could safely skip an imaging study of Penny’s head and diagnostic scrapings of her blisters to rule out the various tropical diseases.

Sure enough, two weeks later, after she completed the antiviral treatment prescribed by her internist, Penny’s lesions were gone. We were both relieved. Without prompt, effective treatment, I estimate that Penny’s chance of complete recovery would have been 50-50 or less. Permanent hearing loss, facial weakness, and ongoing pain are common complications of Ramsay Hunt syndrome. Thankfully, my friend experienced none of these.

Now for the coda.

As soon as I spied the bubbly patch on the back of my arm, I realized I had a “forme fruste”—another modified version—of shingles.

For one thing, the jangling, electric-shock sensation I had felt two days before was typical of an acutely inflamed nerve. The pièce de résistance was the cluster of blisters atop my skin lesion—the hallmark of varicella-zoster and its close relative, herpes simplex, the virus that causes cold sores and genital herpes.

Most people don’t realize that shingles can present with a subtle footprint, or even with only nerve pain by itself. “Zoster sine herpete” (roughly translated from the Latin, “shingles minus creeping eruption”) is medical lingo for the second syndrome.

In zoster sine herpete, human immune cells quash the virus before it reaches the skin, but not before it infects the nerve. Accordingly, sufferers fail to develop blisters and scabs but still experience the burning spurts of pain associated with full-blown shingles. Proving that varicella-zoster is to blame is not easy. There’s still no simple test for the virus if the patient doesn’t develop lesions, although many doctors know that varicella-zoster virus is one of the leading culprits for such pain.

My patients often ask if a major or minor case of shingles protects them against subsequent outbreaks. Not necessarily, unfortunately; varicella-zoster remains in the body’s cells even after attacks are treated or resolve on their own. Therefore, the shingles vaccine is currently recommended for healthy people over 60 (today, many experts even say over 50), whether or not they have a history of the disease.

I’m a case in point. Will I stick out my arm for the vaccine after reaching age 60? Absolutely.

Claire Panosian Dunavan is a professor of medicine and infectious diseases at UCLA. The cases described in Vital Signs are real, but names and certain details have been changed.