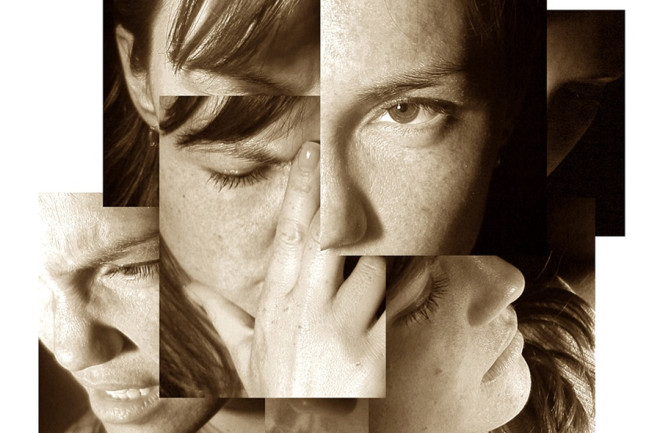 “It’s like being electrocuted,” said Alana, her body quivering. “It keeps happening. Doctors can’t tell me why.”

The 25-year-old had been walking with a friend on a sidewalk when everything started spinning and her body shook. Her chest tightened and she couldn’t breathe. Her friend called an ambulance, which brought her to the emergency room.

Dizzying, heart-thumping experiences like this one had been happening to her every few weeks for eight months. Brain scans showed nothing amiss. A specialist had found no inner ear problem. Her neurologist suspected arrhythmia (or irregular heartbeat), but she hadn’t seen a cardiologist yet to have it checked out.

Her vitals, such as blood pressure, pulse and body temperature, were all normal.

It wasn’t making sense. Here was a fit, young woman who didn’t drink or do drugs. She had never been hospitalized. Yet she seemed close to a complete mental breakdown.

Young professionals being seized by panic attacks is not uncommon. But Alana’s condition seemed to be something else.

Her episodes might be caused by benign positional vertigo, in which people experience a spinning sensation when they move their head. Another possibility was a hyperthyroid condition, but that usually causes a fast heartbeat.

I dismissed both in part because Alana was experiencing pain throughout her body, something not usually associated with vertigo or a hyperthyroid condition.

For a moment I considered she might have an irregular heartbeat, as her neurologist thought. The condition is known to bring about dizziness, lightheadedness and shortness of breath. But Alana’s electrocardiogram, which checks the electrical activity of the heart, revealed no issues.

Sometimes when I’m stumped about the cause of a patient’s complaints, I think about other patients I’ve seen who had similar symptoms, or who had symptoms that manifest in a similar sequence.

As I examined Alana, I thought about Peggy.

Two months earlier, Peggy had arrived in the emergency department sobbing, vomiting and doubling over from stomach pain. She was in the middle of a recurring attack, she told me. It always went the same way: stomach pain, vomiting and an awful taste of sulfur in her mouth.

As we talked about her medical history, Peggy said she also sometimes had migraine headaches. This stopped me for a moment: The hallmark of what we broadly call migraines is recurrent, stereotypical attacks that eventually resolve completely. Could Peggy’s attacks be migraines?

An estimated 36 million Americans suffer from migraines, which typically are severe, throbbing or pulsing headaches, often accompanied by vomiting. Scientists aren’t sure of their root cause, but there appears to be a genetic component, since migraines run in families.

Peggy did not have a throbbing headache when she came in, but recurring symptoms suggested she was having a repeat migraine attack. In an odd twist of neurology, and to the diagnostic confusion of doctors, people can have migraines without headaches. Even odder, the same person can have a different series of symptoms at different times.

The trigger of the attack can also change. For a while it might be a certain smell. Then it shifts to, say, being in a stressful situation.

Eventually we figured out that Peggy had an abdominal migraine, which is accompanied by nausea, vomiting, belly pain and, in her case, that distinctive sulfur taste. Despite multiple medical work-ups and even hospitalizations, it had gone undiagnosed since she was 8 years old.

Another Kind of Ache

“Have you ever had migraines?” I asked Alana as she lay on the stretcher, arms clutching her chest.

“Yes,” she said. “As a teenager, the headaches were so bad, I’d have to take loads of Advil and lie in a dark room for hours.”

Vestibular migraines strike 1 in 100 people. The singer Janet Jackson is among them; her attacks have been so intense that in 2008 she had to cut short a concert tour.

Doctors have plenty of theories on migraine causes. The latest is called cortical spreading depression, which refers to a spontaneous electrical wave that travels through the brain’s cortex.

Migraines, this theory holds, start when the spreading electrical wave activates the trigeminal ganglion, a cluster of neurons that sit close to the brainstem. This sets off a chemical cascade that releases inflammatory proteins along the meninges, the multi-layered outer envelope of the brain that is crammed with pain-producing sensory nerves. This produces the jackhammer headache.

But that’s not the end of it. The electrical and chemical ripples can stimulate neurons throughout the brain, according to this theory. The result is “migraine aura,” the non-headache barrage of symptoms that has been described in medical literature for centuries. Wavy lights are the classic manifestation, but there are many other aura symptoms.

The list includes pain in the arms and legs, and sensitivity to light, noise and smells. Also possible are stomach pain and nausea, as Peggy had experienced, and chest tightness and vertigo, Alana’s primary symptoms. In addition, migraine auras can cause temporary, partial or full blindness, as well as muscle weakness.

One recent patient at the emergency department was unable to speak. We’d almost treated her for a stroke, but something didn’t fit. After the attack passed, she said her migraines often appear as strokes.

Migraine auras and pounding headaches are inconstant partners. An attack might precede or accompany a headache. Or it might go solo. Moreover, not all headaches come with an aura.

Calm After the Storm

Migraine treatments are tailored to the specific phases of the attack. At the first sign of a migraine aura or a throbbing headache, a person can be prescribed serotonin-like drugs of the so-called triptan class, taken by injection or pill. Introduced

25 years ago to great fanfare, the drugs work for many patients, but not all. They are most effective early in an attack. Other early phase mainstays include naproxen, caffeine and aspirin.

By the time patients get to the emergency room, their migraines are usually peaking. In those cases, our go-to intravenous drugs include anti-inflammatories like Toradol and anti-dopamine agents like Reglan, which we gave Alana.

Thirty minutes later, I peeked into her room. She was curled up sleeping. I shooed out two of her visiting friends, left the room and closed the door.

I checked on her two hours later. She looked clear-eyed and refreshed.

She rewarded me with her first smile since her arrival. “It’s gone,” she said.

Alana’s neurologist placed her on migraine preventatives — daily magnesium supplements and vitamin B₂. She was given sumatriptan, now one of the more widely used migraine medicines, to take at the first sign of trouble.

Months later, I asked her neurologist how Alana was doing. She hadn’t had any migraine episodes, he said.

The storm had blown offshore, but Alana would still need to guard against incoming waves.