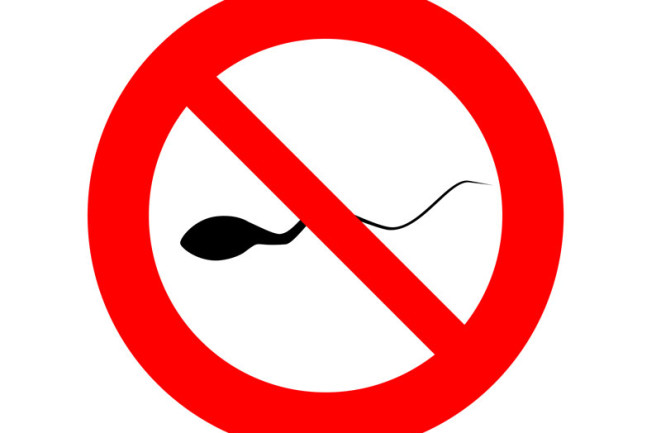 (Credit: Shutterstock) A new male contraceptive is set to begin testing next year. Beginning in April, about 420 men will begin rubbing a hormonal gel onto their shoulders every morning, with the goal of lowering sperm counts below what's needed to cause a pregnancy. If all goes to plan, they and their partners will spend a year relying only on the gel for birth control.

The study is receiving joint funding from the National Institutes of Health (NIH) and the Population Council, a non-profit organization focused on reproductive health. It's another large-scale effort to make a hormonal birth control for men work — a field plagued by hype and disappointment. The gel contains a combination of testosterone and progestin. The progestin serves to suppress sperm production in the testes by lowering the body's natural testosterone levels — the added testosterone compensates for the shortfall. In gel form, the combination should be effective for 72 hours, an advantage over pills, which are eliminated from the body more quickly. Men are still instructed to apply the gel every day to be safe, however.

The contraceptive trial builds on a long history of testosterone as a male contraceptive. The most recent attempt came in 2011, when a WHO-sponsored trial on the verge of success imploded after one of the participants committed suicide. A collaboration between pharmaceutical giants Organon and Sherine in the mid-2000s also failed after some of the men reported mood swings and other side effects. There are also questions as to whether testosterone works for everyone. In some trials, not every man involved saw his sperm counts drop far enough to reliably avoid pregnancy. Still, survey studies have for well over a decade indicated that men are willing to try out a male contraceptive. The only real options at the moment are condoms and vasectomies — condoms have a real-world failure rate of about 10 percent and not every man is willing to commit to permanent sterility. Side effects aside, testosterone treatments have been reliably proven to be reversible, that is, men's sperm counts return to normal if they stop taking them. Reversibility is something of the Holy Grail for contraceptive researchers. There are many ways to make men sterile, but none yet that can undo it. At this point, there's enough evidence behind testosterone-based birth control for men that the trial will likely be successful at preventing pregnancies, something back up by a preliminary study of a similar gel-based approach in 2012. The real challenge will be getting pharmaceutical companies to take on the new drug. Many already make birth control for women and worry about stealing their own customers, and haven't yet been convinced that there's enough of a market for male birth control to make it worthwhile. A successful, large-scale trial of a male contraceptive could help to change their minds. We'll have to wait and see.