Ulcer-fighting Robots Swim Through Stomachs to Deliver a Cure 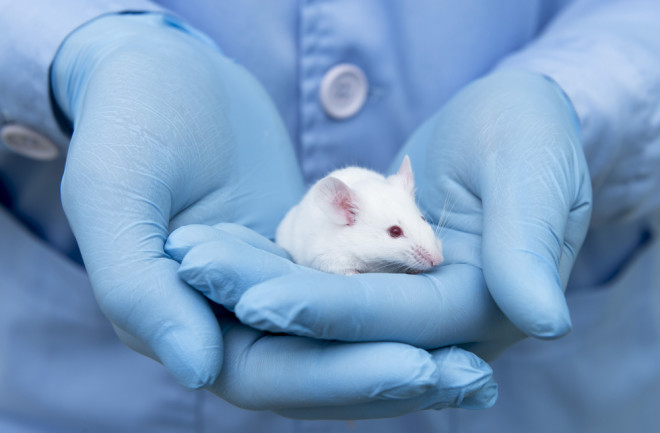 (Credit: unoL/Shutterstock) Tiny robots powered by bubbles have successfully treated an infection in mice. The achievement is another step forward in a field that has long shown promise, and is only now beginning to deliver. The therapeutic robots in this case were tiny spheres of magnesium and titanium coated with an antibacterial agent and about the width of a human hair. They were released into the stomach, where they swam around and delivered a drug to the target before dissolving.

Robots In the Stomach

Researchers from the University of California, San Diego targeted their treatment, which they refer to as "micromotors" to Helicobacter pylori, a species of bacteria that causes ulcers. To treat such infections, drugs must first neutralize the acidity of the stomach, something normally done with a class of drugs called proton pump inhibitors that stop acid production. This can have unpleasant side effects, however, so it's less than ideal. The micromotors accomplish the same task by exploiting the reaction between magnesium and gastric acid, temporarily raising pH levels and creating bubbles of hydrogen that serve as propulsion for the tiny beads. A sticky coating on their surface allows them to stick to the walls of the stomach once they reach it, and when the pH level reaches a certain point, after about 20 minutes, the antibacterial agent is released into the stomach. After delivering their payload, the micromotors dissolve and the stomach returns to its normal acidity within a day. In a paper published in Nature Communications Wednesday, researchers say that their design worked as well as traditional stomach ulcer treatments, but with fewer side effects, when tested in mice. It's another example of fine-tuned drug delivery using tiny robots — or bubble-shooting spheres. Such treatments could revolutionize drug delivery, allowing doctors to send swarms of tiny robots directly to infection sites or tumors and target the problem areas with greater precision. Motor methods ranging from sperm-like flagella to magnetic fields to actual bacteria have been proposed, but real tests have so far been limited. Several other treatments have been applied in mice, with some success, but the field has seen nothing in the way of human trials. While this was also a mouse study, the efficacy and lack of side effects will help to clear a path to human trials. The only downside at the moment is that this treatment is tailored specifically to ulcers — the micromotors in their current form only work in the stomach where they have plenty of acid to act as fuel for their motors.