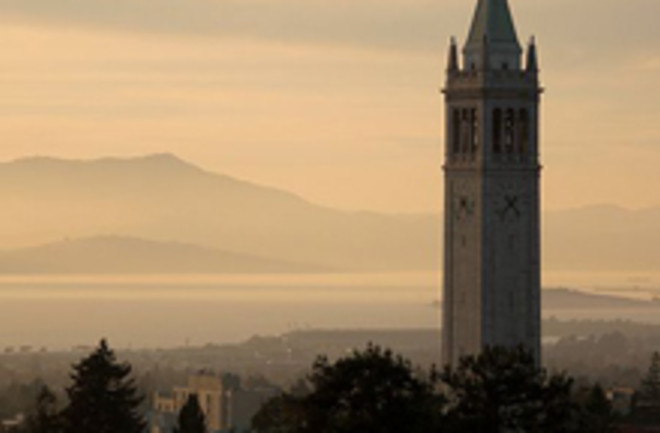 Is it medicine, or is it not? In May, the University of California, Berkeley unveiled its "Bring Your Genes To Cal" program. The idea was, Berkeley's 5,500 or so incoming freshman would have the option to have their DNA tested for three particular characteristics: Their metabolism of folate, tolerance of lactose, and metabolism of alcohol. Though the program was limited, it raised privacy hackles. And now the State of California has ruled: This is a medical test, and Cal can't do it unless it's in a clinical setting.

Mark Schlissel, UC Berkeley's dean of biological sciences and an architect of the DNA program, said he disagreed with the state Department of Public Health's ruling that the genetic testing required advance approval from physicians and should be done only by specially-licensed clinical labs, not by university technicians. The campus could not find labs willing to do the work and probably could not afford it anyway, Schlissel said. He also contended that the project deserved an exemption from those rules because it was an educational exercise [Los Angeles Times].

If you've been following this summer's stories about personal DNA

tests, this probably sounds familiar. The simmering question of whether or not they are "medical," and therefore how they ought to be regulated, began to reach a boil after Walgreens announced its intention to sell DNA tests

in its brick-and-mortar stores. In June, the FDA stepped in

and said the tests are medical, and therefore it has the right to make the rules for them. The Cal program's leaders say they got about 700 samples returned as part of the voluntary program before the state clamped down on it. Because of the state's ruling, the university can't return individual results to students, but the researchers can analyze the samples to present the entire group as a data set—and then they must incinerate them. Revealing himself to be a true teacher at heart, Berkeley geneticist Jasper Rine

says the short-lived program was a success anyway because it provided a learning experience.

“Most of the benefit of this program has already been had,” Rine told reporters – “Every single student who opened the envelope had to make a judgment for themselves” regarding whether or not to get tested. The two biologists also said that the Berkeley program would undoubtedly raise wider issues of how universities around the country use genetic information, for both educational and research purposes [Nature].

A teachable moment may be all the Berkeley scientists get for a while. The experiment has shown that even a testing program with a limited scope can't escape vexing questions about handing over the keys to individuals' DNA.

Critics had raised questions about how the genetic information, even seemingly innocuous, could be misinterpreted or misused. For example, students who learn they metabolize alcohol well may mistakenly think they can overindulge without consequence [San Francisco Chronicle].

And given the authority relationship between a university and its students, allowing the school access to its students' DNA invites the possibility of abuse, no matter how benign the intention or how detailed the legal papers. Related Content: Not Exactly Rocket Science: How I Got My Genes Tested

80beats: FDA: We're Going To Regulate Those Personal Genetics Tests, After All