That is the sound of a celebratory bird call. Celebrating the newly crowned 2006 World Series Champions!!! 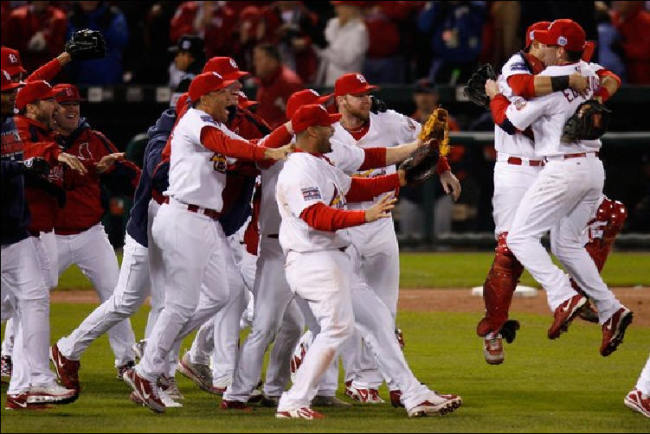 The St. Louis Cardinals have just won their 10th World Series title out of 17 World Series appearances since the beginning of the franchise in the late 19th century. That record is second only to the Yankees. Their last World Championship title was in 1982 (I remember doing Quantum Mechanics homework while watching the games), and before that '67 (I was too young to notice), and before that '64, and before that...was way way before my time. Of course, the whole "World Series" thing is a bit of a misnomer since it only involves teams from North America, but tonight I don't think anyone from St. Louis notices or cares. The St. Louis fans did their part to support and bring good luck to their team: 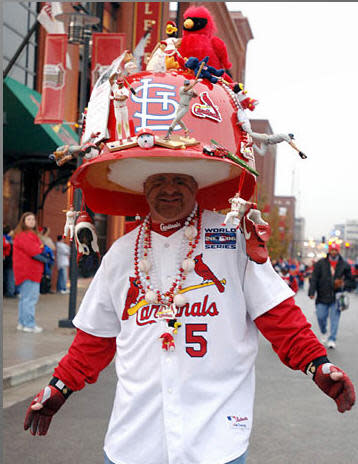 As for me, I've been glued to the TV and sported a different t-shirt from my collection each day this week. I also dusted off my lucky hat which I've had since high school. Time for some champagne for a toast to the Redbirds!