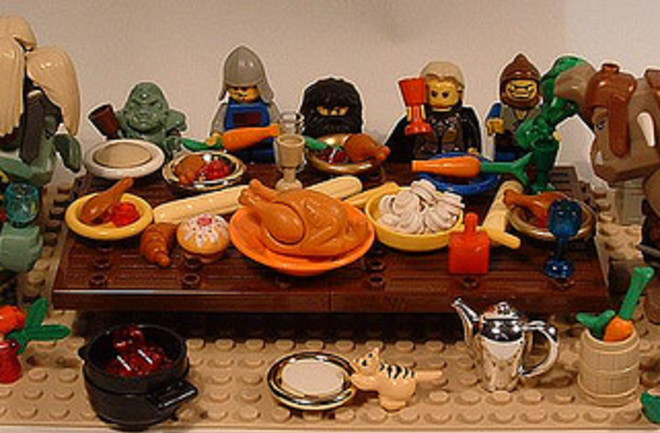 Photo: flickr/martha_chapa95To celebrate Thanksgiving, we've compiled a list of scientific articles related to turkey, eating, and even pilgrims. Some of the links are to previous posts, but others go right to the primary literature. Enjoy! 1.

Investigation of the best suture pattern to close a stuffed turkey.

"A randomised trial involving 15 turkeys was performed in order to evaluate skin disruption scores and cosmetic outcomes following the use of different suture patterns. " 2.

Are you really happy, or is it just the nutmeg in your pumpkin pie?

"The typical spices used in winter include nutmeg, cinnamon, clove and anise. These spices contain two groups of chemicals, the allylbenzenes and their isomers, the propenylbenzenes. It was suggested 40 years ago by Alexander Shulgin that these substances act as metabolic precursors of amphetamines." 3.

The effect of the Thanksgiving holiday on weight gain.

New diagnostic test to determine whether you overdid it at Thanksgiving?