Tumor-Monitoring Implant Could Give Advance Warning of Growth 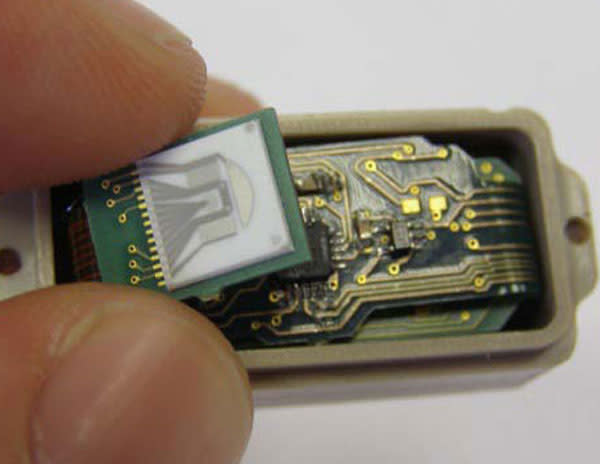 The blood oxygen-monitoring chip, which is about 2 cm long and encased in plastic, is still in the early stages of testing.

What's the News: Scientists in Germany are developing a chip that keeps track of blood oxygen levels for implanting near tumors

. When blood oxygen levels drop, signalling a burst of tumor growth, doctors would be alerted immediately, jump-starting the treatment process. How the Heck: