Trendy Keto Diet Could Help With Some Cancer Treatments 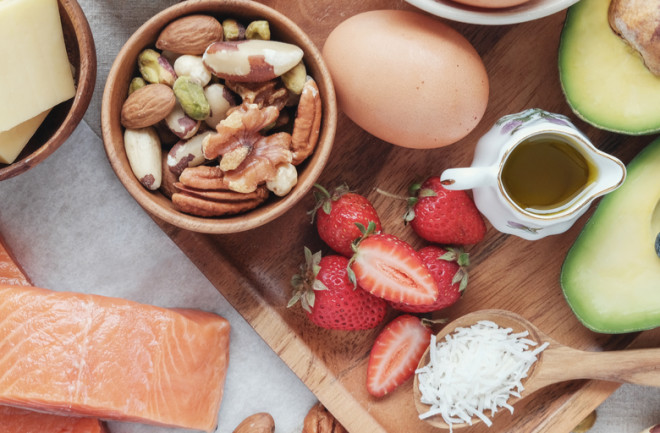 (Credit: SewCream/Shutterstock) In recent years, scientists have developed drugs that can help shrink cancerous tumors. Several of these target P13K, an enzyme involved in cellular growth that is known to contribute to causing cancers. But the anti-cancer drugs that target P13K don’t work as well as scientists had hoped. The problem is that the drugs also cause a spike in insulin, which helps tumors grow. The spike could compromise the effectiveness of the cancer therapies. One solution is to supplement a patient’s cancer treatment with a ketogenic diet, composed of low-carb, high-protein and high-fat foods, according to a study published July 4 in Nature. Researchers found that the diet improved the effectiveness of anti-cancer drugs by reducing blood insulin. The study involved mice models at Weill Cornell Medicine and Columbia University, and was overseen by cancer researcher Lewis C. Cantley, the lead author of the paper.

Since the 1920s, so-called keto diets have been used in medicine to reduce epileptic seizures. More recently, the diets have supplemented standard treatments for Type 2 diabetes and cancer. Keto diets can drop the body’s level of glycogen, a form of the cellular fuel glucose. The body switches from glucose to fatty acids as a fuel, which burns fat, enabling people to lose weight. The switch also generates the production of ketones, which are energy molecules that are made in the liver. Some metabolic researchers say the release of ketones can improve the body’s ability to fight diseases, including cancers. But keto diets have not always been effective in supplementing standard treatments for some types of cancer. In mice studies involving acute myeloid leukemia, a cancer of the blood and bone marrow, for instance, the dietary change actually accelerated the disease, the Nature paper says. Keto diets for weight loss have become popular in recent years. But some nutritionists and scientists have expressed concern about their dietary composition. “Most ketogenic diets include saturated fats that promote atherosclerosis,” or hardening of the arteries, which can lead to heart disease, says Mark Mattson, a neurosurgeon and dietary researcher at Johns Hopkins University and the National Institute on Aging. So while ketogenic diets show some promise in helping fight cancer and in weight loss, more research is needed. In the Nature paper, the authors conclude that strategies combining dietary changes with a standard cancer therapy offer some benefits and is an area that should be explored further.