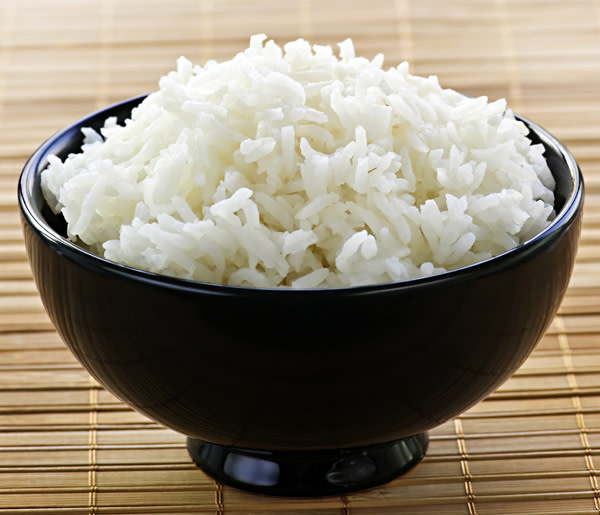 It’s been more than a decade since scientists first raised an alarm about arsenic levels in rice---an alarm based on the realization that rice plants have a natural ability to absorb the toxic element out of the soil. Since then study after study has confirmed that rice products contain more arsenic than those of any other grain. In response, consumer health advocates have pushed for regulatory agencies to set a safety standard for rice (more on that story in my forthcoming feature story in the October 2013 issue of Discover). China, a high rice-consumption country, has already moved to do so. The World Health Organization is currently taking comments on a proposed safety standard. And last year---in a somewhat grudging response to pressure from activist groups in this country---the U.S. Food and Drug Administration announced that it was also studying the issue.

And studying and studying, apparently. Although the FDA released some data on arsenic contamination of rice last fall---in direct response to a comprehensive report on the issue from Consumers Union researchers---the agency has yet to provide any further information or to set a deadline on when it might set a protective limit. In frustration, public health researchers at Consumers Union and the attorney general of Illinois, Lisa Madigan, last month wrote to the FDA asking why the agency was moving so slowly to protect American consumers, underlining the point that the agency’s preliminary results found the taint of arsenic in pretty much every rice product tested. In the weeks since then the FDA has neither budged nor attempted to clarify the situation for the public. A story on the subject by the Chicago Tribune noted that when queried the FDA refused to provide any information (my experience with this agency, by the way). And the USA Rice Federation insisted, “no arsenic related health effects from eating rice are known” (also my experience with the association). However those assertions---and the agency’s apparently reluctant approach---may need revising: A study released last week has shown the first direct link between rice consumption and arsenic-induced genetic damage.

Researchers from the University of Manchester and the CSIR-Indian Institute of Chemical Biology studied 400 people living in the West Bengal region of India for whom rice was a dietary staple but who were not exposed to arsenic through other sources, such as drinking water. They collected subjects’ urine and screened thousands of cells shed from the lining of the urinary tract (found floating in urine). They focused on these cells because they can be acquired through a simple non-invasive procedure and because arsenic has been linked to diseases of the gastrointestinal system. The researchers were specifically looking for micronuclei, aberrant nucleus-like growths that form in damaged cells. Micronuclei testing is a standard screening measure for compounds that cause genetic damage (sometimes referred to as genotoxic), and which are thus considered a cancer risk. Arsenic is linked to a host of human cancers, including malignancies of both bladder and lungs.

A Diet of Rice

The scientists also ran a chemical analysis of arsenic in cooked rice provided by the test subjects. Since subjects mainly get rice from the same place year-round---either their own fields or neighboring fields---the researchers could calculate a consistent level of exposure from the rice products in question. When the two variables were analyzed the researchers found a clear association between the level of arsenic in rice and the number of abnormal micronuclei in subjects’ cells. The findings were reported last week in Scientific Reports. In particular, the authors noted measurable cell damage when the arsenic concentration in rice was at or above 2 milligrams/kilogram (or about 2 parts per million). Interestingly, this is the safety level for inorganic arsenic compounds now being proposed by the World Health Organization. These inorganic compounds (a chemical term meaning they contain no carbon) are considered the most poisonous arsenic compounds.

Though this is the first study to solidly link arsenic in rice to cellular damage, past research has shown that the element is absorbed into the body via rice consumption. One example is a 2011 study by medical epidemiologist Margaret Karagas of Dartmouth College and her colleagues. The Dartmouth group looked at pregnant women in the New Hampshire area who were eating rice on a regular basis. They found that arsenic levels in these women’s urine were up to 56 percent higher than in women who avoided eating rice. The recent results put new emphasis on why that matters: "Although concerns about arsenic in rice have been raised for some time now, to our knowledge, this is the first time a link between consumption of arsenic-bearing rice and genetic damage has been demonstrated,” said Professor David Polya, who led the Manchester team. Polya added that the study “vindicates increasing concerns” about the adequacy of regulation of arsenic in rice---the exact concerns raised by consumer health advocates in the United States last month, and last year. The FDA, nudged by organizations such as the Consumers Union, did set a safety limit on arsenic in apple juice this summer---choosing 10 parts per billion, the same level set by the U.S. Environmental Protection Agency for drinking water. But for rice, as they say, the ball is in the FDA’s court. And we are waiting for the return. Image by Elena Elisseeva / Shutterstock