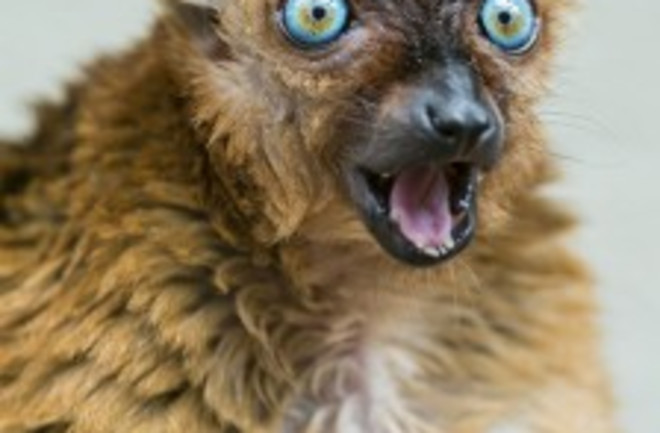 Photo: flickr/Tambako the JaguarIf you think gazing into someone else's eyes for a long time becomes uncomfortable rather quickly, imagine if you were a subject in this study, and were asked to stare into a stranger's eyes for ten whole minutes. Turns out that it's a lot more than just awkward. They actually started to experience hallucinations, likely brought on by "a dissociative state induced by sensory deprivation." So there you have it: look deeeeep into my eyes... at your own risk!Dissociation and hallucinations in dyads engaged through interpersonal gazing. "Interpersonal gazing in dyads, when the two individuals in the dyad stare at each other in the eyes, is investigated in 20 healthy young individuals at low illumination for 10-min. Results indicate dissociative symptoms, dysmorphic face perceptions, and hallucination-like strange-face apparitions. Dissociative symptoms and face dysmorphia were correlated. Strange-face apparitions were non-correlated with dissociation and dysmorphia. These results indicate that dissociative symptoms and hallucinatory phenomena during interpersonal-gazing under low illumination can involve different processes. Strange-face apparitions may characterize the rebound to “reality” (perceptual reality caused by external stimulus and hallucinatory reality caused by internal input) from a dissociative state induced by sensory deprivation. These phenomena may explain psychodynamic projections of the subject׳s unconscious meanings into the other׳s face. The results indicate that interpersonal gazing in dyads can be an effective tool for studying experimentally-induced dissociative symptoms and hallucinatory-like apparitions." Related content: Scientists made people wear blindfolds for 4 days. The resulting hallucinations were incredible.Apparently, vigorous orgasms can burst a blood vessel in your eye and blind you.Forget tooth whitening — eye whitening might be the next big thing!