High hopes for the holidays can be accompanied by "holiday blues." Here’s how to handle them. 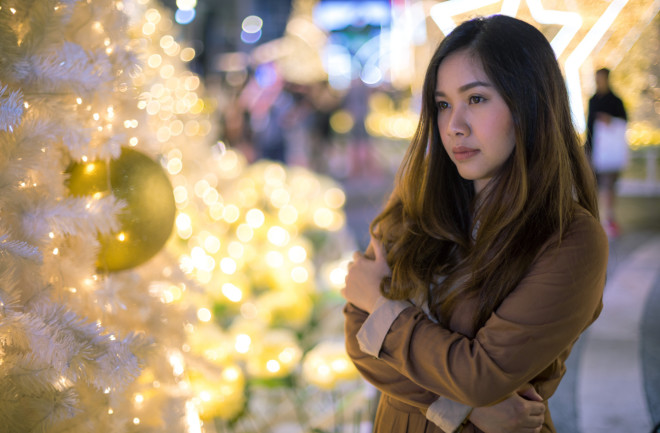 We often have huge expectations for the holidays. We imagine our friends and family assembling to share a scrumptious meal, to trade presents and to generally get along. And yet, the holidays seldom play out the way we envision. For many, the season instead fosters feelings of sadness and stress.

These feelings, alongside fatigue, frustration and anxiety, are all signs of the “holiday blues” — a temporary malaise that troubles millions of individuals each year, according to the National Alliance on Mental Illness. For them, even simple activities can become tiresome. Sometimes, they see changes to their appetite and sleep schedule or struggle to appreciate activities they previously found fun.

If these symptoms seem reminiscent of other heavy-hitting mental health issues, including depression and anxiety, there's a pretty good reason. According to NAMI, 64 percent of people already diagnosed with a mental illness say that the holidays exacerbated their symptoms. Let's get into why.

Of course, no one needs a diagnosis to feel fatigued, frustrated or overwhelmed throughout the season. Psychologists point out that anyone can become bogged down by holiday blues, an ailment that differs from depressive disorders, anxiety disorders and seasonal affective disorder — a debilitating condition that coincides with seasonal changes in sunlight and can be present for as much as 40 percent of the year.

According to Elaine Rodino, a Pennsylvania psychologist in private practice, the biggest distinction is that holiday blues are temporary, typically appearing around November and fading in January without therapy or other treatment. “These feelings should dissipate,” she says. “If they continue for several weeks beyond the holidays, then maybe something deeper is going on, and the person does need psychological help.”

Another important distinction is that the holiday blues are situational, appearing thanks to circumstance and without the internal, chemical causes that characterize disorders such as depression and anxiety. Though these conditional triggers come in all shapes and sizes, the following often appear as common sources of such feelings:

These situations, she adds, are not isolated to the holiday season. Rather than produce new problems, the season simply intensifies the issues and feelings that individuals face at any other time of the year. “They most likely will go through this in the same way they handle other times when they may be sad or anxious,” Rodino says.

At the core of this intensification, Rodino says, are the high hopes that the holiday season holds: “The media does a pretty intense job of hyping up the holidays.” Traditional holiday imagery shows families present and content, speaking amiably and piling up presents to share. This standard is idealized and almost impossible to accomplish, she says, though many individuals strive to attain the unattainable. “When people feel that they can achieve that, or they try to achieve that and it doesn’t quite work, they feel like somehow they’ve failed. That they’re inadequate."

Many professionals agree that unreasonable aspirations are a significant source of dissatisfaction. “There's this tradition of holidays,” says Pauline Wallin, a Pennsylvania psychologist in private practice. “The holidays don't measure up to the ideal.” Even those who anticipate the festivities all year can frequently find themselves stressed in preparation.

Thankfully, psychologists say there are several strategies you can use to mitigate these issues:

All in all, psychologists advise people to treat themselves compassionately. “It is good for people to know that this is a condition that's pretty normal, that they’re not alone and that it ends,” Rodino says. “It’s short-lived.”