Think Your Bread Is "Made With Whole Grain"? Check Again 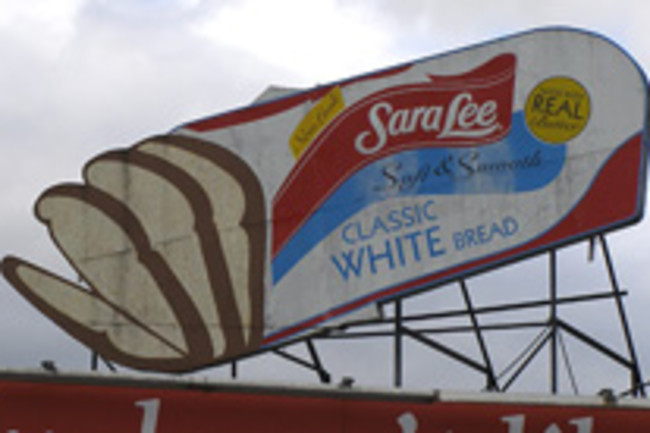 Here's a heartening example of advocates calling out the food industry on its blatant label obfuscation: Baked goods giant Sara Lee has agreed (after some aggressive prompting) to change the "whole grain goodness" label on its best-selling Soft & Smooth bread to indicate the truth: that the bread's composition of whole grains is only 30 percent, meaning 70 percent of it is made from ultra-unhealthy refined white flour. BusinessWeekreports that the company acquiesced to the change after threat of a lawsuit came from the Center for Science in the Public Interest, a non-profit watchdog group that specializes in nutrition and food safety. But what about the FDA? Shouldn't it be regulating misleading labeling of so-called "healthy" products? It's no secret that the food industry is notorious for slapping "healthy-sounding" labels on food that barely scrape by the minimum requirements, but so far the agency has done little to stamp out the practice. In 2006, it released a statement acknowledging that unqualified "whole grain" labels could be confusing to consumers and stating the following:

Manufacturers can make factual statements about whole grains on the label of their products, such as "10 grams of whole grains," "½ ounce of whole grains,"... and "100% whole grain oatmeal"... provided that the statements are not false or misleading ... and do not imply a particular level of the ingredient, i.e., "high" or "excellent source."

So what was the food industry's response? Use unqualified wording like "made with whole grains" to sidestep FDA guidelines. Given the fact that despite a ramp-up in nutrition education for consumers, obesity rates are going nowhere but up, it might be worth the FDA's time to consider cracking down on some of the innumerable gray areas in food packaging and advertising. Otherwise, Skittles won't be the only candy on the shelf touting "All Natural Flavoring" and "Made from natural ingredients."