These Four New STIs Are On the Rise

With cases of STIs on the rise, basic methods of protection are more important than ever. 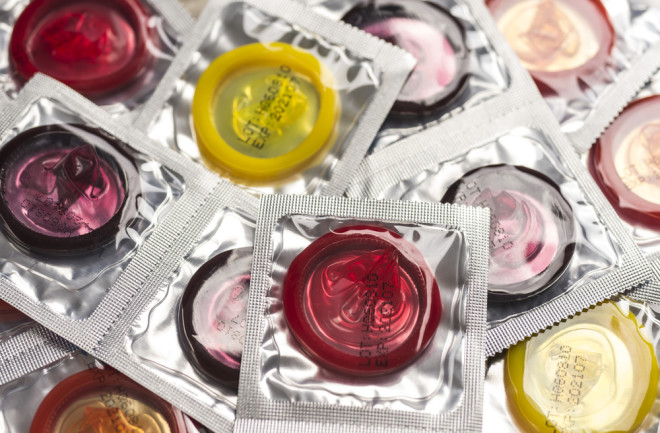 When it comes to sexually transmitted infections (STIs), we all know the classics: Syphilis, chlamydia, gonorrhea and the like. But these health-class terrors are not the only microbes that can get passed on through sexual contact.

There are more than 30 known STIs, and four in particular are becoming more common at a worrying rate. Some are developing antibiotic resistance, while others are simply dangerous. Men who have sex with men (MSM) seem to be at highest risk, though the STIs can spread to others as well.

It’s led scientists to search for new ways to combat STIs. As director of Johns Hopkins International STI Respiratory Diseases, and Biothreat Research Laboratory, Charlotte Gaydos is on the cutting edge of STI science. She helps develop new diagnostic tools to detect these pathogens. But even as we’re getting better at diagnosing them, she says STI cases are rising thanks to lingering stigma about getting tested, as well as funding cuts at the Centers for Disease Control and Prevention (CDC.)

“It’s not just an epidemic, it’s a crisis,” Gaydos says. In light of that, Gaydos says education is our first defense. [These are four STIs that on the rise, some of which are growing antibiotic resistance, and what people should know about them.]

Scientists have known about Mycoplasma genitalium since at least 1981, but the CDC first acknowledged it as an STI in 2015. Meanwhile, cases of this infection have been on the rise, though the microbe currently infects less than 2 percent of people in the US. Commonly known as Mgen, this extremely tiny bacteria likes to colonize the urethra and genital tract, but often doesn’t cause symptoms. But, in some cases, it leads to an inflammation of the urethra, similar to gonorrhea or chlamydia.

Left untreated, Mgen can cause scrotum pain and swelling for men and damage the fallopian tubes in women, causing vaginal bleeding and infertility. In addition, Mgen is highly resistant to many antibiotics, though more expensive ones like moxifloxacin are effective. Because of its lookalike symptoms and rarity, it means that doctors can misprescribe treatments for it, prolonging symptoms and possibly leading to further harm.

Meningitis is a swelling of the protective membranes covering the brain and spinal cord. It can be deadly, and is caused by a number of things including parasites, fungi and viruses — and the sexually-transmitted bacteria Neisseria meningitidis (NM).

The bacteria appear to have recently adapted to survive in the genitals, making them sexually transmissible. This is likely because NM is closely related to Neisseria gonorrhoeae, the bacteria responsible for gonorrhea. Symptoms from the two can be mistaken for each other, and they may have exchanged DNA at some point.

The microbe doesn’t always cause symptoms, but can be spread via oral sex and cause inflammation of the urethra, as well as the aforementioned brain-swelling. Though meningococcal vaccines cover NM, about 1 in 10 people still have colonies of it living in the back of their throat.

This is troubling because gonorrhea is slowly becoming resistant to all but a few antibiotics, meaning NM could one day develop the same ability. In the meantime, scientists hope to find better ways of tracking this bacteria.

Shigella flexneri is a nasty little bug in a family of pathogens that cause violent diarrhea, including E. coli and Salmonella. It’s normally spread when people don’t wash their hands or drink contaminated water, but it can also be spread through rectal sex, Gaydos says. Small outbreaks have been observed in the MSM community, and worries are mounting that it’s developing antibiotic resistance.

“It’s highly infectious,” Gaydos says. “You only need an inoculation dose of between one and ten organisms, whereas for Salmonella you may need a thousand organisms to infect someone.”

Chlamydia trachomatis is an STI familiar to many people. One strain of the bacteria can lead to chlamydia, which manifests itself as a burning sensation during sex or urination, uncomfortable discharges and even blindness if left untreated. But it can be even more troublesome if the bacteria gets into the lymph nodes (though the strain that causes genital chlamydia can’t survive there).

If this happens, it’s called Lymphogranuloma venereum (LGV), which was almost unheard of, except in Africa, until about 15 years ago, according to Gaydos. However, an LGV outbreak in Amsterdam amongst MSM, most of whom were positive for HIV, brought this disease to the attention of European clinicians. At first they didn’t recognize it.

Because the men were immunocompromised from HIV, the infections were so serious that doctors thought they had bowel cancer, Gaydos says. “People were even scheduled to go to surgery for cancer and then they realized that they were LGV organisms and that you could just give antibiotics and treat them. So it was a huge deal.”

It’s not difficult to protect against these microscopic contagions, and the advice for emerging STIs is the same as for more well-known sexually transmitted diseases. Using condoms during sex, if that applies to you, is key. But we also need to normalize regular STI testing, Gaydos argues, especially if you’re experiencing burning, pain or genital discharge.

All women under the age of 25 should get tested for chlamydia and gonorrhea once a year because those infections can be asymptomatic, Gaydos says. Above all, she warns folks not to be afraid. “Most of these infections are treatable,” she says. “It’s not like the Dark Ages where people die of syphilis.”