Self-experimentation isn't unheard of in the annals of medical history. Meet five physicians whose bold — and sometimes fatal — gambles changed their fields forever. 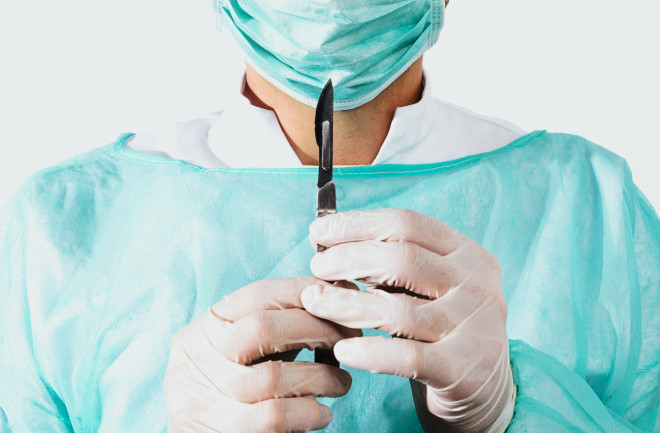 It may sound like fodder for a supervillain origin story, but doctors experimenting on themselves in the name of science isn't as rare as you might think. And whether you view these forays as foolhardy or heroic, many have actually affirmed the science behind them: In a study of 465 cases of medical self-experimentation over the past 200 years, 89% led to results which supported the experimenter’s hypothesis. Even when the results were negative, some cases could still be considered beneficial due to their impact on future research.

Self-experimentation is a controversial subject, with valid considerations both for and against the idea. But there’s no denying that these experiments have led to novel discoveries in a number of areas. Here are five physicians who put themselves under the scalpel (sometimes literally) for the sake of scientific advancement.

In 1769, William Stark embarked on a series of self-experiments related to diet and nutrition. He started by going for 31 days consuming almost nothing but bread and water — and a little sugar. Then he gradually added other foods, one at a time. These included goose, beef, veal, and olive oil. What Stark didn’t include, however, was citrus fruit or vegetables. His gums started to bleed and his symptoms mimicked those of British sailors suffering from scurvy. Severely malnourished, in less than a year he died of scurvy at only 29 years old.

Although Stark didn’t discover scurvy, his research led to realization that the disease was strongly impacted by what we now call vitamin C deficiency. And his meticulous record-keeping would help substantiate the theory that restrictive diets lacking variety were not beneficial to human health. However, ascorbic acid, more commonly known as vitamin C, would not be discovered by biochemist Albert Szent-Györgyi until the 1930s.

A cardiac catheterization — where a thin, hollow tube called a catheter is inserted into a blood vessel leading to the heart — is a procedure used to diagnose and treat a number of cardiovascular conditions. Essentially, it shows doctors how well a patient's heart is working. With over a million done each year in the United States, it’s one of the most frequently performed cardiac procedures.

German physician Werner Forssmann is the father of this particular medical advancement. In 1929, Forssmann made an incision into the inside of his elbow and then inserted a roughly 25 inch urinary catheter into his vein. Guided by a real-time imaging technique called a fluoroscope, he advanced it to his heart’s right auricle, or atrium, and then had X-rays taken to confirm the position. Forssmann next tried the procedure on a terminally ill woman, and found he was able to effectively deliver medication directly to her heart. He continued to experiment further, using rabbits, dogs, and himself — totaling up to nine additional catheterizations. The results of his work led other physicians to use the femoral vein, deep within the thigh, to reach the inferior vena cava, which carries blood from the legs, feet and abdomen to the heart. Forssmann is a Nobel Prize winner and considered a pioneer in interventional cardiology.

For years, conventional wisdom was that excessive stomach acid was the culprit behind ulcers, painful sores that develop on the lining of the stomach or small intestine. Barry Marshall, an Australian physician, disagreed — he believed that ulcers were actually caused by the bacterium Helicobacter pylori, which commonly lives in the stomach lining. Marshall's interest in the subject was spurred by pathobiologist Robin Warren, who had observed the bacteria in a biopsy from a patient’s stomach lining in 1979. After teaming up, the pair studied biopsies from 100 patients and found that almost every one with ulcers or gastritis (any condition where the stomach lining is inflamed) also had H. pylori.

But after years of trying to persuade skeptics, and with no suitable animal models to work with, Marshall was driven to dig deeper. He took bacteria samples from a sick patient and drank it in a “brew.” Afterwards, Marshall became sick with bloating, decreased appetite, and eventually vomiting. An endoscopy confirmed he did indeed have gastritis, and antibiotic treatment proved an effective cure. Marshall's experiment confirmed the connection between H. pylori and ulcers; as a result, antibiotics are now the standard treatment. In 2005, Marshall and Warren won the Nobel Prize in physiology for their groundbreaking discovery.

Read more about Marshall in our 2010 interview:

The Doctor Who Drank Infectious Broth, Gave Himself an Ulcer, and Solved a Medical Mystery

Surgeon Evan O'Neill Kane was no stranger to appendectomies, having performed over 4,000 himself. But after nearly 40 years in the operating room, Kane wanted to prove that, in certain cases, local anesthetic could be used as an alternative to the riskier general anesthesia. To prove his theory, in 1921 he decided to make himself a test case. When his appendix became infected, he was scheduled to have the organ removed by another surgeon. But right before his appendectomy began, Kane announced that he would be doing the surgery himself.

First, Kane propped himself up on pillows, so he could better see his abdomen. Then he injected the area with a local anesthetic containing cocaine and adrenaline before cutting through the tissue and locating and removing his infected appendix. Kane was not new to self-surgery. Two years prior to his appendectomy, he amputated his own finger due to infection. Years later, he successfully operated on his hernia — at age 70 — and was back in the operating room only 36 hours later. Kane’s bold decision led to a greater understanding about the use of local anesthetics, and how to avoid general anesthesia in patients for whom it posed a danger.

As an influential member of the Bolsheviks, physician Alexander Bogdanov competed with Vladimir Lenin to lead the leftist revolutionary movement, offering Russians a more moderate alternative. It didn’t work out, but Bogdanaov, a true polymath, had other skills and talents to explore. In addition to being a physician, he was also an economist, philosopher, poet, science fiction writer, teacher, and founder of the first institution dedicated to blood transfusion. His interest in transfusions stemmed from his belief that they could extend human life.

During the 1920’s, Bogdanov gave himself multiple transfusions. Unfortunately, one of his transfusions involved the use of a student’s blood, who was sick with malaria and tuberculosis. Bogdanov died, but the student survived his illness. Building on his work, his successors made advances that established Russia as a leader in developing a central national blood transfusion system.