Contaminated drinking water is becoming an increasing area of concern for PFAS exposure. Now, researchers are trying to figure out how to filter them out. 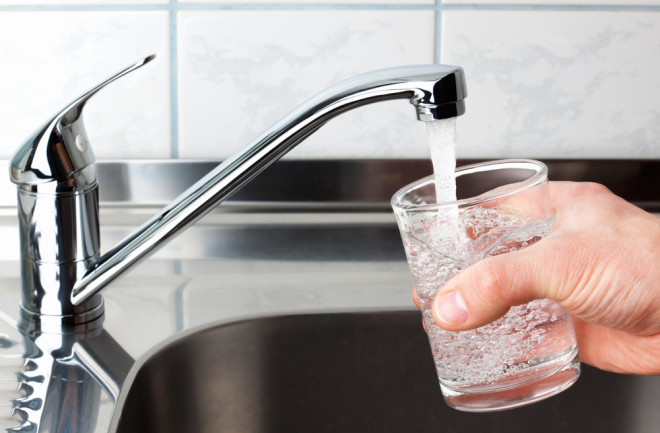 If you’ve grown up drinking tap water in the United States, it’s likely that you’ve consumed some amount of per- and poly-fluoroalkyl substances at some point in your life. PFAS, sometimes referred to as forever chemicals, are a class of over 5,000 chemicals that are found in a wide range of industry and household products including the nonstick coating on cookware, cling wrap, foods like microwave popcorn, and firefighting foam. And when they enter the human bloodstream, they don’t leave.

PFAS first began to proliferate U.S. production lines in the 1940’s. By the late 1950’s and into the early ‘60’s, studies began to emerge about the negative health effects PFAS could have on the human body, and a 2021 study by the Centers for Disease Control and Prevention found that exposure to PFAS caused a whole host of health issues including increased rates of liver and heart disease, decreased antibody responses to vaccines, cancer, low birth weight in babies, and thyroid problems.

While PFAS exposure can occur through inhalation or eating contaminated foods, new research indicates that drinking water is a main cause of concern. A 2020 study commissioned by the Environmental Working Group found PFAS in the drinking water of dozens of cities, and concluded that exposure from contaminated tap water had been “dramatically underestimated by previous studies.” As of January 2021, the EWG estimates that over 95 percent of the country’s population has been exposed to PFAS, and over 2,300 locations in 49 states have recorded some level of PFAS contamination.

How Do We Get Rid of PFAS?

How do we get forever chemicals out of our drinking water?

The good news for individuals living in affected areas is that existing home filtration technologies—specifically granular activated carbon and reverse osmosis systems—are able to filter some, although not all, of PFAS chemicals from water. A 2020 study by researchers at Duke University and North Carolina State University found that granular activated carbon filters—the kind typically installed in a water pitcher or refrigerator—varied widely in how well they were able to filter PFAS, while installable reverse osmosis systems, which push water through specialized membranes, performed better.

“We saw clear trends among different PFAS and how well they’re removed in the activated carbon, but the reverse osmosis did great,” says Heather Stapleton, a professor at Duke and the project’s lead investigator. “So, we are typically recommending reverse osmosis if it’s a feasible option, because we recognize that it’s expensive.”

Oftentimes it’s difficult for residents to find out whether or not their water contains PFAS, unless a direct contaminant source comes to light—as happened in North Carolina. And it is up to individual states to decide how much information about PFAS-contaminated drinking water they want to make available. Some, including New Hampshire, Ohio, Michigan, North Carolina and California, are making the results of their PFAS water testing available online. If individuals live in states that don’t post their known contamination sites, or if they are on private or well water, Stapleton says they can pay to have their water tested at a private lab, or call their local water municipality and ask if they test for the chemical. For those who can’t shoulder the cost of a private lab, Stapleton adds that routinely using and changing a filter is an easy first line of defense for any household.

“What I always try to say is, just use a filter,” Stapleton says. “Because any filter is better than no filter, even if it’s not 100 percent effective.”

As the prevalence of PFAS in public drinking water sources grows, treatment facilities must start filtering specifically for the chemical class in order to improve their contaminant levels.

“If the water treatment system doesn’t know that they have a PFAS problem, and isn’t operating it specifically to PFAS, then it’s probably not doing anything,” says Chris Higgins, a professor at the Colorado School of Mines who researches the transport and bioaccumulation of emerging contaminants.

Some researchers are in the midst of developing technologies that water treatment plants can add on to existing infrastructure to address PFAS pollution. At the University of North Carolina at Chapel Hill, two researchers are working on an ionic fluorogel resin specifically designed to attract and trap PFAS. The results of their initial study, published in 2020, found that the resin filtered more types of the chemical much more effectively than granular activated carbon or other resins.

“I think most large-scale purification plants have moved towards granular activated carbon because, of the imperfect absorbent technologies, it’s overall the cheapest,” says Frank Leibfarth, an assistant professor at UNC and one of the principal investigators on the study. “The challenge with granular activated carbon is, because [it’s] so broad spectrum, it absorbs a lot of organic material.”

That broad spectrum absorption means that PFAS tend to break through carbon filters rather quickly, once the material becomes saturated. The resin Leibfarth and his team are working on absorbed over 80 percent of 21 different types of PFAS, and absorbed over 99 percent of GenX—a widely circulated PFAS chemical with known health effects—compared to a 20 - 30 percent GenX absorption rate from ion exchange resins and carbon filters. Now, the team is making improvements to the resin’s design and durability to test its scalability for in-home use and for water treatment plants. “We’re getting closer to really starting to target these translationally relevant properties, which is really exciting,” Leibfarth says.

The Beginning and End of PFAS

But even as better filtration methods for PFAS emerge, researchers worry that too many contaminated water sources remain undetected. “In terms of urgency yes, we need better technologies and more cost-efficient technologies, but that’s always going to be involved in the process,” Higgins says. “What does worry me is, we haven’t identified all the places where these are problematic.”

Currently, it’s up to individual states to decide how much, if at all, they want to track or limit PFAS production. And the only federal guideline that exists is a lifetime health advisory issued by the Environmental Protection Agency in 2016 advising a maximum contaminant level of 70 parts per trillion of two chemicals, PFOS and PFOA, in drinking water.

“There is no national EPA regulation for PFAS in water,” Leibfarth says. “And there will be no significant action until enforceable regulations get put in place.”