The Unkindest Cut: How Wounds Can Trigger Tumor Growth 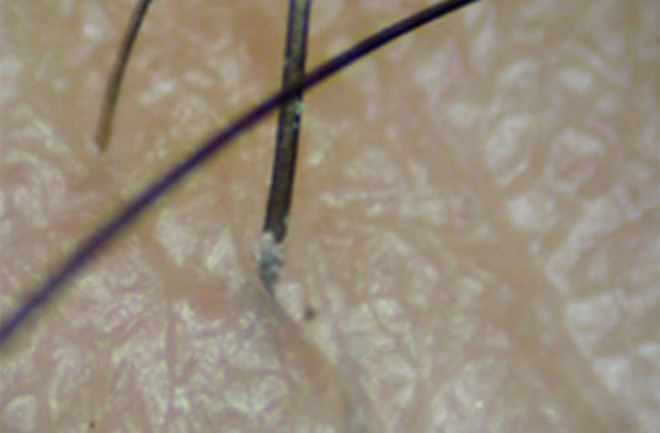 Sometimes, even a tiny cut can have serious and unexpected consequences. New research reveals that even a minor flesh wound can cause previously dormant cancer cells to develop into tumors.

Biochemists Sunny Wong and Jeremy Reiter, from the  University of California, San Francisco, wanted to see how tumors develop from cancerous mutations. To do that, they genetically modified mice so that their hair follicle stem cells expressed the human basal cell carcinoma gene. After giving some of the mice a small cut, and leaving others alone, they discovered that tumors only formed on the hurt mice.

When skin is cut, hair-follicle stem cells migrate to the injury. Wong says pre-cancerous cells can lie dormant in the body until a trigger, such as radiation or a build up of mutations, pushes them into forming a tumour. “In this case, wounding got cancerous cells out of their resting phase,” he says. [New Scientist]

Although the experiment was short-term, the implication is that the same processes can play out if cells get damaged over time, and if a wound then rouses the sleeping cancer:

The study suggests that, after DNA in the skin’s stem cells is damaged to create a mutation in an oncogene, the mutated cells might rest for years without causing cancer, and might cause problems only when a wound prompts them to act. [Nature]

Scientists have been investigating this wound-cancer trend for several years now.

Reiter said that over the past 10 years, more and more scientists have begun to think that “cancers are wounds gone awry.” Normally, the hair follicle represses the tumor-generating potential of the stem cells, he said, “but when these cells leave their niche, the reins that are supplied by the [follicle] come off. ” [The Scientist]

For some scientists, this study is an exciting development in the fight against cancer.

The work is “pioneering,” said Ervin Epstein, a cancer researcher at the Children’s Hospital Oakland Research Institute in California, who was not involved in the research. “What could be more important than identifying the cell of origin of the most common of human cancers?” [The Scientist]

But not everyone is convinced of the link between wounds and basal cell carcinoma.

[Critics] say that most basal cell carcinomas do not develop at the sites of injury, so the finding is of limited significance. “This is certainly not a major mechanism underlying basal cell carcinoma formation in humans,” says Sabine Werner, a cell biologist at the Swiss Federal Institute of Technology in Zurich. [Nature]

‘Most,’ though, doesn’t mean all–and when it comes to battling cancer, every little step forward counts.