The bidet has come a long way in 300 years. Its origin story includes ornate, royal chambers, brothels and failed contraception before it became an instrument for our bowel movements. 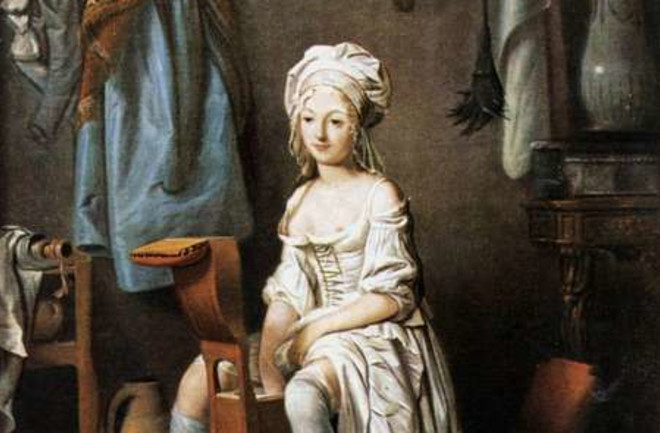 At this point in modern history, there’s a good chance you’ve encountered a bidet. If you haven’t tried using one, you’ve at least listened to a friend rave about their new water-blasting toilet feature and how it’s the best decision they’ve made — for their bowels, anyway — post-pandemic.

Sales reports confirm that U.S. interest in bidets (and bidet attachments for toilets) has spiked since March of 2020. The initial trigger was consumer panic at the onset of the pandemic driving a shortage of toilet paper. One company, SmartBidet, says they've seen a boost of more than 25 percent in sales since 2020 compared to an average of 3 percent annual growth dating back to 2012; other reports indicate that Toto, a popular Japanese toilet manufacturer, doubled its bidet sales in 2020, and has seen increased demand continue through 2022.

Suffice to say, Americans are finally pursuing toilet-paper alternatives for their bathroom hygiene needs. The bidet, in its various modern forms, has risen to the occasion, carrying with it a few hundred years of success in Europe. Except, the true aim of this nether-region cleanser has pivoted since its origins in 18th century France.

Most notably, the bidet was known as an instrument for feminine hygiene — often used to cleanse the genitals before intercourse, and afterward as a method of post-coital contraception (albeit an ineffective one.) Julia Csergo, who researches urban studies and tourism at the University of Quebec in Montreal, says this contributed to its reputation as the “companion of licentiousness” and “the confidant of ladies.” The sexual and feminine association, according to some experts, likely prohibited its success in the U.S.

The Glory and Stigma

Researchers say it’s difficult to pinpoint the first functional iteration of this technology. That’s because there’s a long history of humans using water basins for all sorts of cleansing in many cultures. But the modern “bidet” seems to have emerged in the early 1700s, with the word coming from a French term for a pony or small horse — presumably because you straddle it.

These early furniture pieces might accommodate a chamber pot in bedrooms, especially in the homes of the wealthy, according to Csergo, who co-authored a book all about the bidet, Le Confident des Dames, or “the confidant of ladies” in English. Royal figures and aristocrats owned ornate bidets. One provocative oil painting, circa 1790, even portrays an intimate scene of a woman using a bidet, hands positioned between her legs and a rose with scattered petals discarded on the floor.

As modern plumbing advanced, the device migrated into bathrooms and became an involved fixture like a second toilet in France and other countries. It also appeared in many brothels, where American soldiers and travelers might have first encountered bidets. “That’s where people saw it. So it takes on the glory of France, but much more the stigma,” says Harvey Molotch, a sociologist and professor emeritus at New York University who specializes in the history of urban public spaces.

Molotch describes a sort of movement against the hygiene device around the early 1900s in the U.S. Part of this stemmed from the basic infrastructure and design limitations in a modern U.S. bathroom space. But he says social norms, and a general cultural aversion to acknowledging female sexuality, inhibited reception in the U.S. — such as when a high-end hotel in New York City supposedly removed bidets due to backlash after installing them in the early 1900s. “The other piece of it is gender,” he says, recognizing the device’s feminine association. “So a bidet has all these challenges that it has to overcome.”

Inside the Museum of Contraception and Abortion in Vienna, Christian Fiala maintains a public exhibit dedicated to the bidet. It appears alongside dozens of other outdated methods for vaginal douching, the process of washing or cleaning out the vagina with water or a mixture of fluids, which medical experts discourage today. Fiala insists all these practices shared the same intent. “It was [done] with the hope to wash out the sperm after intercourse,” says Fiala, who is founder of the Austrian museum and a general practitioner who specializes in obstetrics and gynecology.

The museum keeps roughly 15 bidets in storage that display the wide range of design, style, luxury and convenience. “You have wooden bidets. You have bidets which you can take on travel. This is a metal bidet. And this is a bidet you can fold,” Fiala explains, pointing out each version over video call.

While medical science in recent decades has demonstrated that douching is ineffective as a form of contraception, research has also identified frequent harmful effects on vaginal health. Studies have linked the practice of douching to bacterial vaginosis, pelvic inflammatory disease, higher rates of HIV transmission and multiple adverse outcomes in pregnancy.

Fiala says that part of the mission at the Museum of Contraception and Abortion is to document the struggles and challenges people faced before oral contraception, which became available in 1960. “It shows to what extent people were desperate,” he says. “The bidet is just one funny detail in the whole struggle for fertility control.”

Though Csergo has identified multiple applications of the bidet throughout history, she agrees that its use as contraception — as well as intended prevention of venereal diseases — played a key role in its past. Notably, she adds that using water to clean our backsides, historically, was more associated with sitz baths than bidets.

While clinical trials and studies on bidet use are few and limited, some small samples indicate that habitual use can aggravate vaginal microflora. One 2010 study assessed the vaginal microflora in 268 non-pregnant women of reproductive age and found that contaminating pathogens were four to six times higher in bidet users, compared to non-users. The researchers also reported that fecal bacteria was more prominent in the microflora of bidet users, 46 cases compared to only four cases in non-users. Another limited study on pregnant women in 2019 showed similar results, and linked habitual bidet use with increased traces of Escherichia coli.

Still, plenty of healthcare experts and providers say bidets seem generally safe to use, with no known major risks and some likely benefits. Though people with vulvas should take care about the angle of the water to avoid any cross contamination between the backside and the urinary tract.

More From Discover
Mind
What is Anxiety and How Can Worries Overpower Us?
Health
What is Epilepsy and What Should We Know About it?
Health
Year-Round Daylight Savings Could Threaten Our Sleep and Heart Health
Health
Navigating Hearing Loss And New Over-the-Counter Solutions
Health
How Ultra-Processed Foods Can Affect Your Mental Health
Health
Deadly Animal Venom Could Lead To Pharmaceutical Breakthroughs
Recommendations From Our Store
My Science ShopDiscover STEM Kits
My Science ShopDiscover 2022 Calendar
My Science ShopStrange Science
My Science ShopElements Flashcards
Shop Now
Stay Curious
Join
Our List