Research shows that support animals can relieve some symptoms of mental illness. 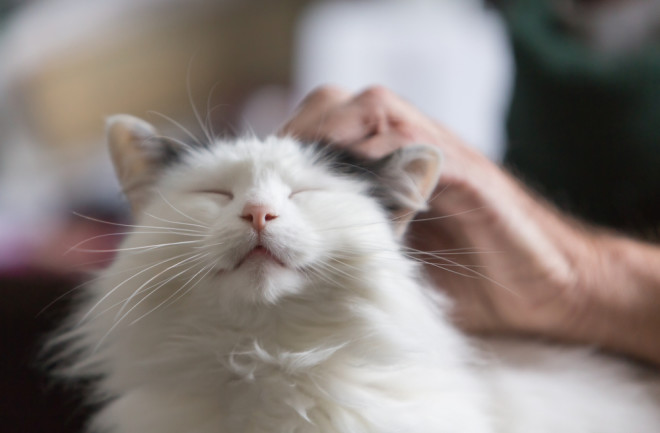 When the pandemic first started, as a clinical psychiatrist I saw a steady increase in requests to verify the need for emotional support animals (ESA) among my patients. Included was Miriam, a lawyer in her 40s who experiences panic attacks, and needed a letter so her beloved dog Georgia could live in her rental unit. Meanwhile, Sophia, a young woman with bipolar disorder, needed written verification that her adored cat Matcha could help manage her mood symptoms. As these requests trickled in, I researched the benefits of animal companionship for mental illness — and was surprised by what I found.

Whether it’s the peacock denied a flight from Newark — or ferrets, cats and even dogs maligned and mocked in the press — animals identified as ESAs have often been portrayed as glorified pets that don’t deserve exemptions from policies restricting their presence in college dormitories or rental housing. Yet I’ve been amazed by how much these animals have become an important part of the mental health treatment plan for many of my patients.

Is That Animal Really An ESA?

How can you tell the difference between an ESA and a companion, therapy, or service animal? There is no legal definition of a companion animal, which is basically synonymous with a pet, but it’s safe to say they simply reside with their human owners in (ideally) a mutually loving relationship. Likewise, therapy animals don’t have a legally recognized status, but can be registered by non-profit organizations to help facilitate a goal-directed professional intervention, such as a therapeutic equine riding program.

By contrast, a service animal is recognized under the Americans with Disabilities Act of 1990 and is defined as an animal trained to perform specific tasks to assist individuals with physical impairments such as blindness or deafness — as well as emotional conditions like post-traumatic stress disorder. Here’s where it can get confusing: An emotional support animal doesn’t receive any special training, but nevertheless helps to relieve symptoms of a person’s mental or physical disability through everyday interactions, and is recognized under the Fair Housing Act of 1988 (FHA).

“An emotional support animal is not considered a pet legally, but rather an accommodation for a mental health or health condition,” says Janet Hoy-Gerlach, a social worker and researcher at the University of Toledo. A person seeking an ESA as a housing accommodation must provide documentation verifying their need to landlords, college disability offices or condominium boards. This is where I (or another health care professional) will step in to document the disability and state how the animal will provide assistance.

The Human-Animal Bond: It’s the Oxytocin

Among the large body of research demonstrating the benefits of animal companionship is the important role of a pituitary hormone called oxytocin. Sometimes dubbed the “love hormone,” oxytocin provides beneficial physiologic responses, such as lowered blood pressure, heart rate and respiration rate, as well as a reduction in the stress hormone cortisol. Oxytocin is produced when we interact with our pets.

Hoy-Gerlach was able to quantify numerous benefits of emotional support animals in a study of adults with major mental illnesses — including depression, bipolar disorder and post-traumatic stress disorder — published in the journal Human-Animal Interaction Bulletin in 2021. “After 10 minutes of interaction with their animal, (preliminary) results showed that the oxytocin went up and cortisol went down,” says Hoy-Gerlach. The study participants also reported less depression, anxiety and loneliness.

Who is likely to get the most benefit from having an emotional support animal? Hoy-Gerlach uses the analogy of a “curb cut,” a small ramp built into a sidewalk curb that makes it easier for someone with a mobility impairment to cross the street. When it comes to emotional support animals, the amount of benefits an individual receives from their animal companion is directly related to the severity of the disability. “If you know someone who has some knee or hip problems, the curb cut could be helpful. But for a person in a wheelchair, it could mean the difference between them being able to access the sidewalk or not,” Hoy-Gerlach says.

My patient Miriam, for example, suffers from panic attacks. When she is able to pet her dog Georgia, or even divert her attention to Georgia’s needs, she has been able to prevent an attack from occurring altogether. Cue the increase in oxytocin. “When Georgia is around and I feel an attack coming on, I can start petting her and thinking about her instead,” says Miriam. “If she isn’t around, I’m much more likely to go down the rabbit hole.”

Hoy-Gerlach’s research found that participants with depression or other mood disorders consistently benefitted from an increase in motivation related to the responsibility of caring for their ESAs. Similarly, my bipolar disorder patient Sophia found that her cat Matcha helped her get up, eat breakfast, take her medicine and get going with her day — rather than stay in bed. The cat also helped relieved her feelings of loneliness. “I’m living alone and she’s here waiting for me so it’s nice to come home,” Sophia says. “I’m the one feeding her and changing her litter and that’s good responsibility for me to have.”

The Future of Emotional Support Animals

Alice Tin, a family physician in Seattle, Washington, has been instrumental in pioneering the One Health Clinic. The clinic is staffed by medical doctors and veterinarians alike, allowing humans and their emotional support animals to both receive medical care in the same visit. “It’s been such a wonderful multidisciplinary opportunity; the human health providers and the vets really learn from one another,” says Tin. “The ESA process is an opportunity to have closer collaboration between MDs and vets.” As ESAs become more widespread, clinics like this could become more common, leading to more consistent medical care for both humans and their animals.

I usually recommend multiple treatments for my patients, including psychotherapy, medication (if appropriate) and lifestyle changes like exercise. And I’ll now be more proactive in recommending ESAs where suitable. In the stressful times that we live in, many of us could use some extra support. For those with an emotional disability, ESAs just might be life-changing.

Naomi Weinshenker is a clinical psychiatrist and science writer. The cases described here are real but any patient names have been changed.