Lack of sleep, long considered a psychological condition, has a genetic component. 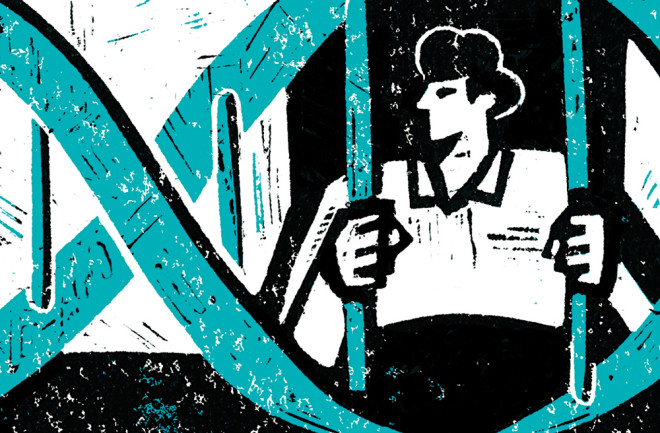 Lack of sleep hurts people’s concentration, mood and health. And for those with insomnia — defined as three sleep-deprived nights a week for at least three months — life can become a nightmare.

The cause of insomnia, which affects 10 percent of the population, has long been considered psychological. But a June paper in Nature Genetics identified, for the first time, a genetic risk for the condition.

A team of international researchers looked for genomic variations between insomniacs and sound sleepers among 113,000 people in the U.K. and found seven genes linked to insomnia. One of the genes had been identified as a risk factor for two sleep disorders: restless leg syndrome and periodic limb movement. Individuals with the insomnia-linked genes also appeared predisposed to depression, obesity and cardiovascular diseases.

Exploring “what these genes actually do and why they make people vulnerable for insomnia is the next step,” says study co-author Eus Van Someren, head of the Sleep & Cognition Group at the Netherlands Institute for Neuroscience. The research could lead to developing more effective drugs to treat the condition, he says.

More From Discover
Health
This is How Much Water You Should Actually Be Drinking Each Day
Health
What is Epilepsy and What Should We Know About it?
Health
What is Long COVID and What are the Symptoms?
Health
A Blood Test That Screens For Multiple Cancers At Once Promises To Boost Early Detection
Health
Feeling Sleepy After a Thanksgiving Meal? It Might Not Be the Turkey
Health
The Surprising History of the Bidet Started with the Wealthy and Brothels
Recommendations From Our Store
My Science ShopDiscover STEM Kits
My Science ShopDiscover 2022 Calendar
My Science ShopStrange Science
My Science ShopElements Flashcards
Shop Now
Stay Curious
Join
Our List