Everything you need to know about the latest research on the causes, triggers, and treatments for migraine headaches. 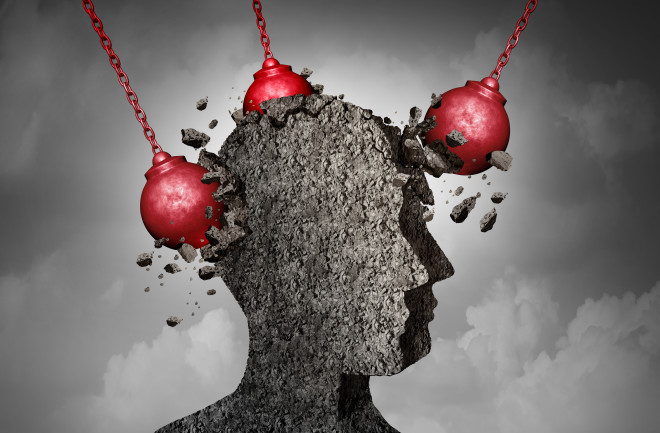 If you asked your doctor about migraine headaches just a few decades ago, you may have been underwhelmed with the treatment options. But within the past 20 years or so, a lot has come to light about what causes migraines and how to help people with them. It’s about time: Migraines have been around since at least the time of ancient Egypt. (Supposedly, at least.)

Migraines are estimated to affect 1 billion people worldwide. They’re the number one cause of disability in people aged 15 to 49. And 1 to 10 percent of chronic migraine sufferers report that the condition even affected their decision to have children — either because they didn’t want to pass the condition on, or didn’t feel like they could be a good parent.

Migraines aren’t just extra-painful headaches, but rather a whole batch of disabling symptoms that come in waves. A single migraine attack can last multiple days.

A migraine typically occurs in four phases. The first phase is called the prodrome, explains Dawn Buse, a clinical professor of neurology at the Albert Einstein College of Medicine in New York City. “[It’s when] the pain hasn’t started yet, but the person doesn’t feel like themselves.” The person might feel foggy-headed, fatigued and/or experience mood changes.

Next come the most well-known symptoms like nausea and sensitivity to light and sound. The full list of potential symptoms is intimidating: Some people will experience difficulty speaking (aphasia), smell or taste hallucinations, numbness, tingling, mood changes and/or fatigue. About one in five people with migraines will experience these sensory and motor symptoms, called aura, which typically last between five and 60 minutes before the headache starts.

“When it happens [for the first time] it’s pretty scary,” says Buse. “People often think the worst [until] they learn it’s their migraine aura — that it’s something they have routinely, it’s part of the migraine attack.”

Read more: What’s Really Going on When Your Head Aches?

Next up is the headache itself, bringing moderate to severe pain. (And yes, it's actually worse than a “regular” headache, which is by definition mild to moderate pain.) That's followed by what’s called the postdrome — a period lasting up to 54 hours afterward where someone feels worn out, fatigued, depressed and/or not thinking quite clearly. It's like a migraine hangover.

“When you put all four of those phases together, you have many, many hours, up to days, of pain and disability from all these associated symptoms,” says Buse.

What Causes a Migraine?

Migraines are, in part, genetic. They’re three times more common in women than in men, and you’re much more likely to have migraines if a parent does, too.

Scientists used to think that the actual pain of migraines was from the dilation of blood vessels. More recently, though, they've learned that it’s more than that: The pain comes from neuroinflammation of structures in the brain that sense pain. Since multiple brain regions and multiple neurotransmitters are involved, that’s why there’s such a wide variety of symptoms that come with it.

A neurotransmitter called calcitonin gene-related peptide, or CGRP, is a particularly important player. Everyone has this neurotransmitter all throughout their body, but people with migraines have more of it. And during a migraine attack, it’s even more elevated — studies have even showed that giving a person who gets migraines an intravenous infusion of CGRP can trigger an attack. Now, there are four different pharmaceuticals on the market that work to prevent migraines by targeting CGRP specifically.

What Triggers a Migraine Attack?

Some people experience migraine attacks that are, as far as anyone can tell, random. But many people have specific triggers. These often take the form of internal or external changes that affect the nervous system, much like a dip in barometric pressure when a storm is coming, a drop in estrogen during a woman’s menstrual cycle or a change in someone’s regular caffeine intake. Knowing your triggers — and early prodrome symptoms — is helpful for people because it can allow them to plan ahead for the impending life disruption or start treatments earlier.

Since so many migraine triggers are related to disturbances to your body’s system, one of the first treatments doctors suggest is to adopt a consistent routine lifestyle. This involves things like going to bed and waking up at the same time each day, staying hydrated, regularly exercising and eating regular meals to keep blood sugar steady. These probably sound like normal, healthy activities because they are; add "keeping migraines at bay" to the list of reasons to build those habits. “The nervous system does well with very routine habits and patterns, so keeping those routines matter,” says Buse.

Changes in stress levels can also increase the risk of a migraine attack. And that doesn't just mean moments when your stress level spikes; any change can elevate that risk, for better or for worse. “Someone might go through their finals week, and once it’s over and break starts, their stress level drops. That can be a trigger,” says Buse. “We call that a let-down migraine.”

Different migraine sufferers can experience a different batch of symptoms, and the attacks can even be different within a single person. Still, there are patterns. “It’s often aggravated by routine activities, like climbing up stairs,” says Buse. “You wouldn’t want to do aerobics while you’re having a migraine.” Many will need to avoid light, sound, or even strong odors to stay comfortable.

But migraine treatments have come a long way in recent decades. “I like to tell people there are a lot of new options,” says Buse. “If they think they haven’t gotten to an effective treatment, they probably haven’t tried all that we’ve got.”

The most basic treatments for migraines are called acute medications — these are the often over-the-counter medications that people take when a migraine attack starts. There's also a suite of preventive strategies available, from lifestyle modifications to pharmaceuticals (like the new CGRP-targeting drugs) and even external neural stimulators — hand-held machines that zap various nerves. Many of the medications that help prevent migraines have been adopted from other health sectors after it was discovered that they were effective, like beta blockers, calcium channel blockers, antidepressants and anticonvulsants.

Even Botox, or onabotulinumtoxinA, has been found to work against migraines, though it’s only used in extreme cases, like if you're experiencing 15 or more migraine days per month. New research also suggests that mindfulness and relaxation techniques can be a helpful strategy to manage pain during an attack.

Read more: These Researchers Think We Can Retrain Our Brains to Tame Chronic Pain

Currently, the American Headache Society recommends that if you’re having migraines four or more days per month, you should talk to your doctor about preventive measures.

“Migraine can really steal away so many important moments of people’s lives, and it comes at a time when people are busiest — at work, school, college, having families, having babies, getting married and establishing their careers; it’s during the prime of life,” says Buse. “Without treatment it can really wreak havoc."

“It’s really exciting that we have options to offer people and we can tell people confidently, ‘We can help you,’” she adds. “’We can help you return to and regain the life that you would like to be living.’”