Medical research supports the personal use of a bike helmet to protect from serious head trauma and traumatic brain injuries. But mandatory helmet laws are a more complicated matter among bicycle advocates. 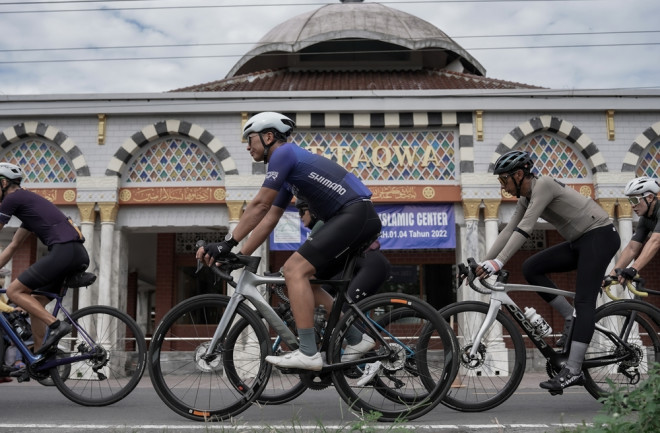 With the arrival of summer, many people have swept the cobwebs from their garage-bound bicycles and taken to the roads and trails with their pedal-powered transit, and likely, a protective helmet for their head. But can this hard cover for your skull truly protect you from injury and death in a crash? Mounting research says yes, reinforcing the idea that it’s best to dust off that helmet and don the lid as you hit the streets.

According to the Centers for Disease Control and Prevention (CDC), injuries to the noggin occur in one out of three cyclists who are involved in non-fatal accidents; and trauma to the head poses the greatest risk of disability and death for bikers. One CDC study found that bicycling resulted in the highest number of sports-related traumatic brain injuries, or TBIs. You or someone you know may have experienced a mild TBI known as a concussion. Generally, people fully recover from concussions, but moderate and severe TBIs can cause lasting health consequences and death, especially for children.

While helmets don’t protect against concussions, they have consistently proven to reduce severe head injury and death for cyclists. In a meta-analysis that reviewed more than 100,000 crashes involving cyclists, a Norwegian researcher showed that helmets reduced the risk for serious head injury in riders by 60 percent. Another analysis of 6,267 patients admitted to hospitals for brain hemorrhaging after bicycle accidents found that those wearing helmets had a 51 percent lower risk of developing a severe TBI and had an overall lower mortality rate.

Even though evidence points to the pros of helmet use, self-reported 2012 data from 863 adult bicyclists in the U.S. revealed that more than half of them never wear a helmet. In many cases, bicyclists who sustain head injuries aren’t wearing helmets, says Fargol Rezayaraghi, a mechanical engineering Ph.D. student at the University of Washington. “They help at some points,” she says of helmets.

Helmets have never been an attractive cycling accessory, but the protection they provide is undeniable, says Mehmet Kurt, assistant professor in University of Washington’s mechanical engineering department and Rezayaraghi’s advisor. Most bicycle helmets consist of an outer polycarbonate shell surrounding a layer of expanded polystyrene foam, commonly known as Styrofoam, with padding on the innermost surface. During impact, the hard shell deforms and cracks, distributing the energy across the helmet. The foam compresses, absorbing another proportion of the impact so that the head absorbs the least amount of force.

For decades, helmet design didn’t deviate from this basic blueprint. But recently, as neuroscientists advanced their understanding of brain injury mechanics, helmet design evolved to keep up. Conventional helmets were designed to protect against direct, or linear, impacts, but often when the head is implicated in an accident it hits a surface at an odd angle, increasing the risk for the dome to not only compress but also rotate. Research shows that this rotational motion is more damaging to the brain than the linear movement caused by direct hits.

“Rotational kinematics are more relevant within the context of concussions because they can cause more diffuse deformation in the brain,” says Kurt, pointing to an example he learned at Stanford from his postdoc advisor. “Take a snow globe, move it left and right, up and down; the flakes wouldn’t move, they would only move when you rotate the snow globe. The brain-skull system is similar in that regard.”

Kurt and his colleagues at the University of Washington recently published a review of 12 studies that tested the effectiveness of new and conventional helmet technology. They found that helmet designs that dampened rotational forces on the head during impact reduced metrics that lead to brain injury more than conventional helmets. These three designs performed best, though the authors say more research is needed to confirm their results:

Helmets Are Just One Step

While helmets have proven to guard against severe head injury in accidents at speeds slower than 20 mph, the level of protection decreases with increased velocity, such as in a collision with a car. In 2020, 1,260 cyclists died in the U.S. in preventable accidents, and 64 percent involved a motor vehicle, according to the National Safety Council.

Opposers of bicycle helmet laws say helmets deter people from riding bikes, and there is safety in numbers when it comes to cycling. When there are more bikes on the road, drivers get used to seeing them and reacting to them safely. Some cyclists also argue that helmet laws can shift the safety responsibility onto cyclists, and away from car drivers who are sharing the road. Safe driving and better bicycle infrastructure in urban areas certainly improve cyclist safety, while opting to wear a helmet is a preventive action cyclists can take no matter what, says Kurt.

“I cannot say that it’s the only way to reduce the number of head injuries,” Rezayaraghi says. “But wearing a helmet is definitely one of the most important things that you can do to reduce the risk of injury or at least reduce its severity.”