The quest for an Afrikaner genotype

Update: If interested, please email me at contactgnxp -at- gmail -dot- com. Also, I am getting some feedback via 23andMe that people with white South African matches noticed Africa segments in many of the ancestry paintings. This has definitely increased by probability that the admixture proportion is ~5 percent. There will probably be a few genotypes coming in shortly, but I am going to see if I can get more people typed (fundraising appeal pending!). 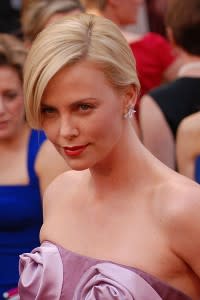 It's been a while since I've gone looking for genotypes of particular ethnic groups. The results were rather good for the Tutsi and Malagasy. So I thought I'd venture out again, despite being a bit busy. Here's what I want: the genotype of an Afrikaner (or several). A few years ago South African geneticist J. M. Greeff did an analysis of his own pedigree, and estimated that he had ~6 percent non-European ancestry (he did validate this with some genetic markers; e.g., his father's mtDNA is of the M haplogroup, which is almost always Indian). This is in line with other genealogists who have estimated, about 5 percent non-European heritage. How much should we trust these non-biological studies? The genomic estimates of African American ancestry being ~20 percent European were anticipated by analyses of family histories from text records, so we certainly shouldn't dismiss them (in fact, it seems possible that these analyses will underestimate non-European ancestry because of cryptic individuals in the pedigrees). And we have plenty of records of people of non-European ancestry contributing to the Afrikaner population in any case. Greeff found the records for his own pedigree, but the first Governor of the Dutch Cape Colony was himself of mixed-race (his mother was Eurasian). The question is is a matter of degree. Are Afrikaners like American whites, with hardly any non-European ancestry (~1 percent or less), or like Latin American whites, with significant non-European ancestry (~5 to 20 percent)? My own bet is that they'll be in the middle. The proportion of non-European ancestry is low enough that individuals such as Sandra Laing are very rare indeed. But if the 5 percent estimate is valid, and almost of all these ancestors were women, then a larger proportion of the mtDNA is going to be non-European. So how do we do this? Well, I need an autosomal genotype. I'll take it anyway I can get it. But, if you don't have one, but are willing to let me analyze your own genotype, and, are of 100 percent known Afrikaner descent, then we can probably figure out a way to purchase you a kit. Why does this matter? I guess you could ask why any science matters. I'm a little confused as to why no one has done this before. There's plenty of work on the cultural cousins of the Afrikaners, the Cape Coloureds. My working assumption is that except for the initial decades of the Cape Colony, when women were in severe shortage and the color line was not as strict, most of the non-European gene flow into the Afrikaners is going to be from the Cape Coloureds. This means that like the Cape Coloureds the Afrikaners carry within them the genetic variation of a huge swath of the world's population. The non-European ancestry of the Afrikaners is naturally part African. Bantu and Khoisan. But there is also considerable Asian, from South and East Asia. Though this leaves out the Middle East and the New World, you have here most of extant genetic variation in human populations. There are approximately 3 million Afrikaners in South Africa. What if these were the only human beings left on earth? At 5 percent that's 150,000 non-Europeans, with a mix of Southeast Asians, Chinese, Indians, Khoisan, and Bantu. Because of diminishing returns you'll actually have enough variation in just a few thousand individuals of any given ethnic group to capture most of its genetic character. In other words you could in theory reconstitute the Chinese and Khoisan from these Afrikaners. Addendum: The paper, Complete Khoisan and Bantu genomes from southern Africa, has one "South African European." But I suspect that this individual is author Vanessa M Hayes, and she is not an Afrikaner to my knowledge.