The purpose of yawning might be to cool your brain. 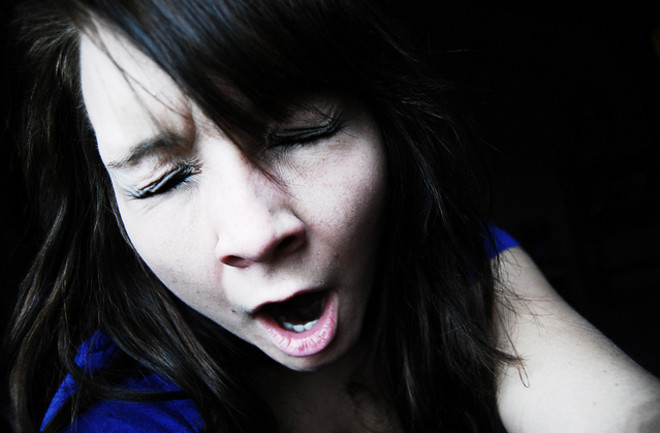 Wondering what's been going on lately in the field of chasmology (the scientific study of yawning)? Well, we still don't really understand why people yawn, but we can add another contender to the list of theories: brain cooling.

In this study, the authors showed subjects photos of people yawning to determine their susceptibility to "yawn contagion." They found that the subjects were more likely to "catch" yawns in the summer compared with the winter. Although there are a number of things that change with the season, the only variable found to correlate with yawning was higher temperature, suggesting that yawns might have a function in cooling the brain (via the release of heat into air in the lungs).

So the next time someone gets mad at you for yawning when you should be paying attention, just tell them your brain is hot and you're cooling it off.

A thermal window for yawning in humans: Yawning as a brain cooling mechanism.

"The thermoregulatory theory of yawning posits that yawns function to cool the brain in part due to counter-current heat exchange with the deep inhalation of ambient air. Consequently, yawning should be constrained to an optimal thermal zone or range of temperature, i.e., a thermal window, in which we should expect a lower frequency at extreme temperatures. Previous research shows that yawn frequency diminishes as ambient temperatures rise and approach body temperature, but a lower bound to the thermal window has not been demonstrated. To test this, a total of 120 pedestrians were sampled for susceptibly to self-reported yawn contagion during distinct temperature ranges and seasons (winter: 1.4°C, n=60; summer: 19.4°C, n=60). As predicted, the proportion of pedestrians reporting yawning was significantly lower during winter than in summer (18.3% vs. 41.7%), with temperature being the only significant predictor of these differences across seasons. The underlying mechanism for yawning in humans, both spontaneous and contagious, appears to be involved in brain thermoregulation."

NCBI ROFL: An explanation for the shape of the human penis.