The Problem With E-Cigarettes

Clearing the smoke surrounding the devices. 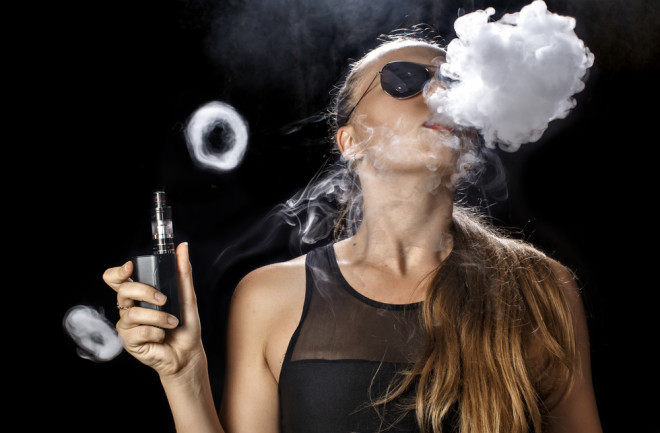 Electronic cigarettes have gained a steady following in the U.S., but their health effects aren’t fully understood. University of Connecticut chemists developed a way to detect how much damage e-cigarettes may inflict on human cells.

By mixing DNA with an electrochemiluminescent (ECL) agent, a mixture that lights up after electrochemical reactions take place, and exposing it to extracts from cigarette smoke and e-cigarette vapor, the chemists were able to spot DNA damage. Compared with unfiltered (nf) tobacco cigarettes, nicotine e-cigarettes are just as harmful. And non-nicotine (nn) e-cigarettes caused damage similar to that of filtered tobacco cigarettes. Here, colors approaching white on the scale indicate higher ECL levels and more damage, while colors closer to black indicate lower levels and less damage.

More From Discover
Health
Hugging Is an Evolutionary Tool for Survival
Health
The Other Magic Mushroom: Why a Canadian Startup Is Suddenly Interested in the Fungus From Super Mario
Sponsored
Health
Leptitox Reviews - Is It Worth the Money? (Cheap or Legit?)
Health
What Are The Effects of Delta 8 THC? Here’s the Ultimate Guide
Health
11 Best CBD Gummies for Sleep
Health
2021’s Top 3 Supplements For Better Liver Health
Recommendations From Our Store
My Science ShopCosmos: Possible Worlds
My Science ShopStrange Science
My Science ShopEinstein's Universe
My Science ShopElements Flashcards
Shop Now
Stay Curious
Join
Our List