The Pediatrician Who Woke America Up to the Lead Crisis

Thanks to one man's perseverance, we know even small doses of lead can permanently harm growing kids. 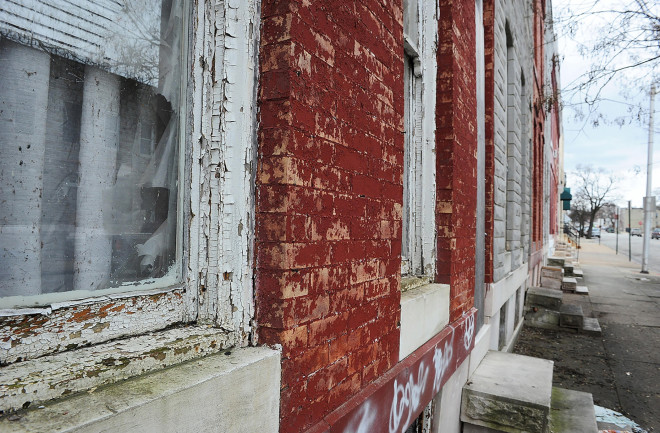 The water crisis in Flint, Michigan, caused untold damage, and poor neighborhoods in cities like New York and Baltimore continue to grapple with the severe health consequences of too much lead in their drinking water. It’s a legitimate public health crisis, with no clear solutions.

But we knew to be concerned in the first place thanks to Herbert Needleman, a pediatrician and child psychiatrist who ended up saving thousands of children from the devastation of lead poisoning. As chief resident at Children’s Hospital in Philadelphia in the mid-1950s, Needleman saw a young patient who ultimately led him to his groundbreaking research, which proved that inhaling or ingesting even faint traces of the toxic metal could do irreparable harm.

It all began when a desperate mother brought her ill toddler, barely breathing, to the emergency room. The lethargic 3-year-old girl was quickly seen by Needleman, then a strapping 29-year-old built like a football linebacker with thick glasses. He towered over his tiny patient.

Blood tests revealed that the child’s lead levels were well above 60 micrograms per deciliter, which qualified as poisoning. Back in the 1950s, lead was everywhere: in paint, water pipes, food containers, toys and even the air, thanks to its use as an additive in gasoline. But the problem was especially bad in older homes, full of chipped-off layers of lead-based paints. Because the toxic metal tasted sweet, it often proved irresistible to young children.

Needleman had no idea this particular case would focus his future on the issue of lead poisoning in children. He simply proceeded with the customary treatment of chelation therapy — medicine that binds with lead and exits the body with urine — which cleansed the child’s body of the toxic metal and brought her back to life. “It was a gratifying experience, and I felt very smug,” Needleman later recalled in an interview for Public Health Reports. “I told the mother that she had to move out of that house.” If her daughter had another episode, she’d be permanently affected.

“Where am I going to move to?” the mother responded. “All the houses I can afford are the same age.”

It stunned Needleman, who worked in one of Philadelphia’s poorest neighborhoods. That’s when he realized lead poisoning wasn’t just a health issue but a byproduct of poverty, too. This insight would shape the rest of his career — and change society’s relationship with lead.

In those days, scientists knew high doses of lead could cause permanent brain damage, even death. But they also thought the body could withstand a fair amount of exposure and children could recover from poisoning without lasting damage. Needleman had a particular skill set — as a psychiatrist and a pediatrician — that allowed him to see that lead poisoning was much more prevalent than the medical establishment realized.

“He was able to see the enormity of the problem when so many other people were dead set on saying it wasn’t [one],” says Lydia Denworth, author of Toxic Truth: A Scientist, a Doctor and the Battle Over Lead. “Industry scientists were seen as experts, and they swore up and down there was no problem — there wasn’t any sense they might not be independent arbiters.”

But how could Needleman prove Philadelphia was in the middle of an undetected epidemic? Blood tests wouldn’t suffice because they only measured immediate exposures, not chronic ones. Fingernails and hair were too dirty to be an accurate measure. A bone biopsy could reveal how much lead the body was storing — lead chemically mimics calcium — but the process would be arduous, costly and unethical.

Then, while gazing out his office windows at kids on a school playground, Needleman had an epiphany that would change scientific history. Children have another depository of calcium much more accessible than bones: their baby teeth.

Nothing But the Tooth

Needleman began gathering teeth from thousands of young children in poor communities, as well as in rich neighborhoods to provide a basis for comparison. He became a real-life tooth fairy, offering the children, who were 6 or 7 years old, gifts in exchange for their baby teeth that had fallen out. The results would show how much lead had accumulated in their bodies.

“The idea of collecting teeth was brilliant,” says Irving Shapiro, a specialist in the biochemistry of teeth who was on the dental school faculty at the University of Pennsylvania at the time, and who would become Needleman’s collaborator. “It was a huge advance because now we had a real cumulative measure of lead exposure over critical periods in a child’s life.”

The initial findings, published in 1972 in Nature, revealed that children in impoverished urban areas had more than five times the amount of lead in their bodies than their suburban counterparts; at least 20 percent of the urban kids had blood lead levels higher than 63 micrograms per deciliter. The findings also showed testing teeth was a legitimate way to evaluate cumulative lead levels, providing a platform for further research.

Around this time, Needleman heard from Philip Landrigan, a young pediatrician. The Centers for Disease Control and Prevention had sent him to investigate lead poisoning in children living near a smelter in El Paso, Texas, that had belched out over a thousand tons of lead in the previous three years. An initial field study of about 40 kids revealed widespread lead poisoning.

Needleman’s conviction, still untested, that minuscule levels of lead caused profound damage to health and cognition motivated Landrigan to do a follow-up study in 1973 to test this hypothesis.

The results were alarming. Kids with higher lead levels — more than 40 micrograms per deciliter, which is eight times what is now considered safe — had significantly slower motor skills and an average reduction in intelligence of about 7 IQ points. This was all despite the lead industry’s assurances that anything up to 80 micrograms per deciliter was harmless. Even if lead levels “were too low to produce obvious symptoms in children,” says Landrigan, now the director of Boston College’s global public health program, “real damage was still being done.”

Meanwhile, Needleman had embarked on what became a landmark study that compared the levels of lead with each child’s school performance and IQ. The results, published in the New England Journal of Medicine in 1979, were astonishing. In examining more than 2,000 children, the investigators found even small levels of lead — as little as 20 micrograms — had a dramatic impact on intellectual development and behavior. Kids who had the highest exposure to lead scored 4 points lower on IQ tests than their peers with the lowest exposure, and had serious difficulties in school.

The discovery transformed thinking about the effect of lead on children’s health, and society started changing its relationship with the metal.

The research began to fuel support for anti-lead environmental movements, as seen in the 1970s with the EPA’s ban on lead-based house paint and government mandates to start phasing lead additives out of gasoline. But that didn’t stop the lead industry from publishing its own contrary studies and criticizing Needleman’s research methodology; by the 1990s, the attacks came to his doorstep at the University of Pittsburgh.

Psychologist Claire Ernhart noticed some arithmetic errors in Needleman’s research and accused him of fraud. His university locked him out of the lab, he wasn’t allowed on campus, and he spent three years in an agonizing limbo before he was exonerated.

“He made some mistakes,” says Denworth, “but not enough to disqualify the work, and his results held up.”

Needleman continued to push for more stringent safety regulations. His research is credited with lowering average blood lead levels in American children by 78 percent between 1976 and 1991, and saving thousands of youngsters from a lifetime of disability.

Needleman went on to do other important work, including another groundbreaking study that measured lead levels in young men in prison. It turns out they had higher lead levels than their free peers, a finding that linked lead poisoning to criminality and to the epidemic of violence in poor urban areas. In his final years, Needleman was hailed as a public health hero, and he received numerous awards, including the prestigious Heinz Award in the Environment.

“He was a tough guy who grew up on the streets of Philadelphia,” says Landrigan of his old friend, who died in 2017 at age 89. Not everyone would’ve stood up to the attacks from the lead industry, he says. “Part of his legacy was his heroism.”

Still, the legacy of lead isn’t completely over. Just ask the residents of Flint.

Linda Marsa is a Discover contributing editor. This story originally appeared in print as "Heavy Metal."