The Paradoxical Anti-Nutrients in Our Produce

While they may make fruits and vegetables seem harmful, these controversial compounds come with pros and cons and may affect everyone differently. 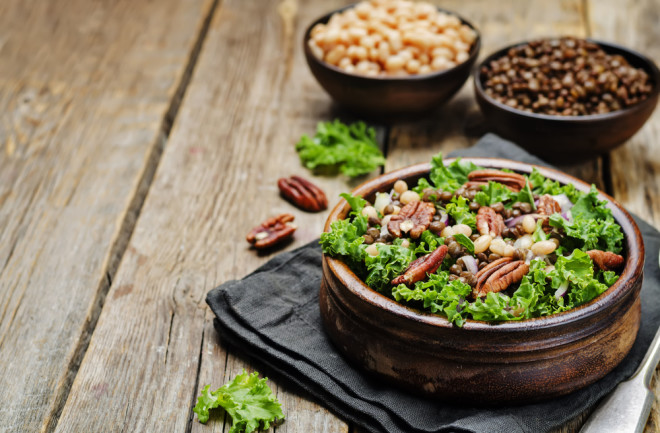 Deanna Minich commonly preaches the power of a plant-based diet. Much of her research as a nutrition scientist at the University of Western States revolves around the benefits of fruits and vegetables, particularly since the vast majority of Americans don’t eat the recommended amounts.

But such work isn’t necessarily straightforward: Minich has commonly encountered questions from both academics and lay audiences about anti-nutrients, compounds found in plants that can meddle with the absorption of nutrients into the bloodstream.

While they may not sound particularly helpful to us humans, anti-nutrients evolved to protect flora from surrounding threats like insects and bacteria. “Considering that there is a plethora of strong clinical data to support eating fruits and vegetables and associated risk reduction of chronic disease, I found it unusual to be thinking that there could be something detrimental about eating these foods,” she says.

Hoping to provide a satisfying answer on the precise health impacts of anti-nutrients, Minich dug into the troves of research on the subject. And although scientists have spent decades digging into these impacts, the existing evidence doesn't necessarily offer clear conclusions — but still suggests that anti-nutrients can influence our bodies in a variety of fascinating, complex ways.

Should We Be Wary of Anti-Nutrients?

These compounds can be found in varying degrees in a range of plant foods that people commonly eat, including fruits, vegetables, whole grains and legumes. In some cases, they can prevent people from taking in important substances like iron, potassium, calcium and zinc. Given the various risks associated with frequent meat consumption, it may be surprising to learn that even a vegetarian diet could also potentially spur adverse outcomes.

But how worried should we actually be? Research hasn’t yet indicated the precise amount of nutrients people lose from food due to anti-nutrients. Studies have, however, identified safe thresholds for certain anti-nutrients, and most people’s diets don’t typically exceed them when food is properly prepared, says Miguel López-Moreno, a food science PhD candidate at Francisco de Vitoria University in Spain who co-authored a recent review on the biological consequences of anti-nutrients.

It’s also important to note that the concentrations of anti-nutrients in foods can be unpredictable; after all, plants are highly complex organisms. The levels of certain compounds have been even found to vary widely between different varieties of spinach and soy. Clearly, not every stir fry will produce the same effect. “Every food is a universe of different compounds each in a distinct ratio, which may vary with genetics, environment and growing conditions,” Minich says.

Ultimately, many of the concerns associated with anti-nutrients may primarily affect people with underlying conditions. For instance, thyroid issues that can stem from goitrogens in foods like brussels sprouts, kale and cabbage may primarily impact individuals who don’t consume enough iodine. As with any other health consideration, the consumption of anti-nutrients should be considered on a case-by-case basis. “It’s difficult to set a threshold for everyone because each individual is unique in their dietary composition, gut health, food preparation and health status,” Minich says. “That said, I may be more concerned about certain groups of individuals who have known gut, thyroid or kidney issues who are eating a disproportionate amount of raw plant foods on a consistent basis.”

Another controversial anti-nutrient: Oxalates in items such as tea, green leafy vegetables, nuts and beets can potentially bind to sodium, potassium, calcium, iron or zinc and prevent their absorption. When oxalates stick to calcium, people can develop kidney stones — yet this risk may just affect people with calcium deficiencies. But for most, oxalate-rich foods like spinach can actually reduce kidney stone risk because they also contain magnesium and potassium, says Marta Garcés-Rimón, a food scientist at Francisco de Vitoria University who collaborated on the Journal of Functional Foods anti-nutrients review paper with López-Moreno.

Those with certain mineral deficiencies, such as the type of anemia that is associated with low iron levels, should also pay particular attention to anti-nutrients. Phytates, which pop up in foods like nuts, grains and legumes, and the tannins found in cacao, tea and berries, can also impair one’s absorption of important minerals. In one study, tea decreased iron absorption by 37 percent when consumed with a meal, though waiting an hour after eating significantly reduced this effect.

A consequence of anti-nutrients that you may be quite familiar with (and has even inspired a song): Carbohydrates called raffinose oligosaccharides in beans, cabbage, broccoli and asparagus can inflict burping, stomach discomfort and flatulence. “Flatulence is the single most important factor that deters consumption and utilization of legumes in human and animal diets,” researchers noted in a February Frontiers in Plant Science study.

Even for those without underlying conditions, it’s important to eat a wide variety of vegetables to avoid taking in particularly high amounts of one specific anti-nutrient — mixing certain foods can also help to minimize impacts because plant ingredients can work synergistically. Foods rich in fiber and vitamin C, for example, can help us soak up the vitamins and minerals from plants.

Meal preparation also matters. Some researchers argue (despite a lack of solid evidence in humans) that lectins in legumes and whole grains damage cells in the gut, promote the growth of harmful bacteria, and may contribute to celiac disease.

But the concentration of lectins in a given meal, like many other anti-nutrients, can be diminished via cooking, germination and fermentation. Some methods are particularly helpful for specific compounds: Boiling may reduce the soluble form of oxalates by up to 87 percent. And glucosinolates (which can act as a thyroid-disrupting goitrogen) in broccoli may shrink in half after a few minutes of boiling.

Smoothie fans may wonder whether daily concoctions with heaps of raw spinach or kale are a good idea. This depends on the individual and how much they’re consuming, Minich says. If you’re sensitive to oxalates or goitrogens, it’s likely best to avoid or minimize portions of these foods. But this wellness trend could pose a problem for even the general population: Green smoothies sold in German stores were found to exceed a safe value of oxalic acid (which we pee out as oxalates) with just a single portion, according to a 2015 report by the European Food Safety Authority.

Anti-nutrients also matter when people can’t necessarily plan diverse diets. Since legumes and cereals are dietary staples in developing nations and can compose a bulk of people’s meals, researchers have pointed out how processing methods like fermentation are crucial to reduce anti-nutrient contents when these foods are consumed in abundance. Fortunately, people have fermented cereals and legumes, along with other foods and beverages, for millennia. “The culinary treatments that have traditionally been used for years, often without being aware of the effect they had … minimized the possible deleterious effects of anti-nutrients,” López-Moreno says.

And while it’s easy to assume that vegetarians with particularly plant-heavy meals would be more vulnerable to detrimental impacts of anti-nutrients, some studies suggest that this population’s gastrointestinal tracts may adapt to lower zinc and iron intakes by ramping up their absorption and retention.

Despite the uncertainty surrounding anti-nutrients, Minich says a diverse diet rich in plants carries benefits for most people that most likely outweigh the potential negatives. “In general, eating these foods as part of a varied, colorful, plant-based diet should not pose significant risks in healthy individuals, and conversely may be of great benefit,” she notes. Mixing up your meals is also associated with advantages such as reduced anxiety and a more diverse gut microbiome.

As Minich and other researchers have pointed out, many of the ill effects of anti-nutrients have been observed when studying isolated compounds in animal models, which doesn’t reflect a balanced diet in people. Far less research has looked into their effects in the context of the whole foods they’re found in — and these studies don’t always offer straightforward conclusions. While there are some observational and epidemiological studies on the subject, such research can’t necessarily control for confounding variables.

Though it may sound paradoxical, labs are also looking into the possibility of isolating and wielding anti-nutrients for their effects against diseases like cancer, asthma, diabetes and Alzheimer’s. However, much of this work has been done in animal and cell studies, along with some small experiments in people. “At present, human studies are very limited. There is also a need to standardize therapeutic doses, conditions and population groups that could benefit from supplementation with one of these compounds,” says Marta Miguel, a scientist from Spain’s Institute of Food Science Research who also worked on the Journal of Functional Foods anti-nutrient review paper.

Some epidemiological studies have also claimed to find benefits from anti-nutrients when consumed within meals. Phytoestrogens from soy beans, tofu, sesame seeds and other fares are hypothesized to lower the risk of cardiovascular diseases in post-menopausal women. Lectins in the diet may also reduce the odds of developing heart conditions, along with type 2 diabetes. And, of course, researchers have frequently claimed that tannins and other polyphenols can help protect against a myriad of conditions.

As public health nutrition researcher Jill Joyce notes in The Conversation, anti-nutrients may experience an epic redemption similar to that of dietary fiber. In the late 19th century, people thought fiber prevented us from getting nutrients from foods and it was consequently removed or reduced from cereals and flours. We now know that fiber can lower blood pressure and cholesterol and helps maintain blood sugar levels, among other benefits. Still, only time (and more research) will shed more light on the various ways that anti-nutrients can impact human health.