The optical illusion that could make your dentist drill more than necessary. 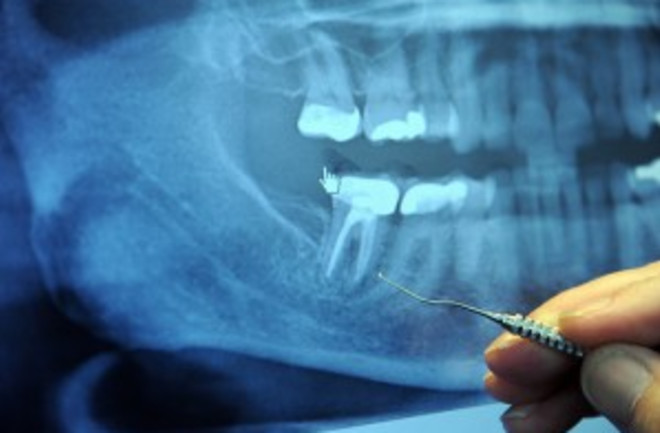 Photo: flickr/WonderlaneThe next time you go to the dentist, beware: the cavities in your teeth might create an optical illusion. The famous "Delboeuf illusion" (see below) is easily visible when two circles of the same size are placed next to each other, but one appears smaller because it is surrounded by another, larger circle. And dentists, despite all their training, are still susceptible to the illusion--which is a scary thing, given that this makes them drill larger holes than necessary. As if we needed another reason to fear going to the dentist!

Dentists make larger holes in teeth than they need to if the teeth present a visual illusion of size.

"Health care depends, in part, on the ability of a practitioner to see signs of disease and to see how to treat it. Visual illusions, therefore, could affect health care. Yet there is very little prospective evidence that illusions can influence treatment. We sought such evidence. METHODS AND RESULTS: We simulated treatment using dentistry as a model system. We supplied eight, practicing, specialist dentists, endodontists, with at least 21 isolated teeth each, randomly sampled from a much larger sample of teeth they were likely to encounter. Teeth contained holes and we asked the endodontists to cut cavities in preparation for filling. Each tooth presented a more or less potent version of a visual illusion of size, the Delboeuf illusion, that made the holes appear smaller than they were. Endodontists and the persons measuring the cavities were blind to the parameters of the illusion. We found that the size of cavity endodontists made was linearly related to the potency of the Delboeuf illusion (p<.01) with an effect size (Cohen's d) of 1.41. When the illusion made the holes appear smaller, the endodontists made cavities larger than needed. CONCLUSIONS: The visual context in which treatment takes place can influence the treatment. Undesirable effects of visual illusions could be counteracted by a health practitioner's being aware of them and by using measurement."

Example of the Delboeuf Illusion Related content: Seriously, Science?: A new thing to fear: “intranasal teeth”. NCBI ROFL: Snakes vs. dentist: pick your poison. NCBI ROFL: No way. According to my tongue, that hole is definitely wider. (That's what she said.)