More than 50 million Americans practice some form of yoga. But can it actually improve your health? 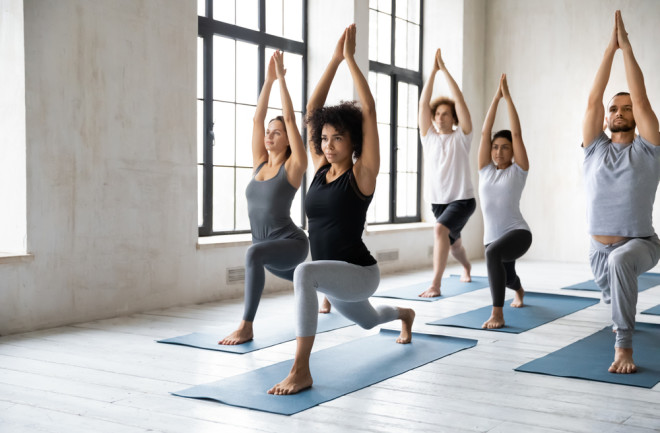 If you've ever been interested in trying yoga, you're in good company. Once a fringe practice that came to the U.S. in the early 1960s, yoga has skyrocketed in popularity. The practice currently has an estimated 55 million devotees in the U.S. alone, according to the Statista Research Department.

Yogis often attest to the physical, mental and spiritual benefits of a regular yoga practice. But what’s actually happening in the body and mind? Turns out, scientific research supports the notion that this spiritual practice can be good for your physical and mental health in various ways.

“In the U.S., we've really converted yoga to a physical exercise that many people associate with the physical postures,” says Rebecca Erwin Wells, a neurologist at Wake Forest School of Medicine. For this reason, yoga is often used as a component in weight loss programs, where it seems to bring some success.

One 2013 review from the National Center for Complementary and Integrative Health (NCCIH) analyzed 17 yoga-based weight control programs and found that most of them led to “gradual, moderate” reductions in weight over a period of several weeks. It's important to note, however, that yoga was only one of the components in the weight loss programs. The programs with the best results also included dietary changes and residential stays.

In clinical trials, yoga has also been shown to decrease Body Mass Index (BMI), reduce body fat and shrink waist circumference as well. But perhaps the biggest support to date comes from a singular study between 2000 and 2002 called the VITAL study. It included over 15,000 participants between the ages of 53 and 57. Participants who were of normal weight and who practiced yoga for at least four years were two to four times less likely to gain weight as they aged, compared to those who didn't practice yoga at all, according to the results.

A few small studies have shown that yoga can benefit our heart as well. That’s largely because in addition to physical postures, yoga also involves sustained, deep breathing, called breathwork. Combined, the use of physical postures and breathwork can have a relaxing, meditative effect. This not only helps mediate stress and anxiety, but it can also lower hormones like cortisol and adrenaline, which narrow our arteries and increase blood pressure — two things that can potentially lead to adverse cardiac events. Yoga has also been linked to lower levels of blood markers for inflammation, which can contribute to heart disease and stroke, according to information from Johns Hopkins University.

Countless studies have shown how yoga can impact our mental health as well. Some of them reveal it can regulate the stress response and help us relax in similar ways as exercising, meditating and relaxing with friends. One 2018 study published in the International Journal of Preventative Medicine showed that women who participated in hatha yoga classes over the course of four weeks had “significantly decreased” levels of anxiety, stress and depression by the time the classes came to an end.

So what makes yoga specifically helpful for anxiety and depression? Physiologically speaking, we know that it helps tamp down on the stress hormones our bodies produce, such as cortisol and adrenaline. But a yoga practice can also help increase our mindfulness — or awareness — to our own bodies, which can feel empowering and decrease anxiety and depression in itself.

“Specifically for depression and anxiety, mindfulness is a practice that can be very helpful for a lot of people,” Wells says. “When we become more connected with our bodies, we're able to be more tuned into ourselves and what we need.” Yoga can lend a sense of empowerment and control to people who may not have felt that otherwise. An added bonus, Wells says, is that because yoga is so simple, accessible and easily modified, people usually have an easy time incorporating it into their lives and making it a routine. This allows them to quickly and frequently tap into the mental health benefits of yoga  — without the stigma or side effects medication can bring.

Although research shows that yoga can be beneficial for specific health benefits, Wells says that it's also useful for helping patients feel better as a whole.

“Overall well-being is so important,” Wells says. “In medicine we tend to focus on disease and treating disease, but it's important to recognize we also want to promote health overall and help people feel better within the context of a disease. Yoga is a practice that can really be a key aspect of that.”

Wells tested this theory in her own research, when she led a study on Mindfulness Based Stress Reduction (MSBR), an eight-week program that incorporates yoga and has been shown to reduce anxiety, stress, depression and chronic pain. The study participants — 14 adults with memory loss, nine of whom received the MSBR intervention — noted improvements in their overall quality of life, as well as reduced stressed and increased hope and optimism.

“Most patients did feel that it was helpful for their overall well-being,” Wells says. The study also showed signs of improvements on memory and attention, something she thinks would be statistically significant with a larger trial.

“Yoga and mindfulness really helps us live inside and connect with our bodies,” says Wells. “And when we can connect in meaningful ways, we can really improve our overall wellbeing.”