The MAOA guide to misusing genetics 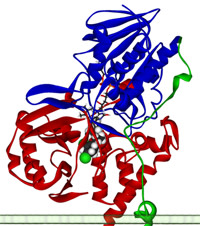 in the latest issue of New Scientist. It's sort of a four-step guide to interpreting studies looking at genes and behaviour, using one particular gene as a case study. The piece is out today, but it harkens back to lines of thinking that began over a century ago. Italy, 1876. The criminologist and physician Cesare Lombroso has just published L’uomo delinquente (The Criminal Man), a work that will define European understanding of criminal behaviour for several decades. Lombroso believed that some people were born criminals, whose penchant for crime was set from birth and who had diminished responsibility for their own misdeeds. Skip forward 133 years, and Lombroso’s theories seem antiquated, even distasteful. Our modern understanding of biology has put paid to simplistic ideas about the origins of criminality and violence. Discoveries from the growing field of ‘behavioural genetics’ show us how nature and nurture conspire to influence our actions. But because of these same discoveries, the idea of the born criminal has resurfaced in modern Italy under a different guise, a century after Lombroso’s death. Last year, Italian courts cut the sentence of a convicted murderer by one year, on the basis that his genetic make-up supposedly predisposed him to violence. The man, Abdelmalek Bayout, carried a version of a gene called monoamine oxidase A, or MAOA, which has been linked to aggression and violence. The gene has a history of controversy. It has been linked to gang membership and psychological disorders, and it has been used to define an entire ethnic group as warriors. The story of MAOA is the perfect case study for how gradual revelations about the tango between genes and environment can be translated into unconvincing applications and overplayed interpretations. There is no better example of the dangerous state of modern behavioural genetics, no better poster child for how to miscommunicate, misinterpret and misuse genetic discoveries. The feature takes the form of four lessons, each covering a different area of research or controversy around MAOA:

I've got a feature

Go read the article to find out more.