In March of 1942, a young woman was dying of sepsis in a New Haven hospital. In just one day, she would be miraculously revived by a newly discovered experimental drug, seemingly by “black magic” as one consulting physician would mutter. The woman’s full recovery with the new antibiotic known as penicillin was the very first occasion of its usage in the United States and would jump-start the pharmaceutical industry’s interest in and manufacture of the drug (1).

At the time, penicillin was a rare and valuable elixir. With the ongoing war raging in Europe and in east Asia, there were few industrial plants and even fewer laborers that could manufacture a relatively untested medication. This was precious stuff, scarce in quantity but potent in implementation, and so it was a remarkably handy thing that the drug known as the “magic bullet” wasn’t just a one-hit, one-person wonder, but could be used and reused time and time again. 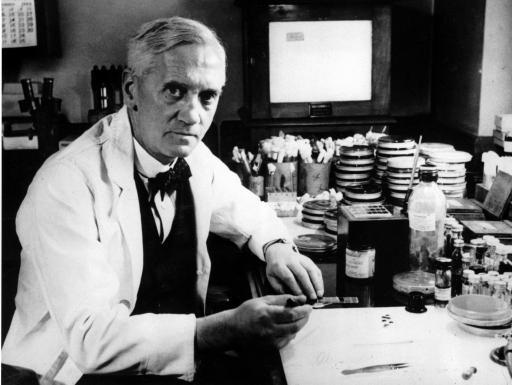 Yes: After one administration of injected penicillin, anywhere from 40 to 99 percent of the antibiotic is excreted in urine in its fully functional form about 4 hours after administration thanks to our efficient and hardworking kidneys (2). Due to this distinct feature of its pharmacokinetics, penicillin could be extracted from the crystalized urine of a treated patient and then used to treat another patient in the throes of serious bacterial infection just next door. In 1943, just shy of one year after its successful usage in saving the aforementioned woman’s life, the total amount of penicillin that had been produced was enough to treat only a hundred people, and this only if it was judiciously reclaimed and reused (3). Recycling penicillin wasn’t just smart; it was a necessity for such limited quantities of this wonder drug.

In his firsthand account of penicillin’s debut in the United States, a young Dr. Charles M. Grossman wrote,

My fellow intern ... saved all of the patient’s urine because Dr. Heatley [an associate of Dr. Howard Florey, the Nobel Prize winner that pioneered penicillin's usage in medicine] had informed us that more penicillin could be purified from it than could be produced by cultivation.

Probably up to 95% of each intravenous dose was excreted unchanged. When Dr. Heatley delivered a subsequent vial, some of which had come from the patient’s urine, he carted the gallons of urine back to Rahway [the New Jersey-based site of production for Merck & Co]. The patient survived and later died of other causes at the age of 90 years. (4)

The downside of penicillin's quick exit from the human body was that it never hung around long enough to fight an infection to completion. Sure, the drug could be immediately recovered and re-administered, but due to losses during processing and the time required for crystallization and retrieval, this solution was clearly not the most sustainable. Probenicid, an agent that would slow the excretion of penicillin in the kidney’s tubules would later be used to allow penicillin the time to diffuse throughout the body as it put its “black magic” into effect. Once manufacturing of penicillin kicked into high gear, this necessity of recycling excreted antibiotics would be be dropped in favor of just applying another vial of the drug.

We live in an age of disposables, an age of plenty, during which pharmaceuticals and even medical implements are used and then discarded.The concept of harvesting a body’s excretions for substances to be injected into the veins of another is quite foreign to us, but it is worth remembering that this era of abundance and easy access is a historical exception rather than the rule.Medicine, for most of the vast expanse of history, has been a precious and limited resource, and penicillin’s concatenated harvesting and reuse in multiple patients was key for its use in extinguishing infections that would have otherwise been death-sentences for those afflicted. The drug once widely known as the “magic bullet” was far more efficacious as a “magic arrow” to be fired, collected, and aimed once more.

"It would be another fluke – the discovery of a moldy cantaloupe – that would yield a particular strain of mold that could produce prodigious amounts of this “magic bullet” antibiotic." Read more from my article on the manufacture of penicillin (and to watch a neat movie!) at A Moldy Cantaloupe & The Dawn of Penicillin.

This is not the first time we've harvested goods from infected humans and passed them on to others in the name of science. Be sure to read Pyromania! On Neurosyphilis and Fighting Fire with Fire to find out more.

The obituary of Anne Miller, the first American to be treated with penicillin.