The layers and fault-lines of genes 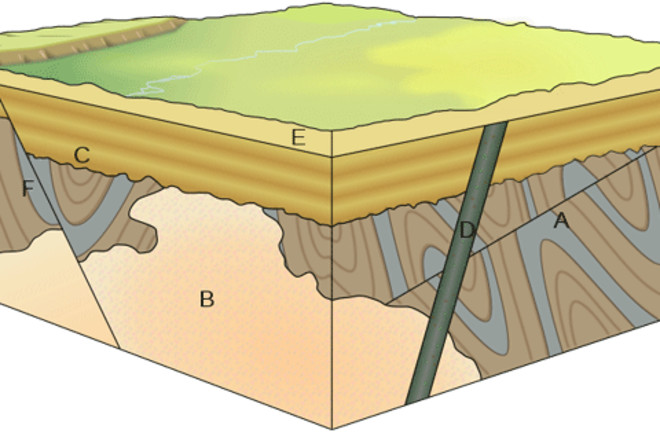 At Genomes UnzippedLuke Jostins elaborates on how the genetic facts he now has about his paternal lineage change how he views his own personal history:

... my father’s father is Latvian, and the N1 haplogroup is not rare in the Baltic regions. In fact, the subgroup, N1c1, is more common in parts of Eastern Europe than it is in Asia. Initially, this seemed to play nicely into a part of our ancient family history. There is a folk history, relayed to me be my Dad and my uncle Johnny, that Jostins blood may contain traces of Mongolian. The justification for this is that in around 1260, just before the civil war caused the Mongol Empire to die back in Europe, the Empire extended all the way to the Baltic States. It was at this point, my fellow N1c1-bearers hypothesise, that Mongolian DNA entered the Jostins line. Unfortunately on closer inspection this tale is not really supported by the DNA evidence. The famous Mongol Expansion haplogroup is actually C3, which is the modal haplogroup of Mongolians. In contrast, N1c1 has existed in Europe for thousands of years, and is far to old and too wide-spread to represent a recent expansion.

To the left is a frequency map of the concentration of N1c1. Based on the current distribution, and the diversity being modal in the East Baltic, one has to be skeptical of a simple east-west model. Interestingly the frequency difference of this haplogroup between Finland and Sweden is very high. Also, branch of N1c1 seems to be found among the Rurikids of Russia. This was the ruling dynasty of the Rus, a people who originally seem to have been ethnic Scandinavians from Sweden. Eventually they ruled over a polyglot state of Finns, Slavs and Scandinavians, and submerged their own identity with that of the Slavic peasants. In this they followed the example of the Bulgars, who were ethnically distinctive from their Slavic subjects, but were totally absorbed excepting that their ethnonym persisted. There is some evidence that the Serbs are a similar case, an Iranian group which was eventually absorbed into the South Slav substrate. Going back to northern Europe, let's try to get some more perspective. Luke Jostins' personal history is after all a slice of population history, and what we know about the background of the population impacts how Luke views his own personal history. To do that I thought I'd quickly poke around a few older papers on Baltic genetics which I had stashed away. It didn't turn out to be so quick. But here are some figures. First, from Genome-Wide Analysis of Single Nucleotide Polymorphisms Uncovers Population Structure in Northern Europe:

From Genetic Structure of Europeans: A View from the North–East:

Also see my recent posts on Northern European genetics, as well as the argument about agriculturalists vs. farmers. Ten years ago we have a few simple models, but now it gets more confusing and complicated. Confounders: - Different reproductive skew parameters for males and females. In short, high fertility of "super-males" as well as dominance of patrilocality can produce different patterns in Y and mtDNA - Selection on mtDNA. The "neutral" markers which we think of as neutral may not be neutral - Poor correspondence between inferences of the past based on contemporary patterns of variation and what ancient DNA has discovered. Our assumptions are faulty, or we're just too stupid to extract the real patterns - Persistent problems with dating and typing some uniparental lineages. Consider the debate over the pan-Eurasian haplogroup R1a1a* (Dan MacArthur and I both carry this Y lineage, but what's in a few letters?) - Reality is complicated. This may be the most intractable issue over the long term I have used the analogy of a palimpsest to describe the flow of genetic variation over time and space. I think that perhaps that that is misleading in some fundamental ways. Demographic patterns are characterized by different dynamics, persistent and long standing "flows," as well as punctuated "explosions." Rather than a palimpsest, a better analogy might be the layering of geological strata. Although there are long periods of gentle wearing and layering, volcanism and earthquakes periodically erupt to disrupt the smooth accumulations. Sequences of catastrophic events can produce inversions. Consider three dynamics: - Isolation-by-distance. This is the conventional band/village-to-band/village process of gene flow. This may be analogized to sedimentary accumulation (mutations) and erosion (drift) - Demic diffusion. The rapid demographic expansion into virgin territory by a culture which introduces a more efficient mode of production. One of the most recent occurrences of this was the rapid multiplication of New England Puritans from ~30,000 circa 1640 to over 700,000 150 years later. Not only did these New Englanders "fill up" their home territory, in the early years of the republic they burst out of the northeast and populated many regions of the Great Lakes. Demic diffusion is like an earthquake, a rapid and ordered shift of the local geology - The leap frog. The settlement of Europeans in the southern cone of Latin America, Australia, or Mongols in eastern Iran, are instances of leap frogs. We have clear textual of these leap frogs, but without that we wouldn't know what to make of them. Leap frogs are like volcanic eruptions, reordering the layers beneath and also deposition from above At least with Luke's hypothesis about descent from Rurik he can test his own N1c1 profile against other Rurikids. Presumably the modal haplotype and its near relations are those of the original Rurik.