The Health Dangers of Chronic Dehydration

Not drinking enough water can cause detrimental effects on our cognitive functions, blood sugar regulation and overall wellbeing. 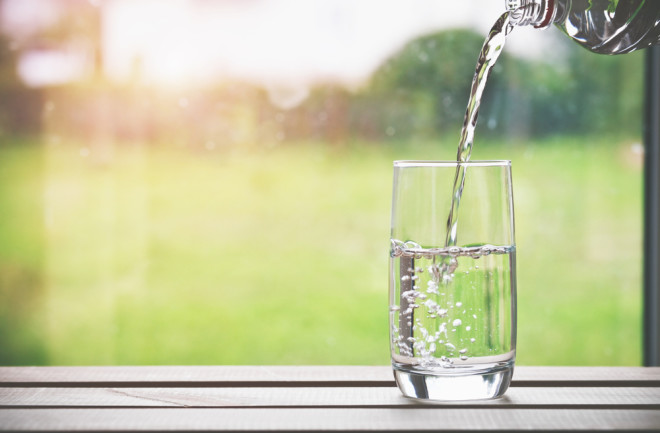 Every year, the science seems to shift on how much water the average human should drink each day — some recommendations say 64 ounces, others say half your body weight in ounces, and still other guidelines recommend that people should drink to quench thirst rather than gulping a predetermined amount. But even though the guidelines seem to change constantly, one thing is clear: Dehydration, even if it's mild, can have some long-lasting effects on your health.

We all know some of the tell-tale signs of dehydration: Your tongue feels like sandpaper, your head starts to ache, maybe even dizziness or light-headedness sets in. While mild dehydration is easy to fix — drinking just two to three cups of water usually does the trick — it’s quite common in humans. And new research is shining a light on the dangers that chronic, mild dehydration can pose to your health.

Dehydration can occur before we even realize it's happening, says Dr. Stavros Kavouras, nutrition professor and assistant dean at Arizona State University.

“When you first start losing water, your body has a defensive mechanism to protect you from getting too severely dehydrated,” he says. The initial response releases a chemical called antidiuretic hormone (ADH) that our brains secrete when they sense we're losing water. Once released, this hormone induces a state of anti-diuresis — in other words, it prevents you from peeing as much as you normally would, in order to conserve water. Conversely, Kavouras says, when we drink water the hormone is suppressed, causing us to pee more.

While ADH is a useful measure to prevent water wasting, Kavouras' own research indicates that chronically elevated levels of this hormone are associated with health problems. Namely, it interferes with how well our bodies can regulate glycogen.

In a 2017 study published in the journal Nutrition Research, Kavouras and his team tested the effects of dehydration in nine men with Type 2 diabetes and found that the subjects' glucose metabolism was impaired after just three days of dehydration. Additionally, in a 2015 study published in Diabetologia, researchers found that obese lab rats, when dehydrated, showed signs of glucose intolerance and hyperinsulinaemia — a condition often found in early stage Type 2 diabetes where excess insulin is circulating in the bloodstream. The rats also developed fatty liver disease. When the researchers treated the obese diabetic rats with a hormone blocker, their fatty liver disease cleared up and their blood glucose levels decreased significantly.

“We're not saying that low water intake is the only thing that causes diabetes, or that if you drink enough water you can cure diabetes,” Kavouras says. “But it does seem that water intake is one of those factors that can impact your ability to properly regulate blood sugar.” Abnormal blood sugar may lead to diabetes down the road.

Oddly enough, dehydration can cause problems with both high and low blood pressure.

When a person loses a significant amount of water, their blood volume decreases as well. When this happens, our blood pressure levels drop rapidly, resulting in a condition called hypotension. Hypotension can result in nausea, dizziness, confusion, blurred vision and fainting. In some cases, hypotension can actually lead to hypovolemic shock, a potentially life-threatening condition.

But dehydration can cause hypertension, or high blood pressure, as well. When the brain secretes ADH, the chemical that causes water retention, it also causes our blood vessels to constrict. When this happens, our blood pressure increases. Chronic, elevated blood pressure is not only a risk factor for Type 2 diabetes but for several other conditions, including stroke, heart attack, vision loss, kidney damage and kidney failure.

Dehydration and the Brain

If you've ever been dehydrated, you might have noticed yourself feeling a little sluggish, having difficulty concentrating or getting brain fog. It's not in your imagination. Research actually shows that even mild dehydration can affect your brain.

In one study from the Georgia Institute of Technology, researchers studied subjects who lost water through vigorous exercise and did not hydrate, leading to a state of mild dehydration. The subjects were asked to exercise and then repeat a series of experimental tasks to test their responsiveness. The researchers found that dehydration affected not just the participants' reaction time during the tasks but their accuracy as well.

Science has shown that temporary, mild dehydration can affect cognition and mood — but the results of chronic dehydration could be devastating. One 2018 study from the journal Nutrients found that among 1,081 subjects who were being evaluated for Alzheimer's disease, patients with cognitive decline and depressive mood (CD-DM) were more dehydrated than subjects in the control group. The researchers also noticed that subjects who were chronically dehydrated had an associated risk of developing specific types of dementia, namely Alzheimer's and vascular dementia.

While scientists aren't exactly sure why dehydration might be associated with Alzheimer's, some researchers theorize that decreased water levels in brain cells can cause proteins to misfold, which essentially means the cells are going rogue, failing to form into their correct shapes. This response is associated with and could be the cause of different types of fronto-temporal dementia. Additionally, some scientists think that dehydration could make it harder for cells to clear out toxic proteins from the brain, causing a buildup of these proteins that are associated with dementia and other neurodegenerative diseases.

It's important to note, however, that there's no conclusive link between chronic dehydration and dementia — only that the two things have been associated with each other in several studies. Still, to prevent dehydration and the numerous problems that go along with it, the solution is simple: Drink up.