The Gut-Lung Axis: How Your Microbiome Might Be Linked to Respiratory Health

You've probably heard of the gut-brain connection. But did you know that the bacteria that live in your gut also influence your lungs in ways scientists are only beginning to understand? 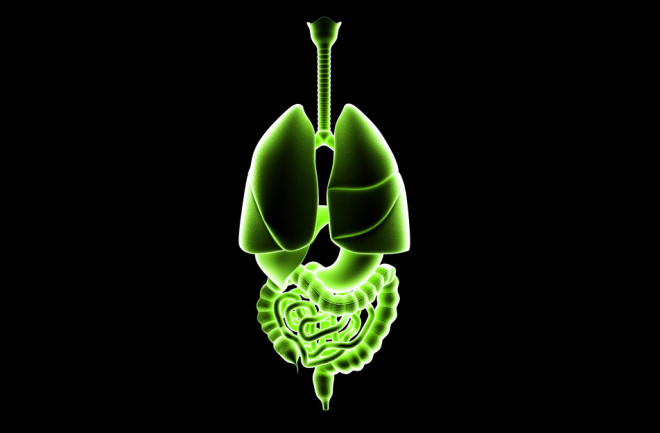 What do the trillions of friendly bacteria, fungi and other microorganisms that live in your gut have to do with your chances of developing severe COVID-19 symptoms? As it turns out, more than you might think. We tend to compartmentalize the different organs of our body, but science is revealing the unique ways our various bodily systems communicate and affect our health.

The human gastrointestinal (GI) tract is home to a diverse ecosystem of microbes, known collectively as the microbiota. Among its many roles, the gut microbiota regulates the immune system and protects against harmful pathogens. In fact, the largest part of the immune system, the gut-associated lymphoid tissue, is found in the gut. This network of immune cells and tissues interacts closely with the gut microbiota, influencing inflammation throughout the body.

Gut microbiota composition varies from person to person and can change in response to lifestyle factors. Diet, medications, and pathogens can disrupt the microbiota, which in turn can promote inflammatory conditions in the gut and in distant organs like the brain and lungs, through a series of interactions with immune cells.

The lungs also have their own distinct microbiota, though lower in number and diversity than the gut. The two-way communication hub between the gut and lungs, called the gut-lung axis, influences the immune status of both organs. Crosstalk occurs through chemical messengers that are produced directly by microorganisms and by the immune system responses that they trigger. These messengers travel via the blood and lymph to help regulate immune system function throughout the body. A healthy gut microbiota will produce chemical signals that suppress inflammation in the gut and body, while an impaired microbiota will produce signals that increase inflammation.

For example, when gut microorganisms break down food, they produce small molecules called metabolites, the most well-studied of which are short-chain fatty acids (SCFAs). SCFAs are abundantly produced by certain microorganisms when they metabolize dietary fiber. They reduce inflammation, traveling via the bloodstream to influence immune cell recruitment and activity throughout the body — including the lungs. Microorganisms can also produce other messenger molecules like endotoxins, which promote inflammation by triggering immune cells to release cytokines — small proteins that modulate the immune system. Overall, endotoxins trigger the release of inflammatory cytokines, while SCFAs inhibit their release.

In this way, gut disorders can affect the lungs, and lung diseases can affect the gut, because both share similar immune messengers and inflammatory processes. It has been shown that chronic obstructive pulmonary disorder (COPD) and asthma are more common in patients with gut diseases like irritable bowel syndrome or inflammatory bowel disease, and vice versa. While the precise cause and effect remains unclear, the microbiota’s influence on inflammation is proving to be an important link.

Respiratory scientist Phil Hansbro and a team of researchers recently published a small study in Nature Communications showing that COPD patients have a distinct gut microbiota, with certain bacterial species that correlate to reduced lung function. Since both smokers and non-smokers with COPD have a similar microbiota, cigarette smoke itself is unlikely to be the primary driver of COPD. Rather, there’s something about the COPD gut microbiota signature that is specific to the disease itself. The precise cause and effect are still not known, but the correlation is providing an important clue to direct future research.

Although COVID-19 primarily compromises the lungs, it also affects other parts of the body, including the gut. Gastroenterologist Ajiz Ahmed and colleagues at Stanford University showed that patients with GI symptoms were five times more likely to be admitted to the hospital — a connection that begins to make sense when we understand what the gut and lungs have in common.

As different as the roles of the gut and lungs are, they share some of the same basic structural features because they develop from the same embryonic tissues. For example, they are both lined with mucous membranes — a thin layer of specialized cells that lubricate and protect against pathogens — and they are both part of the same mucosal immune system, an integrated immune network that protects the body from infection.

COVID-19 enters cells by binding to angiotensin-converting enzyme 2 (ACE2) receptors on the surface of cells throughout the body. ACE2 is a protein involved in normal biological processes, including blood pressure regulation, wound healing, and inflammation. COVID-19 uses ACE2 receptors as a doorway to enter cells and start replicating. In the process, the normal functions of ACE2 receptors are blocked. Cells that line the gut and lungs are particularly vulnerable to COVID-19 infection because they have many ACE2 receptors. People who have pre-existing deficits in their microbiota tend to have more ACE2 receptors. This may increase their susceptibility to inflammation and to COVID-19 infection, especially more severe cases.

Microbiologist and immunologist Gregor Reid of Western University in Canada says that “inflammation in the gut and lungs [can] provide the virus access to distant sites and potentially [contribute to] poorer patient outcomes.” For example, inflammation damages the cellular structure of the gut’s lining, undermining its ability to act as a protective barrier. In this way, pathogens may exit the gut, enter the bloodstream, access other organs expressing ACE2, and trigger inflammation in distant parts of the body. Other scientists are hypothesizing that disruption of the gut’s mucosal barrier may lead to severe COVID-19 for this very reason.

Reid cautions that the severity of COVID-19 symptoms likely depends on many variables and interactions that are still not entirely clear. For example, certain individuals may be more susceptible to severe COVID-19 based on the pre-existing status of their gut microbiota and their susceptibility to inflammation, Reid says. Even medications that a patient takes could alter their gut microbiota and influence COVID-19 infection and severity.

Gastroenterologist Siew Chien Ng and researchers at the Chinese University of Hong Kong found that certain bacteria known to reduce inflammation were depleted in COVID-19 patients who had elevated inflammatory markers in their blood, regardless of whether they received medications.

While the priority for preventing and treating COVID-19 lies with developing vaccines and other therapies, paying closer attention to the gut microbiota may help with overall disease management.

One of several strategies under consideration is the use of probiotics. A clinical trial by virologist Fabrizio Pregliasco and colleagues of the University of Milan showed that probiotics reduce the number and severity of respiratory infections during cold and flu season — though only slightly. Some evidence indicates that probiotics might help prevent pneumonia in critically ill patients receiving mechanical ventilation. Beyond that, a review of published research found that probiotics prevented colds better than placebos did. However, the researchers uncovered a number of problems with the studies they analyzed, with many of them being small, poorly designed, or financially supported by probiotics makers.

Reid says that the concept of using probiotics to prevent or treat respiratory illnesses warrants further study. As science uncovers more about the gut-lung connection, tailored treatments that harness the power of the microbiome could become a reality and bring a sigh of relief.