Dr. Joseph Pickrell has updated his preprint, The genetic prehistory of southern Africa, with some more material on the Sandawe. I've explored the genetics of the Sandawe a bit using ADMIXTURE, so I jumped straight to the section on ROLLOFF:

...To further examine this, we turned to ROLLOFF. We used Dinka and French as representatives of the mixing populations (since date estimates are robust to improperly specified reference populations). The results are shown in Supplementary Figure S22. Both populations show a detectable curve, though the signal is much stronger in the Sandawe than in the Hadza. The implied dates are 89 generations (2500 years) ago for the Hadza and 66 generations (2000 years) ago for the Sandawe. These are qualitatively similar signals to those seen by Pagani et al. [65] in Ethiopian populations. There are two possible historical scenarios that could lead to these signals: either the Hadza and Sandawe both directly admixed with a western Eurasian population about 2,000 years ago, or they admixed with an east African population that was itself admixed with a western Eurasian population. The latter possibility would be consistent with known east African admixture into the Sandawe [16] .

Pagani et al. refers to the paper Ethiopian Genetic Diversity Reveals Linguistic Stratification and Complex Influences on the Ethiopian Gene Pool, which inferred that the origin of the West Eurasian-African hybrid population of the Horn of Africa date to ~3,000 years B.P. Let's back up here for a moment. First, it looks like the population of the Indian subcontinent came into being in its current state in the Holocene. Second, it also seems likely that there has been major disruption to the genetic substratum of Europe since the end of the last Ice Age. The top-line result is that a substantial minority of European ancestry, with a southwest-northeast cline, may be of East Eurasian provenance. But I think just as important is the possibility that there has been successive replacement of West Eurasian groups over the course of European prehistory. The genetic signal of the latter exists, but is more difficult to tease apart because these branches of the phylogenetic tree have a more recent common ancestor and are not as differentiated. Third, in historical time we have seen a massive reorganization in the center of Eurasia, as Iranian populations have given away to Turkic ones. Fourth, there is a fair amount of circumstantial evidence for massive population replacement across Southeast Asia of Negrito groups. First by the ancestors of Austro-Asiatics, and then Austronesians. Finally, now there are these confirmations of massive genetic turnover on the fringes of East Africa, from Ethiopia, down to the south in Tanzania. 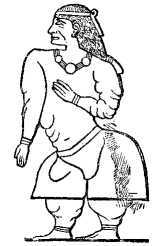 One issue which now comes to mind for me is the nature of the people of Punt, a mysterious land, perhaps in modern day Somalia, which traded with antique Egypt. From the depictions in Egyptian wall art they do not seem to exhibit a conventional Sub-Saharan African appearance, despite their likely African location. And ancient Egyptians clearly were familiar with people of Sub-Saharan African appearance, as Nubians appear early on in their wall wart. But these results from ROLLOFF and Pagani et al.'s inference as to time of admixture give us a possible explanation: the people of Punt were outriders of Southwest Asian expansion into East Africa, and they exhibited an unadmixed appearance because admixture had not yet been extensive. Ultimate we're taking para-history here. The people of Ethiopia were on the fringes of Egypt and the Near East, but at far enough of a remove that we are not treated to any literary documents which attest to the process of ethnogenesis. This does not even touch upon the Bantu expansion, which seems to have occurred after the first intrusion of West Eurasians into the East African landscape. It is notable that the Sandawe as an amalgam of Khoisan and West Eurasian, while their Bantu neighbors presumably have less of both of these elements. When the pyramids were rising in Egypt all of this had not occurred.