The gene (machine) and we 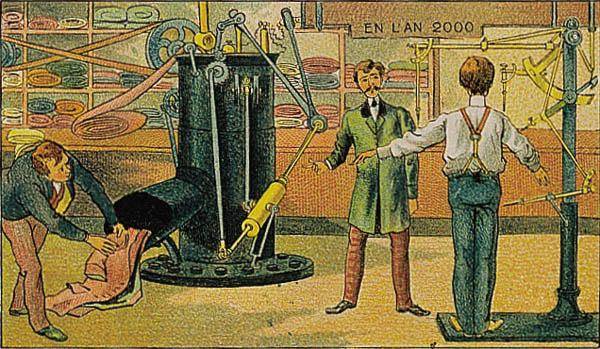 Over at IEEE Spectrum Eliza Strickland has a long piece, The Gene Machine and Me, which reports on her experience with exome sequencing (this refers to the ~1 percent of the genome, or 30 billion base pairs, which is coding). Being IEEE Spectrum there is much focus on genomic technology, but I suspect this will have as much interest 10-20 years down the line as varieties of combustion engine circa 1900 are to us. In other words, it will be standard technology which we use, not a novel technique which is of interest to non-specialists. Rather, it's the biology and medicine which are of more lasting relevance. As is usually the case the promoters of these technologies tend to overestimate the obvious short term impact of their field of advancement. For example, here is this quote: “I do believe that genome sequencing will have as profound an effect on medicine as clean water, antibiotics, and imaging.” No he doesn't. Public health measures and antiobiotics revolutionized the life expectancy of human beings. Does anyone expect genomic sequencing to add decades to our lives? That low hanging fruit which blasted mortality rates has been picked. No. Rather, sequencing technologies will add information on the margins, and reduce morbidity over one's lifetime. Not trivial, but not clean water.* There will be a minority of cases where whole genome sequencing will make a big difference, and a majority of cases where it will be part of a broader information portfolio. Second, some of the descriptions struck me as implausible projections of the future. Or, perhaps more precisely the future recast as a glittery present. This is not a criticism of Strickland, as her treatment follows the standard protocol, where doctors and genetic counselors sift through the reams of data to arrive at better diagnoses and preventative regimes. The problem I see is that this just projects contemporary best practices, and likely resembles predictions of the year 2000 in 1900. Imagining a doctor using information appliances strikes me as similar to imaging advanced steam engines and bicycles. Plausible projections, but ultimately unaware of radical transformations in the nature of human life. I see little value toward throwing enormous clouds of data at human medical doctors. Rather, I suspect a new information ecology will arise where whole genome sequencing and personal self monitoring will be fed through powerful artificial intelligence systems (it is irrelevant to me whether these are "really" intelligent) which will be able to provide immediate advice conditional on our preferences and our past decisions. A metaphor here might be that the decisions about one's health and well being are like navigating a densely and intricately braided estuary, only powerful information technology can allow one to infer the subtle and imperceptible topography which constraints the river system and scaffolds its flow. To a human eye it would all be flat, and the vast expanse would be a perplexing swamp. 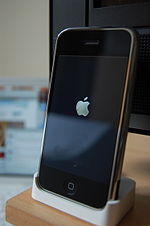 This may all seem science fictional, but we already have the extremely primitive prototypes of these information appliances in form of "smart phones." To my one year old daughter a "phone" is a rectangular device which responds to touch input. Not only does she communicate via the phone, she is aware that it is a responsive and interactive device. These skills are portable to tablet devices, though her tendency to toss them about diminishes their utility. My point is that novel biomedical technology and the information that they yield, such as whole genome sequencing, is going to come to the fore only when this generation, comfortable with flexible, novel, and analysis rich human-machine interfaces, matures into the fullness of their powers. These are the children who will understand that asking their parents about factual data is a far less effective means of gaining information than utilizing their tablet/phone. They will also infer from that early experience that asking their human doctor for a diagnosis might be less effective than allowing an algorithm to arrive at the most likely probable cause, along with the distribution of less likely causes. * To be fair, genome sequencing may have a radical impact on the nature of humanity through prenatal screening. Image credit:Andrew.