The future will envelope us 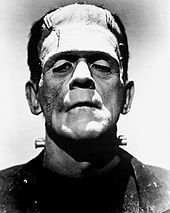 Emily Anthes has a new book out, Frankenstein's Cat. It looks quite interesting, but I'll be honest and admit I doubt I'll get to it, mostly because I am relatively sanguine about genetic modification. I don't think it's a qualitative difference from what's been going on for 10,000 years. To me all genuine concerns about this area don't fundamentally have anything to do with the core idea of genetic modification (e.g., rather, it is about control of the means of production, etc.). If you are wondering if you might like the content of Frankenstein's Cat, I would recommend this 40 minute interview of Anthes on NPR. It strikes me that she's presenting a rather "balanced" perspective, acknowledging the concerns of some, while attempting to highlight the genuine benefits of genetic modification. Speaking of which, one thing which came out in the NPR interview is that some animal geneticists are actually moving to places like Brazil to do their work because of disquiet about the nature of their research. In this specific case it had to do with replicating the anti-bacterial properties of human milk for goats using trans-genic methods (I presume). The host naturally expressed difficult to suppress revulsion at the idea of "human genes" in "animals." To be pedantic of course we are ourselves animals, and what is a "human gene" supposed to even mean? A substantial portion of the human genome does not derive from humans. On the one hand it's sad when American researchers have to go abroad when their work really isn't that objectionable. If, for example, they were modifying goat milk with cow genes that would not arouse as much concern, even though fundamentally the process is the same. Intuitive folk biology and a moral sense of the special character of humanity which is somehow ineffably tied up into our form and genetic character bubble up unbidden. But in nations like Brazil where diarrhea is major public health concerns these wisdom-of-repugnance intuition lack as much relevance. There is often the presumption that genetic engineering will be accessible only to the rich. And yet I wonder perhaps if being "wholly organic" might become a sort of signal of affluence and conspicuous consumption, with those closer to the margin of poverty engaging in various transformations which are ethically, morally, or aesthetically disquieting. Addendum: Organisms which have been modified to have human genes have been around for a while obviously. What seems new on the horizon is the industrial scale, and likely real world (as opposed to basic science) application.