The Future of Space Food: Bugs

They reproduce rapidly, eat just about anything, and are nutritious, too. 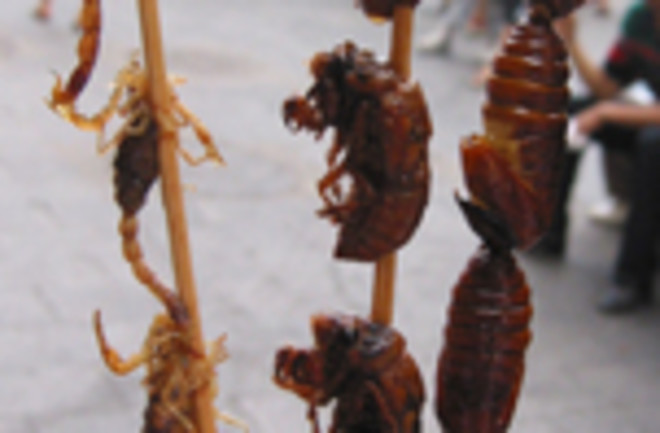 First there was astronaut ice cream. Now insects may become the next food frontier for space cuisine. The Space Agriculture Task Force, affiliated with the Japanese space agency, is looking for ways to feed astronauts on extended missions, like on a stint to Mars. A long stay on the Red Planet would require travelers to grow their own food, but a vegetable- and grain-based diet doesn’t efficiently supply fats and amino acids.

According to research (pdf) by Robert Kok, a Canadian involved in the project, bugs reproduce rapidly, so small farms could produce a steady stream of food for humans or other animals. They also efficiently convert material that is inedible to humans—mulberry leaves, wood, waste—into body mass. So bugs like silkworms, drugstore beetles, termites, or hornworms could help fill in nutritional gaps. Japanese researchers have already made cookies from silkworms, a commonly domesticated species.