The future of human evolution 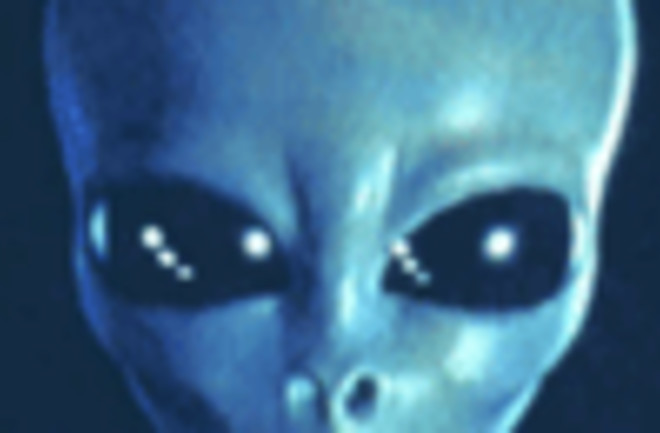 Since The Origin of Species was published 150 years ago many articles on evolution are seeing the light of day today. Normally I'm all in favor of this, I ♥ evolution. But it also means that woolly thinking is put out there as conventional wisdom as journalists simply act as stenographers for any scientist who's in their rolodex. Some of the quotes in this National Geographicarticle make me want to tear my hair out. Ian Tattersall, a paleoanthropologist, decides to offer up his opinions as a population geneticist:

"Everything we know about evolutionary change suggests that genetic innovations are only likely to become fixed in small, isolated populations," he said. For example, Darwin's famous Galápagos finches each evolved from their mainland ancestor to fit a unique habitat on the isolated islands in the Pacific. Natural selection, as outlined in On the Origin of Species, occurs when a genetic mutation--say, resulting in a spine suited to upright walking--is passed down through generations, because it affords some benefit. Eventually the mutation becomes the norm. But if populations aren't isolated, crossbreeding makes it much less likely for potentially significant mutations to become established in the gene pool--and that's exactly where we are now, Tattersall said. "Since the advent of settled life, human populations have expanded enormously. Homo sapiens is densely packed across the Earth, and individuals are unprecedentedly mobile. "In this situation, the fixation of any meaningful evolutionary novelties in the human population is highly improbable." Tattersall said. "Human beings are just going to have to learn to live with themselves as they are."

There's a lot here. First, why the emphasis on the fixation? Fixation means that a new mutation sweeps to 100% (or above 95% or 99% depending on your criterion). But if a mutation goes from 0 to 75% isn't that significant? Of course it is. The allele for lactase persistence hasn't even fixed in Northern Europeans (in part because it seems to have a dominant effect). There are many physical traits which we define as population-characteristic, such as European pigment variation, or East Asian hair form, which are due to alleles which haven't fixed. Populations can change their mean values on quantitative traits without fixation. Second, the issue about population size and isolation is a complicated one, and goes back to debates between R. A. Fisher and Sewall Wright, and lay at the heart of arguments around speciation. Tattersall is speaking as if there is no controversy, and the Wrightian tradition has won. I don't think it's that clear cut, nor are we looking at an either/or distinction. On a single-locus the probability of a new mutation fixation is inversely proportional to population size. This makes sense because the power of random genetic drift to cause deviations generation-to-generation is greater in smaller populations. Intuitively, the fewer you have in your sample the more error you have. But random genetic drift is not the only variable at work, natural selection is relatively population size invariant in its effect. A celebration of the publication of Origin should, I would think, note that natural selection can operate often more effectively on large populations because the noise introduced into the process by drift is diminished. Additionally, neutral theory tells us that population size should not effect the rate of mutational substitution, because a larger population has more mutations (each mutation has a smaller chance of fixation, but there are many more mutations). Finally, interbreeding tends to eliminate between population differences introduced by random genetic drift (it basically acts in opposition to inbreeding). But it can help spread the sweep of favorable mutations across populations when natural selection is operative. Lactase persistence spread across Eurasia likely because of the mobility which was engendered by the horse (with which lactase persistence is associated). Similarly, we notice resistance to pathogens like malaria in parts of Europe, Africa and Asia. And that's because of the interconnections between regions (malaria became a feature of the Italian coast after the fall of the Roman Empire). Tattersall is presenting a very selective slice of population genetic wisdom. Not only that, I could make the case that his own spin is in opposition to classical Darwinian tradition, which emphasizes phyletic gradualism due to selection upon continuous traits (Darwin wrote a lot, so I won't argue that he had one opinion, or put all his eggs in one mechanism or dynamic. And in any case, he wasn't always right). And of course, our old friend Steve Jones shows up again. He says:

The human population will become more alike as races merge, he said, but "Darwin's machine has lost its power." That's because natural selection--Darwin's "survival of the fittest" concept--is being sidelined in humans, according to Jones. The fittest will no longer spearhead evolutionary change, because, thanks to medical advances, the weakest also live on and pass down their genes. When On the Origin of Species was published in 1859, only about half of British children survived to 21. Today that number has swelled to 99 percent. In developed countries, "the fact that everybody stays alive, at least until they're sexually mature, means ['survival of the fittest' has] got nothing to work with," Jones said. "That part of the Darwinian fuel has gone."

On the first point, again, it operates under the blending model of genetics. This is a good approximation in certain cases (height), but very bad in others (pigmentation). One prediction of the blending model is that all human populations will converge to a shade of similar brown in a state of panmixia. This is true, but only for the expectation or average. There will remain variance because pigmentation differences are primarily due to the effect of half a dozen genes segregating within the population. Families of mixed-race often have a wide range in physical attributes in the children because of the mixing and matching of these genes from generation-to-generation. In fact, mixing populations will result in the emergence of new genotypic combinations not seen in the parental populations. A toy example will make this clear. Most of the variance on blue/non-blue eye color is due to to variance around a region of the genome stretching for the locus HERC2 to the locus OCA2. The particular type of hair common in East Asians, thick and straight, is due to variation around the gene EDAR. Let us imagine someone who has two Eurasian parents, whose own parents on both sides are Swedish and Chinese. It is an extremely high probability then that the parents, the outcomes of interracial marriages both, will be heterozygotes for both traits. In other words, their genotypes will carry both the variants dominant in Sweden and China. But the range of outcomes in their own children is very large. (the outcome of a marriage between two mixed-race people) Consider: B = blue eye allele b = brown eye allele E = East Asian hair form allele e = Non-East Asian hair form allele The parents will both likely have genotypes of the form: BbEe So, they can contribute either B or b, and either E or e. So the potentional genotypes of the offspring (along with the probability*) might be: 25.0% - BbEe 12.5% - BbEE 12.5% - bbEe 12.5% - BBEe 12.5% - Bbee 6.25% - bbEE 6.25% - BBEE 6.25% - bbee 6.25% - BBee bbEE will be an individual with brown eyes and East Asian hair form. BBee will be an individual with blue eyes and European hair form. This shows that ancestral phenotypes naturally reemerge through conventional Mendelian processes. But consider BBEE. This individual will have blue eyes and East Asian hair. This is novel, and explores genotypes which are simply not found in the ancestral phenotypes. I'm using a visible obvious feature for which we understand the genetic architecture; imagine how many others there are out there waiting to be brought together! This is why I get tired of arguments like Steve Jones', not only does it lack imagination, but it's as if he lives in the pre-Mendelian era. Also, Jones' point about people no longer dying also shows a lack of imagination. Some people don't reproduce. Spontaneous abortions (miscarriages) are still extant a very high frequency. There is variance in reproduction from person to person. In fact, standard population genetic models which assuming a poisson distribution probably underestimate the variance. Sometimes giving someone a bit of population genetics can be a dangerous thing, with Steve Jones being a classic illustration. There are some other people in the second half of the article who argue that we are still evolving. But I'm about done at this point, so I'll let them speak for themselves. Note: I am aware that my review of the issues here were cursory and simplified. My point is not to refute the exact positions asserted, but to contend that they elide the complexity of the process to such an extent that they mislead. * Heterozygote parents have a 50% chance of producing heterozygote offspring, and a 25% chance of producing each of the homozygotes. If the traits are unlinked one can just multiply across the two loci as independent probabilities.