After my post yesterday on Bryan Caplan's argument for having more children, I was curious as to what the public perceptions of the ideal number of children was in the General Social Survey. There's a variable with large N's which is already in there: CHLDIDEL. It asks:

What do you think is the ideal number of children for a family to have?

Curiously I noticed a bounce back in terms of ideal numbers in the 2000s plotting CHLDIDEL by year, YEAR. This could be just due to demographic changes (a larger proportion of pro-natalist immigrants after 1965), so I sliced the sample in a few different ways. More specifically, I focused on women aged 18-40, since these are presumably the ones who are the ultimate agents in terms of family size, and combined years by decade to increase sample size for the demographic slices. It does seem that there was a broad societal shift among women of child-bearing age to prefer larger families in the 2000s in relation to the previous decade. Below the fold I have some charts with the means (the small dots) by decade as well as the 95% confidence interval for various demographics. 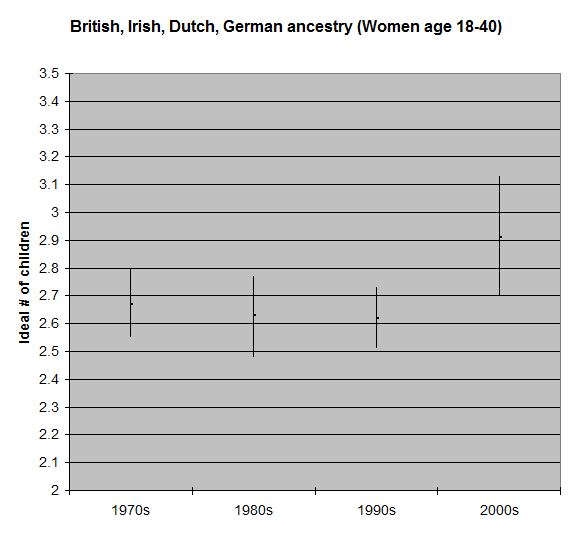 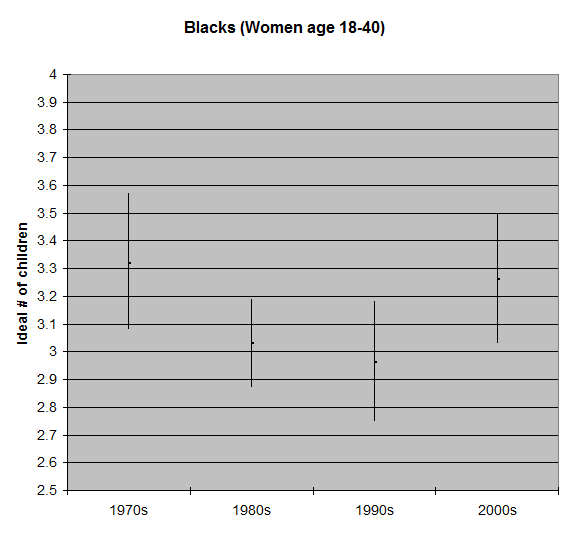 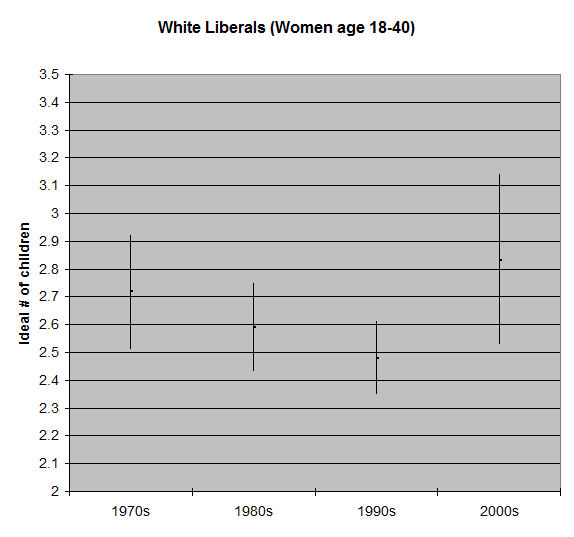 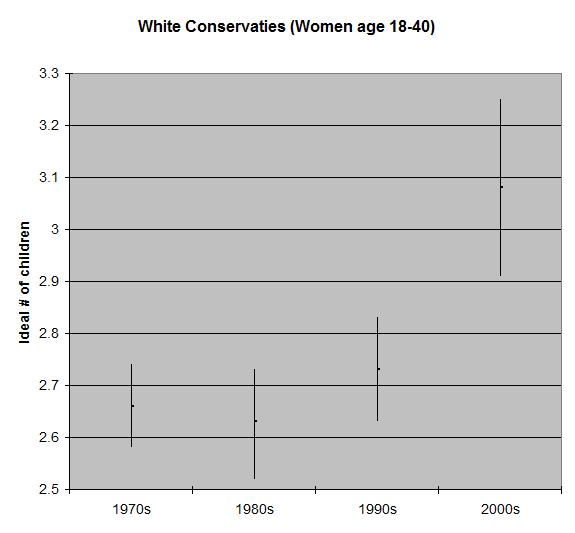 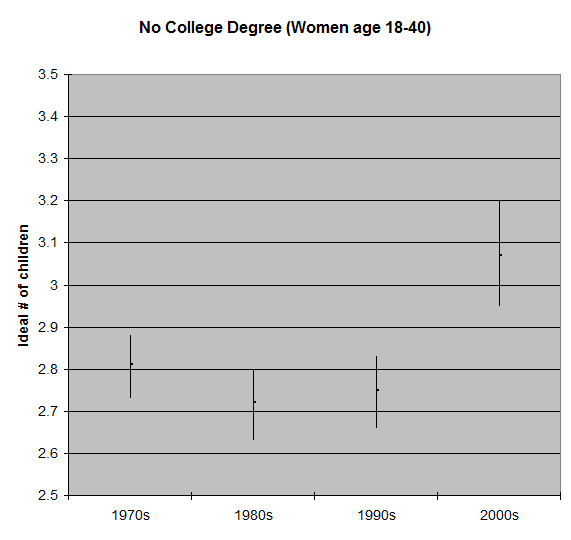 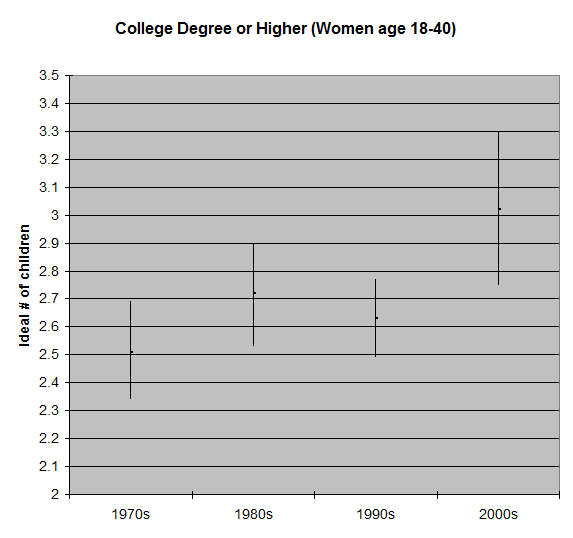 One of the two reasons that Thomas Malthus and David Ricardo were wrong about the future economic equilibrium, at least over the medium term, is that in the 19th century industrializing nations began to go through demographic transitions. But there is no reason that this need to persist eternally, and one presumes that over time there will be some shift back toward pro-natalism because by tautology those who are by disposition or ideology toward favoring procreation will propagate their genes and memes to a greater extent into the future.