The future is not impossible 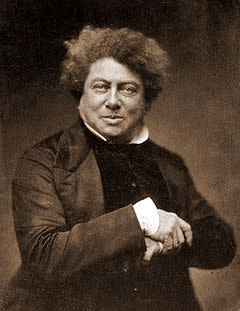 regularly on the genetics of mixed-race people and their physical appearance is that I don't think the media does a good job. There's a "freak show" element which titillates but does not illuminate. This in a period in the United States where the absolute number of people of mixed origin is increasing rapidly due to intermarriage. In fact for years I've gotten inquiries from the parents of mixed-race children about the scientific details of the genetics, because they are regularly questioned in depth as to how the children came to look how they look (the emails are always from women, more on that later). A relatively well written article in The New York Times illustrates some of the issues, insofar as the focus is totally on social context and dynamics, with not even a small nod to the science. The story is about a mixed-race woman (mother white and father black) who is married to a white man, whose children don't "look black." Specifically, her two daughters are very light-skinned, and the younger one is boldly blonde. Here's the jump off point of the piece:

“How come she’s so white and you’re so dark?” The question tore through Heather Greenwood as she was about to check out at a store here one afternoon this summer. Her brown hands were pushing the shopping cart that held her babbling toddler, Noelle, all platinum curls, fair skin and ice-blue eyes. The woman behind Mrs. Greenwood, who was white, asked once she realized, by the way they were talking, that they were mother and child. “It’s just not possible,” she charged indignantly. “You’re so...dark!” It was not the first time someone had demanded an explanation from Mrs. Greenwood about her biological daughter, but it was among the more aggressive....

Of course it's possible. The science behind this is trivially plain. The biological mother has alleles which code phenotypes distinctive of Europeans and Africans. Because her father is African American she is even likely to have more European ancestry than African ancestry (median African American is ~80% African and ~20% European). Genes which control variation in skin pigmentation at the scale of racial differences are distributed across half a dozen loci, but with blue vs. brown eye color there's really only one locus which explains most (though not all) of the variation. That probably explains how both the daughters have blue eyes. The mother is probably a heteozygote, and the father is a homozygote. That means that any one of their children has a ~50% chance of having blue eyes and a ~50% chance of having brown eyes. So the chance of both daughters turning out to have blue eyes is ~25%. But obviously the science isn't the meat of the piece. I just wish they'd given a quick explicit nod to it so that people would know why the outcome is as it is. It's not rocket science. In terms of the experiences of this family, there are a few issues that come to mind. First, it would be nice to clarify the ages of the individuals who ask her rude questions. My personal experience is that people who compliment me on my ability to speak English well have invariably been born before 1970. No matter one's politics or current life situation formative experiences matter. These are people who grew up in the United States before there were large numbers of children in their classrooms who "didn't look American" (i.e., they weren't black or white). In contrast, people who are younger had some of these kids in their classes growing up, so the fact that we don't have accents and can speak English fluently isn't an amazing feat which requires a compliment. Second, I wonder as to the dynamics in this specific case, a mixed-race women who is coded as black in the United States. It doesn't seem implausible that the experiences of Asian American and Latino women who have very light-skinned children would be somewhat different, because there's a lot less fraught history there. The power of hypodescent

still looms large in black-white relations, in a way it necessarily does not with other groups. Finally, there's the issue of mothers versus fathers. These stories always seem to focus on mothers who are assumed to be nannies of their own children. This is a very specific fear which I've read some black women have when it comes to interracial dating and the "think of the children" angle. But what about the fathers? It seems that paternity is something which is going to be much more plausible to challenge. In the few cases where black American families have adopted white children I've read that they have to be very cautious in public lest people get the wrong impression, and this is a particular problem with black males (like some gay couples keeping adoption papers on one's person can be handy in these instances). But that's all sociology. There's a lot of moving parts. But the genetics of this isn't too complex. Quite possible indeed.