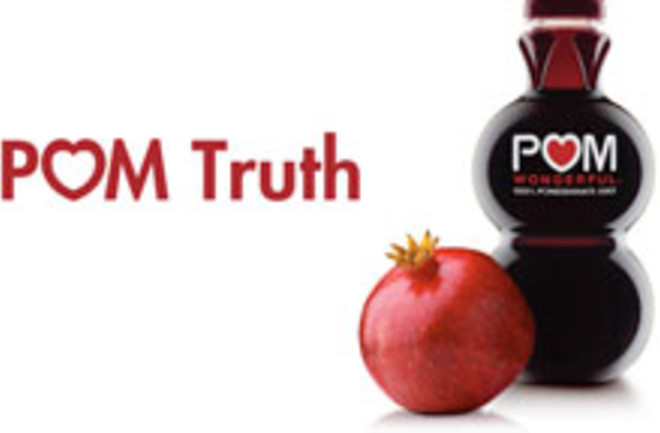 The Web site for POM pomegranate juice makes some pretty extreme claims, strongly implying that the juice can prevent or help treat diseases like cancer, hypertension, diabetes, and even erectile dysfunction. Now, the Food and Drug Administration has said such claims are misleading and are not allowed on food products, according to a report in The New York Times. If POM wants to make such claims, the FDA stated, it will have to be regulated as a drug. In a crackdown on companies with misleading labels, the FDA shot off warning letters asking 17 companies to clean up their act. POM is not the only company to be chastised by the FDA for misleading labeling. Other offenders included several products whose labels trumpet the fact that they contain no transfats, even though they contain high levels of saturated fat, writes The New York Times:

The products included Gorton’s Fish Fillets, Spectrum Organic All Vegetable Shortening and two products from Dreyer’s, the Dibs bite-size ice cream snacks and the vanilla-fudge Drumsticks. According to Dreyer’s, the Dibs contain 17 grams of saturated fat per serving. Federal guidelines recommend that a person not consume more than 20 grams in a day.