The downside of beauty 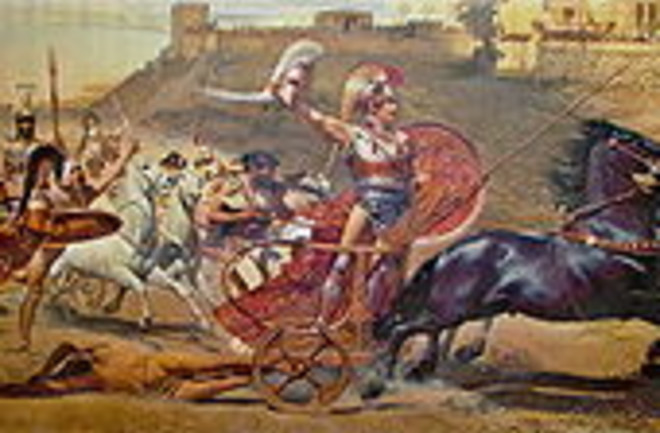 Well, I don't quite know about that, but that's the sort of take-away from a new paper in PLoS Biology which looks at the downsides of female attractiveness. A Cost of Sexual Attractiveness to High-Fitness Females:

Adaptive mate choice by females is an important component of sexual selection in many species. The evolutionary consequences of male mate preferences, however, have received relatively little study, especially in the context of sexual conflict, where males often harm their mates. Here, we describe a new and counterintuitive cost of sexual selection in species with both male mate preference and sexual conflict via antagonistic male persistence: male mate choice for high-fecundity females leads to a diminished rate of adaptive evolution by reducing the advantage to females of expressing beneficial genetic variation. We then use a Drosophila melanogaster model system to experimentally test the key prediction of this theoretical cost: that antagonistic male persistence is directed toward, and harms, intrinsically higher-fitness females more than it does intrinsically lower-fitness females. This asymmetry in male persistence causes the tails of the population's fitness distribution to regress towards the mean, thereby reducing the efficacy of natural selection. We conclude that adaptive male mate choice can lead to an important, yet unappreciated, cost of sex and sexual selection.

The dynamic is well illustrated by the first figure:

The two lines above the shaded distribution illustrate variant male preference strategies. The solid lines shows random preference for females as a function of size, while the dashed line shows biased preference toward larger fitter females. The two lines below show the distribution of female fitness in response. In the case of the solid line you see the fitness of females in the context of random preferences; that is, males do not strongly prefer females who are fecund because of their large size. The reason that a large female may be more fecund is rather obvious, more physiological resources expendable upon the offspring. The evolutionary anthropologist Sarah Blaffer Hrdy claims the same principle is operative among humans in her book Mother Nature, larger females are less likely to miscarry and have complications, and can provide more robustly for their young. If one is healthy enough to construct a large and robust physique, one normally does so. And yet as you can see above, strong male preference for these fecund females reduces their fitness. Male persistence from what I can tell might be colloquially termed "harassment." The energetic surfeit which larger females might allocate to their own reproductive output for provisioning has to be expended upon fending off males. In a context where males strongly prefer large females their fitness advantage is actually mitigated! This is a really weird outcome of sexual preferences. The model rests on four primary assumptions: (i) lifetime fecundity and net fitness are strongly genetically correlated (ii) body size and fecundity are positively correlated, both phenotypically and genetically, (iii) more antagonistic male persistence is directed towards females with higher intrinsic fecundity (i.e., potential fecundity in the absence of costly male persistence), and (iv) female resistance to male-induced harm does not rise sufficiently fast with increasing body size This equation shows that female fitness decreases due to male persistence. Driven by male preferences, female selection coefficient decreases in value, and so slows the overall rate of evolution (judged by the fixation of beneficial mutations, the probability of which is proportional to the selection coefficient):

U = rate of beneficial mutation s = selection coefficient The magnitude of the negative value of s♁, which is a reflection of male preference for fecund females, determines how much the rate of fixation of beneficial mutations will be negatively effected. They actually tested the assumptions and predictions of the model in experiments on Drosophila. Figure 2 illustrates the effect of male preference and persistence for larger and more fecund females:

The more attention female flies were allowed to receive the more fecundity equalized! This is certainly a counterintuitive finding, as I suspect most people would expect a "winner take all" dynamic where the best would monopolize attention. I'm left a little confused by this sort of paper. Evolution is in its ultimate basis is a matter of logic, but when it comes to the byzantine dance between sexual, environmental and social selection, the balance between physiological and reproductive fitness, one can be left like a dog chasing one's own tail logic takes nature by its horns and drives to inevitable conclusions. I assume that's why experiments and field research are a necessary complement to analysis from first priniciples. The authors are cautious about their results:

Our model of adaptive male mate choice in the context of harmful male persistence has important limitations. First, we have implicitly assumed that the increased male persistence (directed toward larger, more intrinsically fecund females) does not cause larger females to have lower than average fecundity. Second, male condition may be more variable in nature compared to the laboratory, and condition-specific patterns of male persistence could either enhance or reduce the bias of male persistence toward larger females. Third, we have ignored complicating factors such as size-assortative mating interactions, e.g., smaller females receiving persistence predominantly from smaller or poor-condition males. Fourth, we have assumed that male mate choice is based on a female trait that directly influences her fecundity, such as body size. Theory predicts that this type of male mate preference will lead to a monotonic preference for larger females...However, when the preferred female trait is a costly indicator of fecundity, such as an energetically expensive ornament, then males can evolve to prefer intermediate trait values in females...and our model would not apply. Fifth, our model may not apply to species where females obtain direct net benefits from increased mating rates, such as those with nuptial feeding...Lastly, we have assumed a static male preference and female indicator trait. In many contexts, these two traits can be expected to coevolve, and this dynamic is not included in our model.

Nonetheless, our empirical work suggests that the requisite conditions for the model to operate, at least transiently, can feasibly be achieved.

Given enough time, a large enough population, and one can imagine that natural selection and adaptation may behave in a deterministic fashion over the long term. But in the long term we are all dead. The transient, or transients, may be what really matters. In terms of evolution too often we take the simple logic to its natural conclusion. As if we are simply those lucky few to live in a transient when the logic and the empirics do not align. I suspect the bigger insight is that evolutionary systems are often out of equilibrium, and that exogenous shocks and chaotic population dynamics due to endogenous parameters shift the adaptive landscape so frequently that selection and adaptation are often being buffeted by contingency and stochasticity. This makes mince meat of our logic and sharply curtails of the power of our inferences. To some extent we know that intuitively. If the logic of evolution was clean and the world characterized by a calm general equilibrium one might infer that the cosmos was populated by a uniform super-species, the fittest of the fit ideally adapted to any circumstance that might prevail. But that is clearly not so, and the bubbling foam of speciation and extinction are a testament to the fact that evolutionary process surfs on the edge of history. Certainly nature has a peculiar sense of humor if it gives fecundity with one hand and snatches it away with the other! Citation: Long TAF, Pischedda A, Stewart AD, Rice WR, 2009 A Cost of Sexual Attractiveness to High-Fitness Females. PLoS Biol 7(12): e1000254. doi:10.1371/journal.pbio.1000254