The Dangers of 'Spice' and Other Synthetic Cannabinoids

While they're meant to imitate natural cannabis, these lab-made substances barrage users with severe symptoms and are harder to quit. 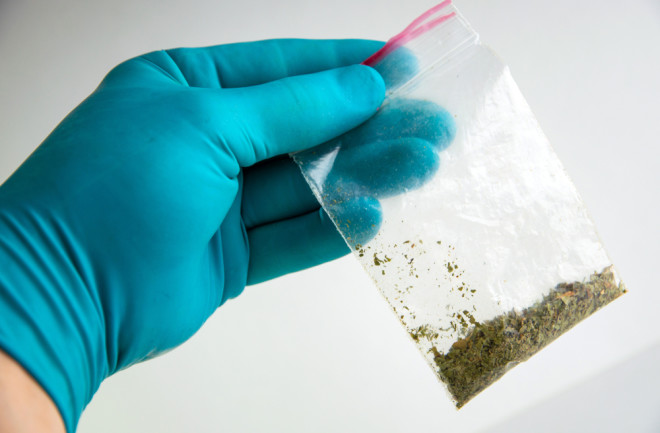 Synthetic cannabinoids, commonly known as “spice” and “K2,” are substances that mimic the psychoactive chemical compounds present in cannabis. They're commonly used by vulnerable populations, including people experiencing homelessness, and have triggered mass overdoses. Though traditionally advertised as a harmless alternative to marijuana, they can do far more serious damage than their naturally occurring predecessors.

Studies suggest that synthetic cannabinoids can cause acute anxiety, panic and psychosis. These compounds also have high abuse and addiction potential, according to research published in Psychopharmacology this September. Based on data gathered between 2015 and 2016, this study represents the most comprehensive analysis so far of spice withdrawal symptoms and the first to compare their severity with cannabis withdrawals. The crucial finding: continued spice consumption produces worse cravings than cannabis.

The survey data included 284 people who said they had consumed synthetic cannabinoids 10 times or more and made attempts to stop within the previous year. Most respondents noted that their attempts triggered three or more withdrawal symptoms, including insomnia, irritability, despondency and craving — and that these symptoms were serious.

“Although originally produced as a legal alternative to cannabis, our findings show that spice is a far more harmful drug,” lead study author and psychology Ph.D. student Sam Craft said in a statement last month. “It’s therefore important that greater effort is made to ensure that spice is not used as a substitute for cannabis, or any other drug, and that people experiencing problems with spice should be supported with treatment.”

What Are Synthetic Cannabinoids?

These lab-made alternatives weren't developed with recreational use in mind. In the 1990s, John W. Huffman and a team of fellow chemists at Clemson University created some of the first formulas for synthetic cannabinoid receptor agonists (SCRAs), a family of substances that imitate the physiological and psychological impacts of cannabis on our systems. Huffman created hundreds of these substances to study naturally occurring cannabinoids, the chemical compounds found in marijuana.

In almost no time at all, chemists abused these instructions. Starting in the 2000s, chemical companies (that some specialists believe to be based in China) produced massive quantities of powdered synthetic cannabinoids, which they then submerged in acetone solutions and sprayed over shreds of plant matter. These businesses then packaged the product and sold it, says D’Souza, sometimes as incense and potpourri and sometimes as “spice,” a recreational smoking mixture which would supposedly produce psychoactive responses similar to marijuana — without the health and legal risks.

"There are these unscrupulous chemists out there in the world working in unsanctioned, illegal labs, who have used their creativity and ingenuity to come up with new molecules every morning,” says Ruben Baler, who serves as the health scientist administrator at the National Institute on Drug Abuse. “There is an infinite array of possibilities for these chemists to come up with.”

Why Spice Is So Strong

Ultimately, thousands of synthetic cannabinoid users appeared at medical centers in the U.S. throughout the 2000s and 2010s. They complained of chest pains, palpitations, arrhythmia, nausea, vomiting, twitches, tremors and seizures.

Some patients lost their coordination and consciousness. Others faced changes in mood and memory and felt anxious, aggressive, paranoid and suicidal. Those who consumed spice repeatedly saw the worst symptoms, including prolonged psychotic bouts. Initially, doctors didn't fully understand what was going on, says D’Souza, because these were such new compounds.

In 2008, chemists determined that the active ingredient in several spice mixtures was a compound called JWH-018, one of Huffman’s first synthetic cannabinoids — an essential finding in explaining the patients’ mysterious, extreme reactions.

Several factors contribute to synthetic cannabinoids’ intensity, says D’Souza, who co-authored a comprehensive overview of these substances in 2013. First and foremost, though synthetic cannabinoids imitate marijuana’s principal psychoactive cannabinoid, tetrahydrocannabinol (THC), D’Souza says they are 10 to 200 times more potent than the original. This fact accounts for their significant side effects.

“Let's say you have a tap,” D’Souza says. “If you open the tap only halfway, you're only going to get about half the amount of water flowing through the tap … a partial agonist would be the tap that's half opened.” Meanwhile, full agonists such as synthetic cannabinoids would supply a flood of water and, thus, a surge of stronger symptoms.

The chemical structure of synthetic cannabinoids may deliver feelings of relaxation and calm similar to those that accompany marijuana. But they could also confer heightened danger and unpredictability. While the high will be much higher, so will the anxiety, paranoia and psychosis.

Since 2008, several countries have passed restrictions against JWH-018 and similar synthetic substances. In the U.S., for instance, the Synthetic Drug Abuse Prevention Act of 2012 placed several synthetic cannabinoids, including JWH-018, into the strictest classification of illicit drugs. Yet, these regulations have their limits — synthetic cannabinoid manufacturers can make minor adjustments to their products’ chemical structure to circumvent these laws.

Because the first generation of synthetic cannabinoids were made illegal in the U.S., Addy says, manufacturers came up with a second generation. Cannabinoid molecules can be altered with the tiniest tweak (like moving a specific molecule’s position) and become an entirely different chemical, he explains. This scenario prompts chemical companies to constantly produce newer, non-regulated compounds. “It’s this ridiculous cat-and-mouse game where state or federal governments will outlaw certain compounds, but there's many more to choose from,” he says.

In 2012, five percent of adults in the U.S. aged 19 to 30 said that they had consumed synthetic cannabinoids at some point in the previous year, according to a 2021 survey by the National Institute on Drug Abuse. That said, these substances are not as prevalent today as around a decade ago. Last year, only 1.2 percent of people in the same age range reported consuming them in 2020. This decline may relate to recent shifts in cannabis regulation.

Most people would likely pick natural cannabis over synthetic cannabinoids whenever legally accessible, says Addy, meaning that the movement to decriminalize marijuana may diminish many people’s demand for synthetic cannabinoids as an alternative. “The main point is that this phenomenon is a direct result of the criminalization of cannabis,” he says. “Criminalizing cannabis is just making things worse for everyone. K2 is an obvious and extreme example of that.”

While it emerged in the increasingly foregone era of criminalized cannabis, D’Souza says synthetic cannabinoid use (and the resulting health risks) may never disappear completely. Fully decriminalized cannabis may discourage potential users from trying synthetic cannabinoids for the first time, yet the drug’s potency could encourage prior users to stick with synthetics. When people who use cannabis try spice, they subsequently don't feel any effects if they return to the relatively weaker cannabis, says D’Souza.

The crux of the issue: Synthetic cannabinoids have higher risks than those forged in nature. In fact, the threat posed by these substances is so immense it’s built into their identity and marketed to thrill seekers. “They were initially sold as ‘K2,’” says D’Souza. “K2 is one of the most treacherous mountains … The name speaks for itself. It can get you really high but can also be really dangerous.”