The Court Jester and the averaging fallacy 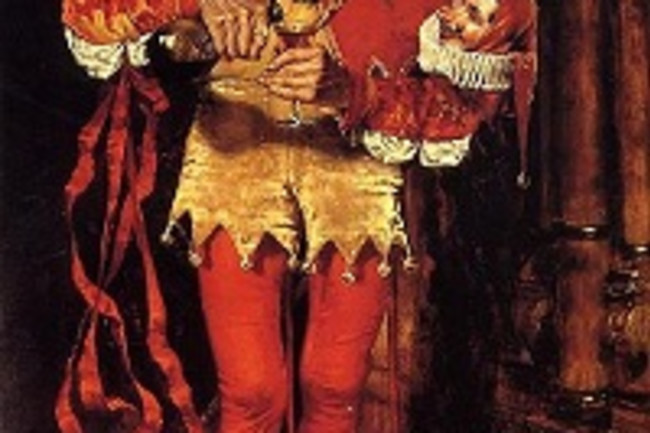 The Pith:Climatic and biological evolutionary pressures on an ecosystem complement at different scales. Neither is "dominant," as that framing is not even wrong.

Yesterday I alluded to the Court Jester hypothesis of evolutionary change, which is often contrasted with the Red Queen hypothesis. The main embarrassment for me as a person who fancies himself a fan of evolutionary process is that I hadn't ever heard of the Court Jester Hypothesis before yesterday. Therefore I went back to the paper which outlined many of the basic ideas of the model in 2001, Distinguishing the effects of the Red queen and Court Jester on Miocene mammal evolution in the northern Rocky Mountains. To be fair, the hypothesis itself is a tightening of a range of ideas which were long in the air. I did know, for example, about the Turnover-pulse hypothesis. These are all a set of models which emphasize the abiotic selective pressures on life forms, as opposed to the biotic ones. An abiotic pressure would be something like the Younger Dryas cold snap. A biotic pressure might be an exotic invasive species spreading through the landscape. In my own mind selection is selection, so I didn't distinguish them too stridently. In fact, most people seem to have abiotic pressures in mind when they conceive of natural selection, so I generally prefer to emphasize the competition and cooperation between and within species. Additionally, it seems that biotic models are more formally tractable and elegantly constructed (I know much of climate change is cyclical, but I assume that "catastrophe" exhibits a poisson distribution?). I generally lack the "thick" knowledge to really make sense of a lot of detailed natural historical treatments, so I probably avoided them because I didn't think I'd get much out of them. In hindsight, this seems foolish and shortsighted. Rather like economists focusing on equilibrium states because of their ease of modeling when periodic exogenous shocks are a major variable within our real lives. 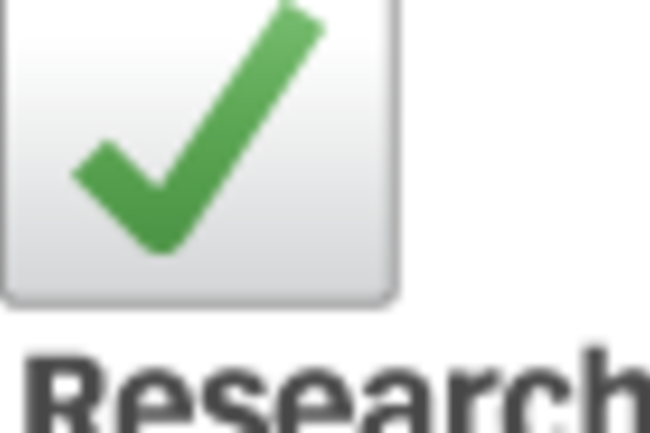 Red Queen hypotheses maintain that biotic interactions are the most important drivers of evolutionary change, whereas Court Jester hypotheses regard physical-environmental perturbations, such as climate change, as most important. Tests for the biotic effects of climate change that are conducted on too large a geographic scale can falsely reject the Court Jester because climate is so complex its manifestation is in opposite directions in different geographic areas. Consequently, faunal responses vary from place to place, and lumping of data from different climate zones averages out any local faunal responses. Likewise, tests that are conducted at inappropriate temporal scales will not be effective at distinguishing between the Red Queen and Court Jester. A test at a temporal and geographic scale that takes the above considerations into account suggests a biotic response of mammals to a climatic warming event in the northern Rocky Mountains 18.5-14.0 Ma (the late-Early Miocene climatic optimum). During the environmental perturbation, mammalian species richness possibly increased, faunal turnover was pronounced, and taxa adapted to warm, arid environments became more abundant in numbers of species and density of individuals. The data are consistent with environmental change—the Court Jester—driving evolutionary change at sub-continental spatial scales and temporal scales that exceed typical Milankovitch oscillations. The Red Queen may be active at smaller temporal and geographic scales.

The Milankovitch oscillations seem to be on the order of 100,000 years. The author argues that species only leave remains within the fossil record if they are able to withstand these smaller regular shocks as part of their normal evolutionary flexibility (this is kind of like the weak anthropic principle). But a major problem in attempting to ascertain the role of exogenously driven change over time is that climate does not have a uniform impact across the globe. By averaging together results from disparate regions one might collapse all the informative variation and give a false aggregate picture. Remember, -1 + 1 = 0, and 0 + 0 = 0. Therefore the author looked at a relatively homogeneous subcontinental region over the course of a few million years. The primary variates of interest were species richness, faunal turnover (e.g., extinction and speciation), and shifts in the relative weights of abundance of the varied taxa (I assume this would impact the index of diversity). Here are the primary results:

Richness—Table 2 compares the raw numbers of species found in each time interval. A strong correlation exists between species richness and interval of time over which the sample potentially accumulated (Fig. 3A), indicating standardization of the data to species per million years is warranted. Per million year richness peaked during He2&3, and remained elevated through Ba1, at first glance suggesting that an increase in Rocky Mountain mammal standing diversity coincided with the warming event (Table 2). Ecologically, this is consistent with ideas that suggest that diversity increases as a function of net primary productivity (up to a point, after which diversity decreases) (Rosenzweig, 1995). With increasing temperature, NPP generally increases, as long as effective precipitation does not fall below critical levels (Brown and Lomolino, 1998). 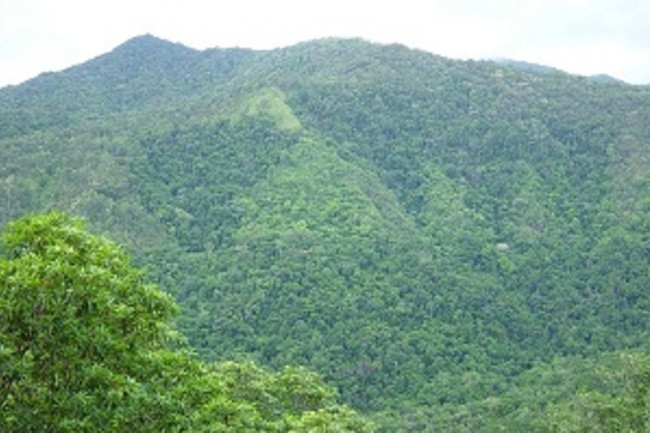 The finding that net primary productivity has a relationship to environmental conditions probably isn't that surprising. Rain forests, whether temperate or tropical, tend to have a lot of biomass because they're near the optimum temperature and precipitation range in terms of the inputs for an ecosystem powered by the ability of plants to produce tissue and energy from sunlight, water, air, and nutrients. You can use an economic or physical analogy, but the causal chain here is rather straightforward. In contrast, a Red Queen model of co-evolutionary arms race is less about concrete modifications of the factors of production, and more analogous to shifts in the organizational and information economy. Or perhaps it is like a planetary system where the various bodies are always cycling around the common center of gravity. The center of gravity remains relatively stationary in comparison to the constantly changing configuration of the individual planets. Let's consider a concrete example: agriculture. One the one hand per unit land yield depends on the weather and inputs like fertilizer. You vary the weather and various inputs and you vary the yield in a relatively straightforward manner as a response. There may also be a necessary rebalancing of the mix of crops which one sows, because they react differently to climate and the lack (or presence) of fertilizer. Now think about the biological factors. To maximize yields farmers may shift toward a less diversified monoculture which is optimized toward the expected climatic regime. But this monoculture is in its turn vulnerable to blights and what not. The race against biological antagonists is not so straightforward as the responses to physical variables, because biologicals constantly shift and evolve in a protean and unpredictable fashion. Ancient strategies may be resurrected after the defenses are forgotten from the residual genetic variation. The Red Queen is about eternal recurrence of the agonistic dance between organisms. It is the perpetual grind. On first glance the Court Jester may seem superficially more unpredictable, but macroscale climatic changes have been a regular feature of the history of the planet earth. Basic biophysical modulation of size and abundance are going to be in repeated flux in response to the whim of the Court Jester. So on a deep fundamental level, selection is selection, and the difference is a matter of scale. 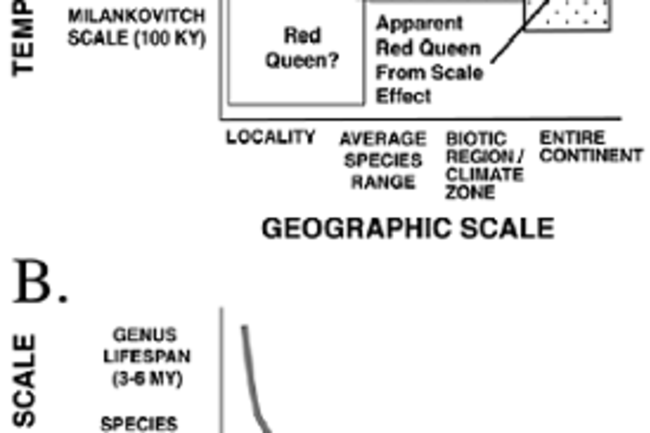 The first panel shows the relationship between the two models varied by time and spatial scale. The Red Queen is in this conception a dynamic of small populations, demes. Imagine local resistances of breeding groups to endemic diseases, and the evolutionary response of those localized pathogens. The Court Jester operates on a subcontinental scale, as well as a longer time frame. Whole ecosystems are remodeled by radical climatic shocks, or geological catastrophes. But observe the zone where the author argues that the Red Queen emerges as an artifact. Why? The averaging of subcontinental scale populations collapses the varied responses and generates a false metastable equilibrium in the data. In panel B you see environmental change, the primary driver of the action of the Court Jester, substituted on the x axis. The nature of the chart is now almost tautological. If you reduce the magnitude of environmental variation, then naturally most of the variation is going to be due to biological cyclical processes. In a situation where there is the possibility of variation due to X and Y, if you remove the possibility of Y, most of the variation will be accounted for by X. Notice that as you push the extent of environmental variation to zero even over eons the Red Queen is still the dominant process. At the opposite end, increasing environmental fluctuation amplifies the power of the Court Jester even over modest time scales. Here's a question though that I wonder about: how artificial is the division we make between biotic and abiotic pressures? Humans reorderd the physical landscape of many species. Are we the Red Queen, or the Court Jester? I think this question has broad and deep relevance. And not just for humans. Citation: