Understanding the bookmarks of our genome may lead to better targeted treatments for disease. 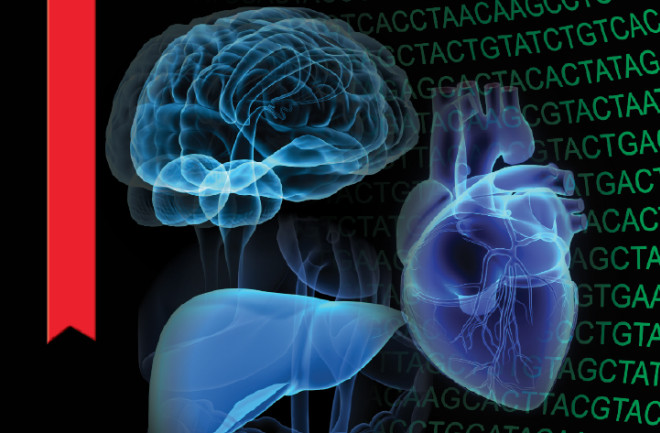 In the 12 years since the Human Genome Project was completed, biologists have linked more than a thousand regions of the genome to disease. “But in most cases, we don’t actually know how they function,” says Manolis Kellis, a computational biologist at Massachusetts Institute of Technology.

Enter the epigenome. If the human genome is the book of life, the epigenome is the collection of bookmarks and highlighting that tells the cell what passages of the book to read. These marks include chemical tags on DNA that make genes unreadable, as well as chemical tags on proteins that help expose DNA inside the cell nuclei, making genes readable. They’re the reason that cells from the liver, heart or brain differ profoundly. The National Institutes of Health Roadmap Epigenomics Consortium, including Kellis, published the most comprehensive map of the human epigenome in February.

Kellis led the data analysis team, which applied machine-learning algorithms to decode the language of the epigenome. The map serves up important clues about how a single fertilized egg can develop into the diversity of tissues in the human body — and how healthy tissue can become diseased. For example, one team in the consortium reported how metastatic cancer cells contain an epigenetic fingerprint that reveals the tissue they came from, which could lead to better-targeted cancer treatments. Another team reported spotting DNA sequences that may trigger autoimmune diseases.

Thousands of mutations are linked to disease, yet only a few cause illness by directly disrupting proteins, the cell’s workhorses. Scientists have figured out how several of the other mutations spur disease.

Using thousands of tissue samples from cadavers, researchers on the Genotype-Tissue Expression project (GTEx) isolated and sequenced DNA and a variety of protein-encoding RNAs from each sample. Many disease-linked mutations, it turned out, lie in stretches of DNA that don’t encode proteins themselves but instead regulate genes elsewhere in the genome that then go on to disrupt tissue function.

Genomic makeup also can affect to what extent genes are turned on or off in a person’s tissues, thereby causing disease, says Kristin Ardlie, a Broad Institute biologist who co-led the analysis published in May.