"In our two populations" = two Swedish samples. The authors point out that if this pans out that this is a big effect, HMGA2 was a much smaller effect. Most of the height genes are much smaller effect than even HMGA. I'm not clear about the worldwide distribution of the haplotype that they have found here, though you should sniff around the SNPs with the HGDP Selection Browser. Main figure below. 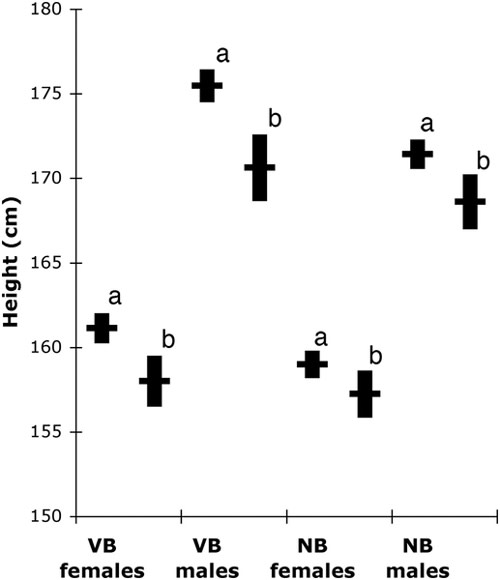 HealthYou've Probably Heard That Coffee Can Stunt Growth. Is There Any Truth to This?
Recommendations From Our Store