Taking an Ice Bath After Working Out Might Impair Muscle Growth

A dip in chilly water might help your muscles feel less sore, at the cost of growing more slowly. 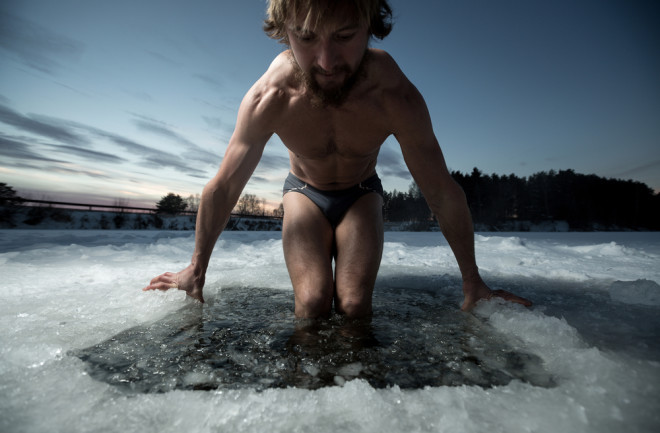 While an ice bath might help with soreness, it will likely also impede muscle growth. (Credit: Dudarev Mikhail/Shutterstock)

Hop into an ice bath after a hard workout, conventional wisdom says, and it'll help your muscles recover more quickly. But new research points out a downside to a chilly dunk: It might hinder muscle growth.

New research found fewer signs of muscle growth in legs treated with ice baths than in legs recovering at room temperature. Published in the Journal of Physiology, the study adds to other, more long-term work suggesting that ice baths post-workout might slow down muscle building, says study co-author Cas Fuchs, a doctoral researcher in the department of human biology at Maastricht University in the Netherlands.

Some research still shows that hopping into cold water after a workout soothes sore muscles. Or, at least, it offers a placebo effect that keeps athletes and their coaches returning to the tub. But some newer evidence indicates that ice baths also keep people from building more muscle after a workout, particularly when it comes to resistance training, Fuchs says.

Muscle grows by repairing itself. Workouts damage the tissue, and new proteins repair the tears and make it stronger. A dunk in icy water might stall that process. “It’s logical if you think about it,” Fuchs says. “If you cool it, you freeze the process in your muscle — you slow it down.”

His research team looked at that possibility by asking 12 relatively active men to come into the lab for leg workouts. After hitting the weight room, each participant drank a protein recovery drink and hopped into two baths at once, soaking one leg in 46-degree-Fahrenheit water and the other in water at 86 F.

Muscle samples taken a few times within five hours of a workout showed that the cooled legs generated about 20 percent fewer muscle-repairing proteins than legs in warmer water. When the researchers gave the participants a few gym-and-soak sessions but waited two weeks to test their muscles, the difference in protein generation between the cooler and warmer legs was less: about 12 percent.

The team also looked at a precursor to muscle growth — a protein indicating that muscle is growing, not an actual change in tissue size. The results from that study, he says, line up with other studies showing that muscle growth after ice baths over weeks at a time was inhibited.

The research group has yet to look at what the results would be for females, who generally have more insulating fat and different hormone levels. There's also a possibility that warming up legs could increase muscle growth, since cooling might be slowing it down.

Either way, the research into these variations on post-exercise recovery is still new and may not apply to everyone. If you just want to reduce muscle soreness, ice baths might be the way to go. “The benefits depend on what you want to get out of [the treatment],” Fuchs says. “What kind of recovery you’re interested in, generally speaking, is important.”