Sweet, Sweet Sunshine Helps Your Heart (and Practically Everything Else) 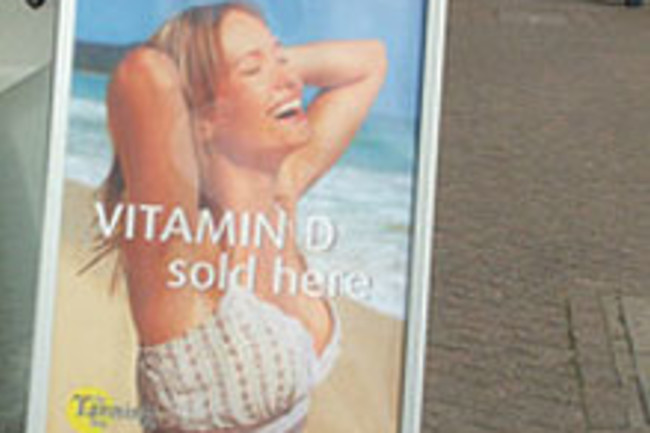 For decades, doctors have warned the public about the dire risks of too much sunbathing and ultraviolet radiation, and the public has responded by slathering on sunblock. Now, medical advice is swinging back in the other direction. A host of new studies have indicated that vitamin D, which is produced by the body when exposed to the sun's ultraviolet rays, helps reduce the risk of heart disease, cancer, diabetes, and other diseases. The latest study followed over 18,000 men and found that men with vitamin D deficiency were more than twice as likely to have a heart attack than those with normal levels of the nutrient. They were also more likely to die as a result of heart disease. The study was published in the Archives of Internal Medicine [subscription required]. Researchers corrected for such factors as family history, weight, and cholesterol levels, and say the results were striking enough to warrant new recommendations. Lead researcher Edward Giovannucci says it's advisable to go out in the sun, sans sunblock, for a brief period each day. On a sunny day in the summer, just 10 minutes outside in shorts and a T-shirt will generate enough vitamin D to reach the higher levels found protective in the study, Giovannucci said. Light-skinned people, the group with the highest risk of skin cancer, are the most efficient at producing vitamin D and need the least time in the sun, he said. Darker-skinned people need two to three times longer, he said.

"The people most concerned about skin cancer should definitely not be baking in the sun, but for about 10 minutes at midday, you can make a lot of vitamin D quickly," he said. "You don't need to get a sunburn to make vitamin D" [Bloomberg].

In the winter months when the sunshine is weaker, it's a good idea to eat plenty of vitamin-fortified food or to take vitamin D supplements, Giovannucci said. While the vitamin doesn't occur naturally in many foods, milk and cereals are usually fortified with it. Doctors already knew that vitamin D is important for strong bones, but recent research has suggested that it's linked to many more health benefits. Last week, another study found that vitamin D deficiency increased the risk of diabetes, and a study last month linked deficiency to a lower chance of survival in breast cancer patients. All these results are very intriguing, but doctors have to admit that they don't yet understand why high levels vitamin D are linked to so many positive health outcomes. Regarding the heart disease connection, researchers have only theories. Giovannucci speculated that several mechanisms could be responsible. Previous studies have suggested, for example, that low vitamin D levels lead to a buildup of calcium in atherosclerotic plaques on the walls of arteries, increasing the risk of heart attacks.

It could also affect blood pressure, or even have a direct effect on functioning of heart muscles, making them more susceptible to arrhythmias. "We obviously need to understand the mechanism better," he said. "But that requires randomized trials, which is a big undertaking" [Los Angeles Times].