Surprising Study: Put Down the Vitamins & Free the Free Radicals 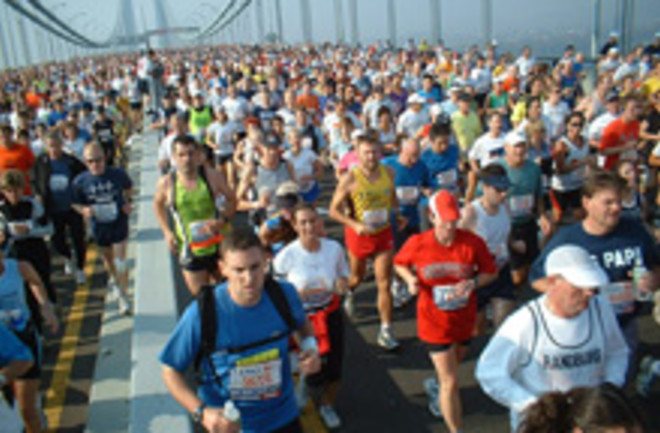 In recent years, antioxidants have been touted as a secret to healthy living: The molecules bind to reactive oxygen compounds called "free radicals" that

are known to damage the body’s tissues. The amount of oxidative damage increases with age, and according to one theory of aging it is a major cause of the body’s decline [The New York Times].

But a new study examined the effects of the antioxidant vitamins C and E when combined with an exercise regimen, and found a considerably more complicated story. The researchers found that free radicals may be beneficial in small doses, and may even help protect against diabetes.

And mopping them up with antioxidants may do more harm than good [BBC News].

During a workout, the muscles metabolize glucose to create energy, but in the process some free radicals are released. The body has a natural defense mechanism to combat these free radicals, but many researchers had theorized that the body can't catch all of the harmful compounds, which makes antioxidant supplements sound like a logical solution. In the new study, published in the Proceedings of the National Academy of Sciences, the researchers

tested this proposition by having young men exercise, giving half of them moderate doses of vitamins C and E and measuring sensitivity to insulin as well as indicators of the body’s natural defenses to oxidative damage.The [researchers] found that in the group taking the vitamins there was no improvement in insulin sensitivity and almost no activation of the body’s natural defense mechanism against oxidative damage [The New York Times].

The loss of insulin sensitivity is thought to be a prime cause of adult-onset diabetes. The researchers suggest that the small amount of free radicals produced by exercise may be necessary to trigger both insulin sensitivity and the body's natural defense mechanisms. Since the volunteers who were taking vitamins swept free radicals from their systems, those responses lay dormant. But researchers say the surprising findings don't mean that people should avoid healthy vegetables that contain antioxidants, just that they may want to skip nutritional supplements with artificially high levels of antioxidants. Nutrition expert Elisabeth Weichselbaum comments:

"If you stick to a healthy and varied diet, you generally get enough of the nutrients you need and you don't run the risk of consuming large amounts that may be harmful for you" [BBC News].

Can Healthy Foods Be Toxic?